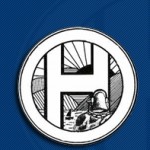 Two special presentations took up the bulk of the March 22 Haldane Central School District Board of Education meeting. Dr. Mark Villanti, the superintendent, presented a budget update  taking into consideration the latest developments in Albany, which may affect the district. These include passage of the governor’s 2 percent property tax cap and deliberations in the legislature about shifting additional costs to local districts and the final amount of state aid that will be awarded to schools. The second presentation, by Facilities Director Wayne Robinson, and 105 Architecture described the Building Conditions Survey, commissioned by the district as a prelude to preparing the next 5-year capital facilities plan (scheduled to begin in the 2011/12 school year). The federally mandated facilities plan was inaugurated in 2000 and requires school districts to identify and evaluate campus-wide facility, infrastructure and maintenance issues on a yearly basis within a defined 5-year plan.

Villanti cautioned the board that they must not only look to this year’s budget, but “down the road” in light of state-wide economic conditions. He prefaced his budget update with selections from Economic and Fiscal Outlook for the State and Schools, by Robert Lowry, and presented at the 2011 New York State Council of School Superintendants Winter Institute. The report presents a dire picture for school districts throughout the state over the next five years. It predicts that Foundation Aid (based upon per capita pupil costs and a district “wealth” ratio) for operational costs will decrease yearly. Likewise Formula Aid (reimbursements for transportation and special education) will also decrease. Villanti said that “we can expect less money over the next three years.” Lowry’s report also projects increasing costs for teacher and employee retirement plans. Employee retirement costs to school districts are projected at 12.18 percent (2011); 16.77 percent (2012); 18 percent (2013); and 20 percent (2014). Over the same period teacher retirement costs are projected to increase from 8.6 percent to 11.11 percent.
Reporting on recent state budget developments in Albany, Villanti said that the governor’s budget includes a proposal to shift $176 million in costs from the state to local school districts, although this has met resistance in the legislature. As well the final amount of school aid to be approved remains in flux with”$280 million added by one branch and $200 million by the other.” If approved, the 2 percent tax cap is not scheduled to go into effect until the 2012/13 school year. However, Villanti suggested there are signs that Gov. Andrew Cuomo wishes to move up the effective date. The tax cap would be the lesser of 2 percent or the change in the Consumer Price Index (CPI) over the preceding year. Districts would be allowed to override the cap but only with a super-majority vote of 60 percent. Villanti criticized Cuomo for squeezing districts with the tax cap while refusing to reduce state mandates. Villanti also took issue with Cuomo for – as the superintendent sees it – rhetoric that identifies select negative statistics about state-wide educational performance to bolster his views while omitting positive performance in other areas.

The superintendent presented a spreadsheet identifying the current state of the proposed budget. The 2011/12 roll-over budget of $21,995,979 represents a 2.49 percent year-to-year increase. Based on the roll-over budget, the tax levy increase would be 4.21 percent, which Board Vice President Joe Curto described as being more than the community would accept. Actions taken to reduce the proposed budget and reduce the tax levy increase include $382,349 in cuts and application of a total of $980,000 from the employee retirement contribution reserve ($330,000) and the unappropriated fund balance ($650,000.) The combination of cuts and reserve fund revenues would result in a tax levy increase of 1.92 percent (which is less than the governor’s proposed cap). Given all the unknown factors, Villanti told the board that the spreadsheet’s figures represent the district’s “best guess” as school officials develop the budget.
The proposed use of nearly a million dollars from reserve funds raised questions from both the board and members of the audience. Trustee Curto asked whether there would be enough left in the reserves, for unforeseen expenses, after such a large amount is used for the current budget. Resident Peter Henderson echoed Curto’s comment, asking where the use of such a large amount would leave the district in future years. Villanti responded that “current conditions require us to use the reserve” but that the district would still have reserves totaling 4 percent of the budget (which is the state-mandated limit). He acknowledged, however, that “if reserves are not maintained, staff would need to be cut.” Clarifying that remark he said he did not wish to take that step this year. Curto stated that use of money from the reserve funds will not “decimate us” as it has some other districts in the area that will exhaust their reserve funds this year to balance their budgets. Villanti pointed out that Haldane has historically endeavored to create and fund various reserve funds. These funds, which have been set aside, are now being used to mediate the tax levy increase.

What’s 40 percent of a teacher worth?
At an earlier budget meeting, the board discussed the possibility of reducing the Spanish teacher from a full-time position to a 60-percent part-time position to save money. A major consideration was the impact this would have on class size. Given the large pool of possible applicants, Villanti suggested that a “qualified” part-time teacher could be restored to full-time as conditions warrant. The issue was not resolved at the earlier meeting and Villanti asked the board for direction, citing the need to allow suitable time for advertising and candidate reviews. Trustee Mike Junjulas said that he did not see increased class size as a problem and indicated that any step the board can take to reduce the tax levy should be taken. Trustee Gillian Thorpe disagreed, stating emphatically that the position should “not be cut.” She said that, instead, the area [of foreign language instruction] needs to grow. Curto agreed with Thorpe, saying that “we will get a more-qualified teacher for a full-time position.” With the majority of the board in favor of a full-time position (Trustees Merandy and Schwartz were absent), Business Manager Anne Dinio said that the gross cost difference between this part-time and full-time position was about $30,000. Villanti suggested he has some options for moving monies around that would allow funding of a full-time position without increasing the budget.

The 5-year capital facilities plan
Facilities Director Robinson began with a recap of work completed under the previous 5-year plan. Major facilities projects completed include roof and masonry repairs to the main building, an energy performance contract, a Heating, Ventilation and Air Conditioning (HVAC) heating alternatives study, upgrades to the boilers and HVAC equipment, and various ADA (Americans with Disabilities Act) improvements.
Pam and Gary Gunther, principals at Cold Spring-based 105 Architecture, presented a slide show highlighting aspects of the Building Conditions Survey. Common to all buildings were ongoing upgrades to the electrical and computer network systems, necessary exterior caulking and sealing, site work and upgrades/repairs to the HVAC systems. The report recommends that a campus-wide ADA survey be commissioned to comprehensively identify areas of non-compliance. The Gunthers emphasized that no facilities are “grandfathered” under ADA guidelines and that the district is required to meet these guidelines. Non-compliance items noted in the survey included bathrooms in all buildings, except the high school, and appropriate railings for the ramp to the Administration Building.
Among the areas identified as health and safety issues were the boys’ and girls’ locker rooms, due to age, high use and general degradation. The exterior stairs to the main building’s boiler room present several safety issues including a degraded retaining wall, general step disrepair and a non-code compliant railing. Robinson indicated that the railing could be addressed immediately on a temporary basis. The athletic field bleachers and concession stand were also cited as safety issues. The concession stand, especially, lacks appropriate emergency egress and signage. Junjulas expressed surprise that the district’s insurance carrier had not indentified this area and Gary Gunther agreed.
Villanti and board members complimented the Gunthers on the thoroughness of the survey and praised its level of detail. At the same time, board members appeared somewhat stunned by the sheer volume of work that will be required. Villanti said that the board would evaluate the survey to establish a priority list and associated budget.
Presented as a hand-out, but not discussed, was a District-Wide Analysis Prioritization schedule for the next five years. The analysis is a one-page summary organized by campus area identifying costs to remedy all the issues identified in the Building Conditions Survey. Allowing for inflation, it identifies costs of $2,824,539, in 2011/12; $300,650 in 2012/13; $193,128 in 2012/14; $551,327 in 2014/15; and $135,766 in 2015/16 for a 5-year total expenditure of $4,005,410. Nearly 75 percent of this amount is dedicated to repairs to the main building. The bulk of the remaining 25 percent falls to the high school and Merritt buildings and bus garage/administration building with only a minor amount for the modular classrooms.