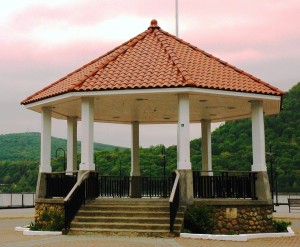 As soon as it became legal, same-sex marriage drew long lines of eager couples, as well as some vehement protestors in New York City. But some 50 miles up the Hudson River, interest is building more slowly.  In the first week after New York State’s Marriage Equality Act took effect on July 24, two same-sex couples applied for licenses from the Town of Philipstown Clerk’s Office, which issues them for the town, Town Clerk Tina Merando reported on Monday (Aug. 1).  She noted that she and Deputy Town Clerk Joan Clauss can both officiate at weddings. “We have not been asked to perform any ceremonies as of yet, but will do so when requested,” she told Philipstown.info.

Philipstown and Cold Spring justice court staff also reported no inquiries about having their judges preside at same-sex nuptials. Nor has the Village of Nelsonville received any requests, Pauline Minners, village clerk, said Monday afternoon. Yet, she added, the village has not gotten any requests from heterosexual couples for some time, either.

In Cold Spring, Village Clerk Mary Saari said no wedding requests had come to her, but that she is not always involved, as Mayor Seth Gallagher can preside at weddings and has done so on various occasions during his two years as mayor. He reportedly officiated at a same-sex wedding on July 27, shortly before he left for vacation, but as he was out of town details could not be immediately confirmed. 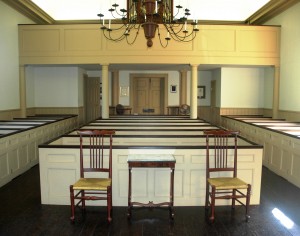 Interior of the Chapel Renovation

The Chapel Restoration on the riverbank in Cold Spring announced in July that it would be available for same-sex weddings, as it is for other weddings, for which it charges a fee. By Tuesday morning (Aug. 2), one couple had a reservation to use the facility, built in 1833 as a church and now run as a non-profit historic structure.  “The same-sex wedding we have booked has not yet taken place,” said Gail Greet Hannah, a Chapel Restoration board member. “No others are currently pending. We respond to inquiries as they come in. Weddings at the chapel are weddings at the chapel regardless of the sex (religion/race/ethnicity, etc.) of the couples involved.” She also explained that “we prefer not to provide a rolling tally” of weddings as they occur but make the figure information available in the year-end report at the annual public meeting in November.

Opposed by some on religious grounds, New York’s new law prompted officials in municipalities elsewhere in the state to either resign a job as clerk or give up some responsibilities under it, rather than issue licenses to same-sex couples or officiate at their weddings. No such sentiments have been expressed in Philipstown. As Minners in Nelsonville put it, any same-sex couple seeking to tie the knot in Nelsonville would be assisted to do so, like any other couple. “I would imagine we would have to,” she said. “It’s the law.”
Photos by L.S. Armstrong