Philipstown will be represented by Democrats in Albany and Washington

The election results this week brought significant changes to the political landscape of the Hudson Valley and therefore will likely affect the politics and policies influencing life within Philipstown.

Local race against the tide 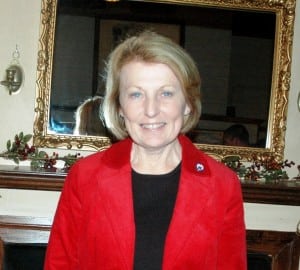 Republicans, local and county, could rightly claim a take-back win with the election of Barbara Scuccimarra to the Putnam County Legislature one year after she was defeated for reelection to the Town Board. But they had to also face the more daunting reality that Democrats took back both the area’s congressional and State Senate seats and also continued to hold the State Assembly seat.

As with any election, the ground this time was different in Scuccimarra’s win over Democrat Steve Rosario for county legislator, and she was able to take advantage.

This year, with national and state offices dominating the landscape, the lone town race took on a diminished profile and produced a scenario positive for Scuccimarra.

Scuccimarra began the race with arguably greater name recognition by virtue of her more recent service on the Town Board. Rosario had served in the 1990s. She also did not emphasize her Republican affiliation, choosing instead a simple but effective campaign slogan of “people over politics,” while underscoring her genial approach to politics and her commitment to protecting the local environment.

In two debate appearances with her opponent, Scuccimarra said her close relationship with County Executive MaryEllen Odell would also make her a more effective advocate for the town.

Absent from this race was the energy of a local Democratic organization intent on winning the seat. Richard Shea, although a vocal critic of county treatment of Philipstown, did not appear to participate publicly in the campaign at all. His mentor and predecessor as supervisor, Bill Mazzuca, on the other hand endorsed Scuccimarra and appeared in her campaign advertisements. The endorsement may have persuaded some Democrats, especially longer-term town residents, to cross party lines.

In addition, some local activists admitted privately that although they helped Rosario, they were preoccupied organizationally with assisting congressional candidate Sean Maloney, now a local himself.

The Putnam County Republican organization also weighed in, effectively according to local Dems, with a late-in-the-campaign mailer portraying Rosario, a lobbyist for the chemical industry, as anti-environmental.

If Putnam County and local Republicans obtained a measure of satisfaction from Scuccimarra’s victory, they could not have failed to cringe over what Democrats achieved regionally, the more significant victories overall, and ones that will have impact on the local political scene.

No doubt helped by the lopsided margins for President Obama within the 18th district, Maloney, who pounded Hayworth over her support for the House Republican economic agenda, overcame Hayworth’s expensive attempt to portray him as an outsider without Hudson Valley roots and her as a more moderate version of the record she created.

Assuming Maloney maintains his residence in Philipstown, his presence can only serve to assist the town generally in a variety of ways. He will also bolster the local Democrats by providing a significant political counterweight to both local and county Republicans.

Maloney will have to work hard to maintain his seat, which has a history of turnover and swing between political parties. Sue Kelly (R), John Hall (D), Hayworth (R) and now Maloney (D) have won in just the last 10 years.

On the state legislative level, Philipstown will now be represented by two Democrats.  Long-time incumbent Sandy Galef easily won reelection to the State Assembly against an inexperienced and under-funded opponent. Greg Ball, the outgoing Republican incumbent through redistricting, did win in his new district.

Gipson had to contend with Democratic Gov. Andrew Cuomo’s strong endorsement of Saland principally for his vote in support of the Marriage Equality Act. Cuomo also didn’t care for Gipson’s questioning whether the governor’s 2 percent cap on property taxes was the right way to support schools and municipalities. Saland also benefitted from other Democratic support largely from the gay community.

However, Di Carlo, who lost to Saland in the Republican primary, continued to run almost exclusively to punish Saland for his support of gay marriage. He harshly criticized Saland for acceptance of support from “the gay mafia.”  Di Carlo’s 13,000 votes on the Conservative line clearly made a difference in a race Gipson (also a supporter of gay marriage rights) apparently won by 1,603 votes. Final election results await the counting of absentee ballots.

5 thoughts on “Democrats Win Big in State and Federal Races”