Storm could dump a ton on the town

The dusting of snow expected before the arrival of the blizzard named Nemo turned into a nameless but significant storm of its own Friday afternoon (Feb. 8). By evening’s fall, 6 inches had already smothered the local landscape, challenging snowplow operators both official and entrepreneurial. 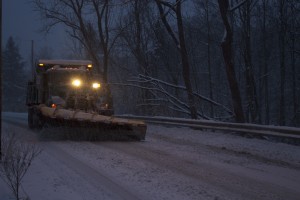 Town and county trucks were active on roadways all afternoon plowing and salting. Officials said they were working through the night to try and keep pace with the storm.

With the wind just beginning to swirl in advance of Nemo’s full thrust, the town and villages awaited the blizzard’s wrath with a general quietude. Usually busy rush-hour roads had emptied of vehicles by early afternoon.

Local officials as of 6 p.m planned no special emergency operations. Town board member John Van Tassel told Philipstown.info that he and other officials and emergency responders would mount a quick response if conditions warranted. A prolonged power outage could trigger such as a response, especially if residents require help with emergency shelter.

Central Hudson, the area’s electrical utility, warned of the possibility of power loss given predicted high winds. Extra repair crews are prepared, and contact with other regional companies has already taken place, according to an email from the company. Power losses can be reported at 845-452-2700 or at centralhudson.com.

Charging cellphones and other devices not dependent on electrical outlets is recommended. Turning off or unplugging major appliances if power is lost is also suggested to avoid damage. Outdoor lights left on let repair crews know when power is restored at your home.

Cold Spring police said snow parking rules were in effect as of 12:01 a.m. Saturday until 6 a.m. Residents are advised to move their cars to designated parking areas such as the parking lot on Fair Street and Kemble Avenue south of the Boulevard. Cars found on regular streets will be towed as needed at owner’s expense.

Among other activities, the town recycling center is closed Saturday. 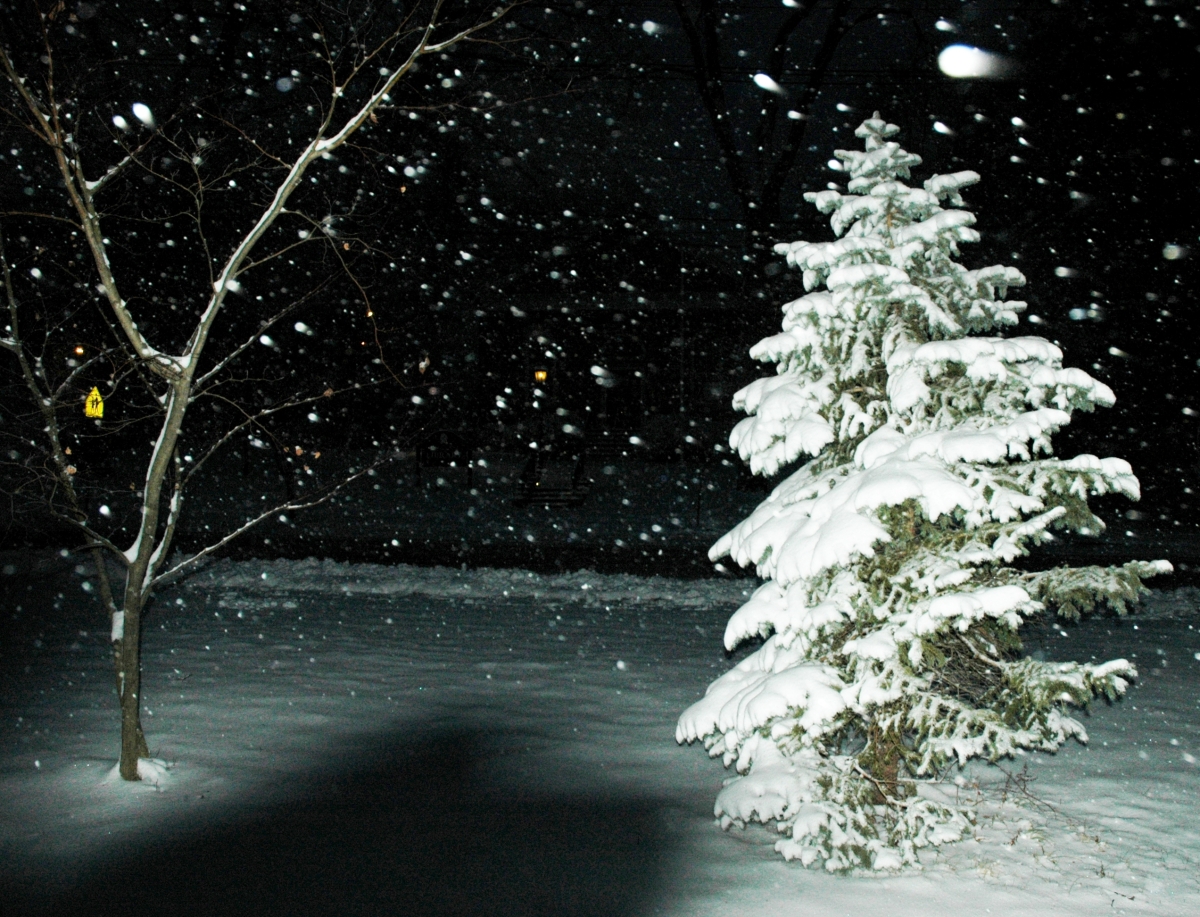 Wintery trees on Morris Avenue, with the street and Butterfield Library obscured in the background, Friday evening; photo by Liz Armstrong 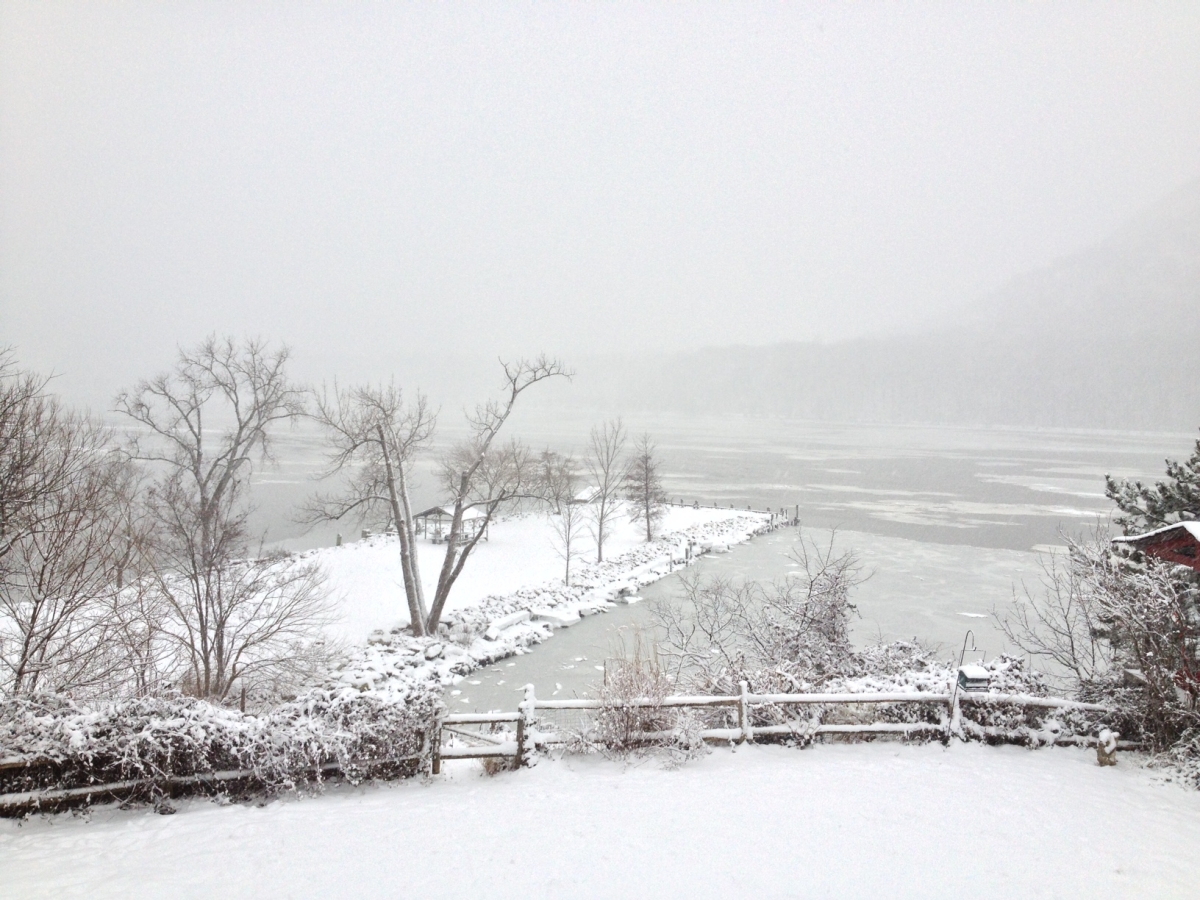 View of the river from Market Street in Cold Spring at 4 p.m. on Friday, Feb. 8 (Photo by Christine Simek) 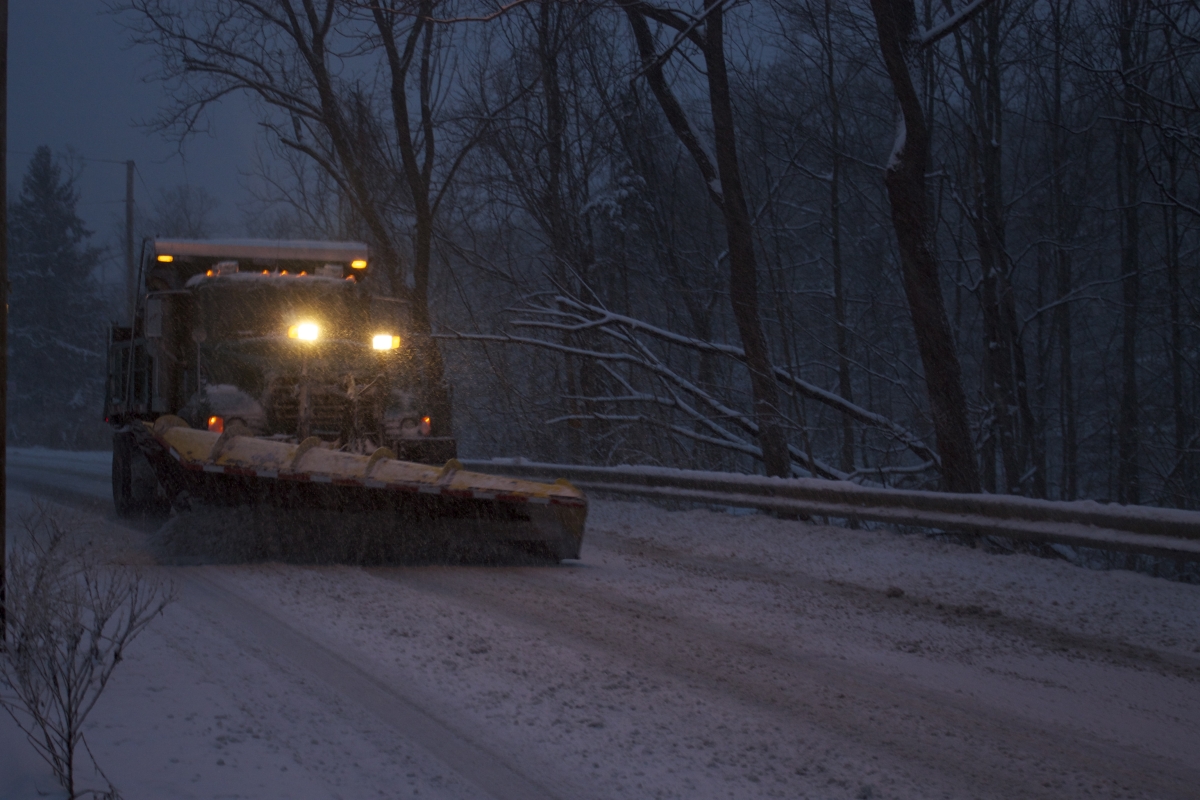 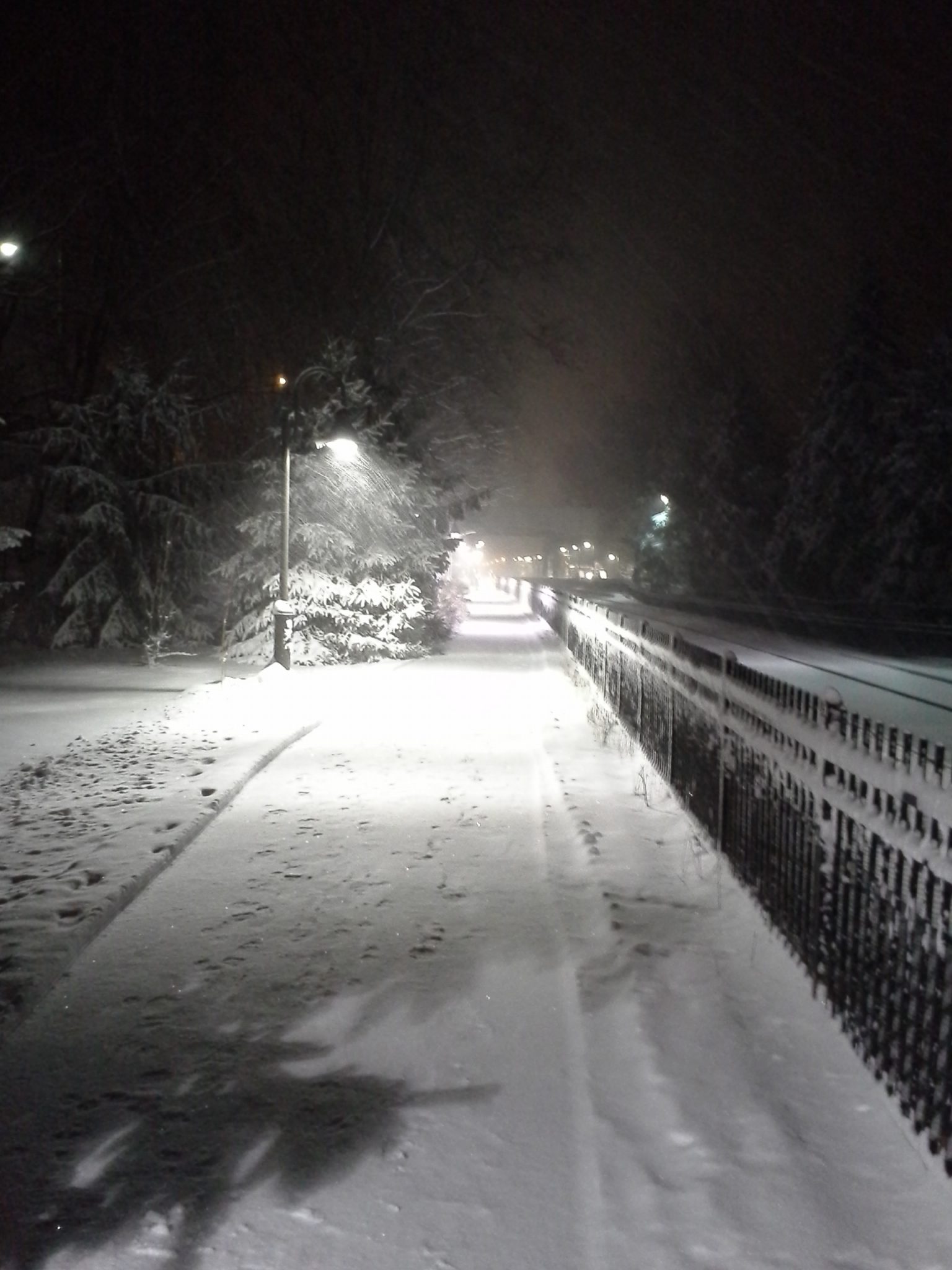 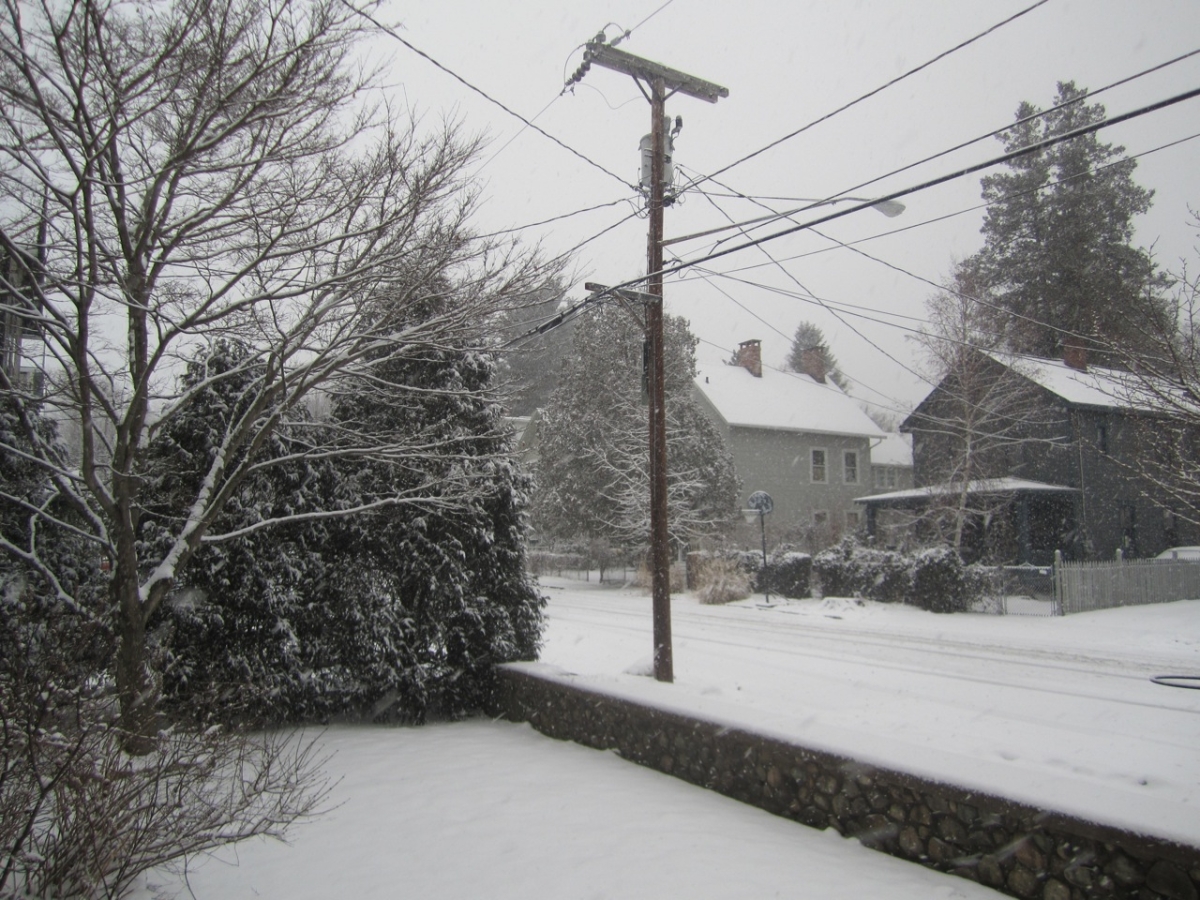 No ghosts on Parrott Street except the ghostly coating of the early snowfall, around 3 p.m. on Feb. 8 Photo by A. Rooney 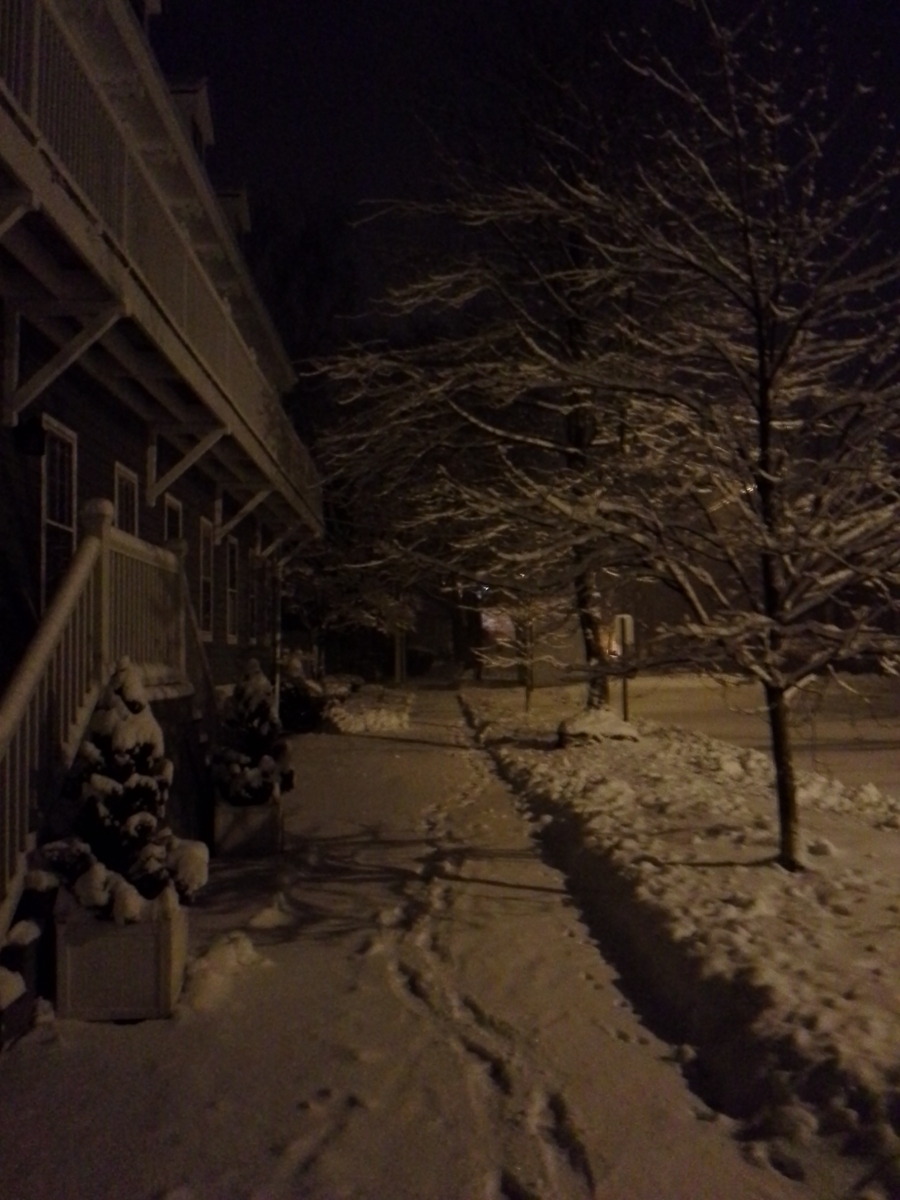 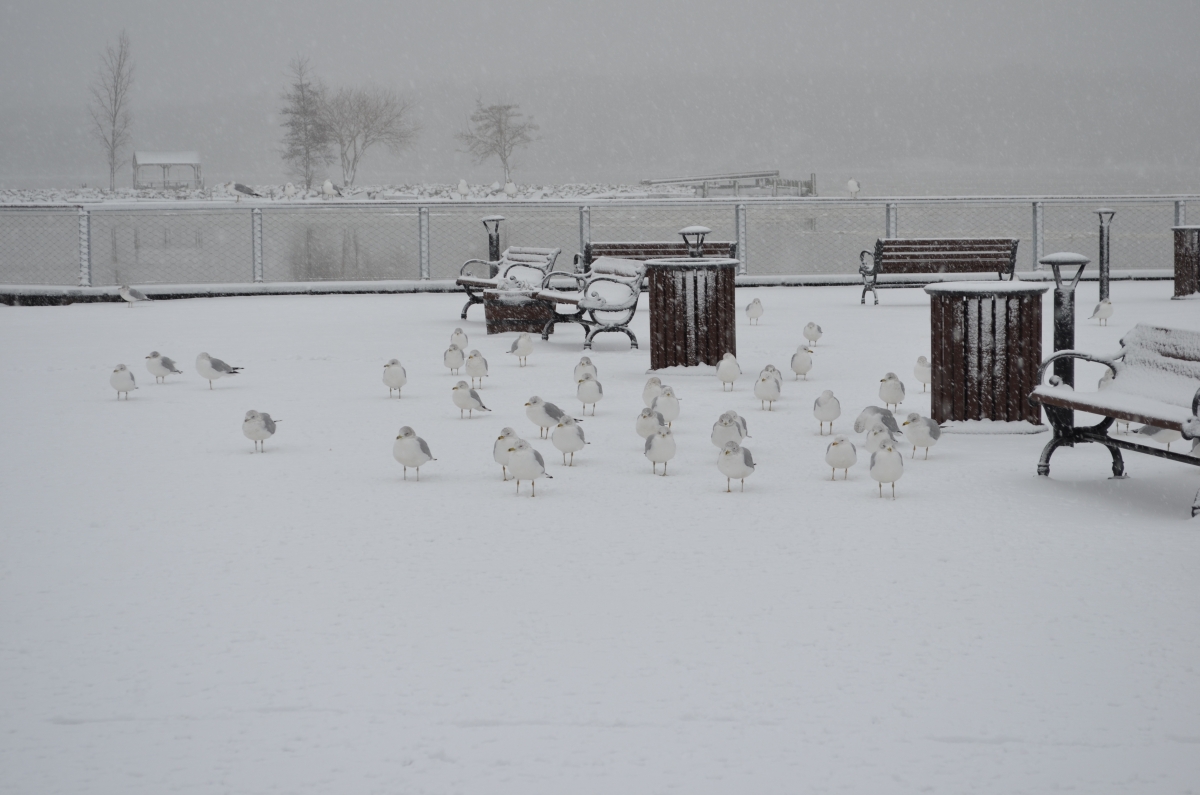 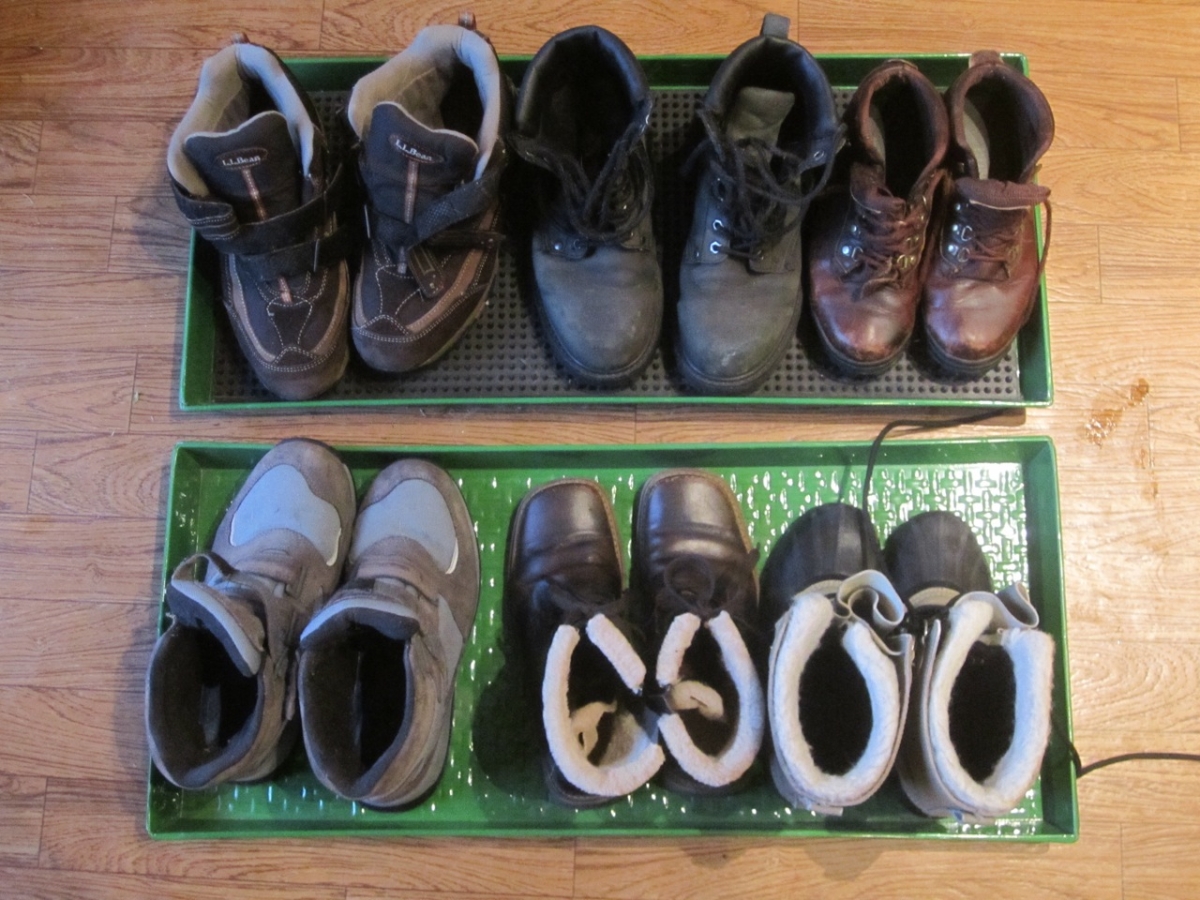 Ready for their shoveling workout, a family's snowboots lie in wait. Photo by A. Rooney 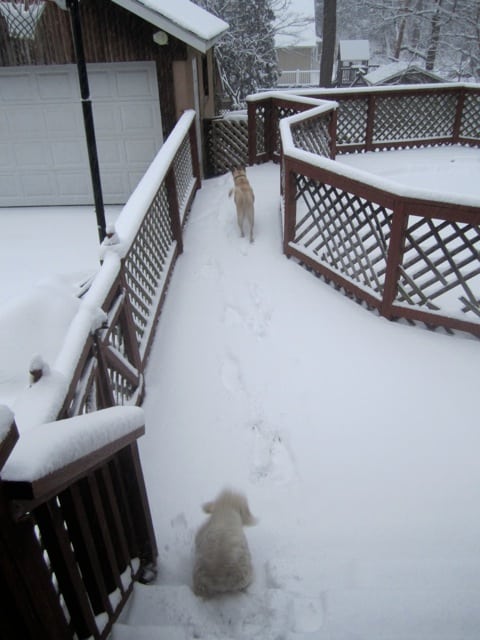 Dog days of winter Photo by A. Rooney 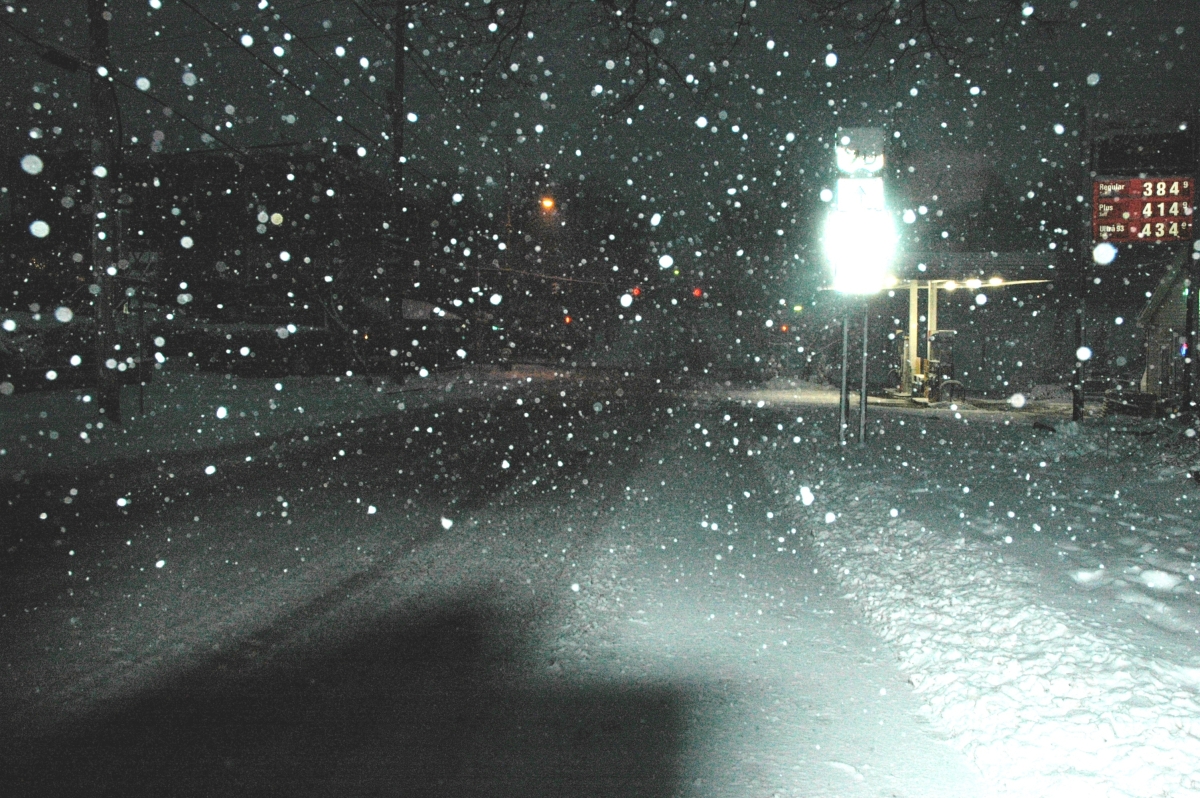 Looking south on Morris Avenue (Route 9D) to the intersection with Main Street (Route 301) and the traffic light, around 6 p.m.; photo by Liz Armstrong

One thought on “Nocturnal Nemo Haunts the Hudson Valley”