By a 7-0 vote, the Putnam County Legislature Tuesday night (Aug. 27) extended the current county sales tax of 8.37 percent for two more years, beginning on Dec. 1. Occurring at a special legislative session, the approval capped a day in which the Philipstown business sector had expressed fears the tax would rise by 1 percent and harm local trade. 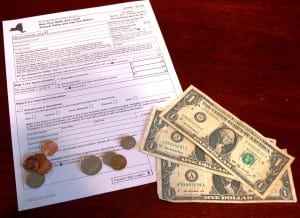 With somewhat confusing language in their resolution, the legislators “imposed and [specified] there shall be paid an additional 1 percent rate of such sales and compensating-use taxes, for the period beginning Sept. 1, 2007, and ending Nov. 30, 2015.” According to Diane Schonfeld, legislative clerk, the law simply extends the current sales tax, which had been raised by 1 percent in 2007 under state provisions that require an extension every two years.

“It is just continuing the current sales tax the way it is,” she told Philipstown.info Wednesday (Aug. 28). Nothing is being increased.”

In a letter to Scuccimarra on Tuesday morning, Debbi Milner, president of the Cold Spring Area Chamber of Commerce, cited chamber members’ concerns that, “with many of our merchants still recovering from the economic downturn,” legislators intended to increase the sales tax above 8.37 percent – or 8-3/8 when listed as a fraction. After the vote, Milner said chamber members “were relieved to learn that the vote was not to increase the sales tax beyond its current level.” 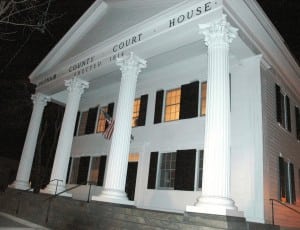 But the chamber also sought a sharing of county sales tax revenue with local jurisdictions in which it originates. Unlike Putnam, many counties supply a share of sales tax money to towns, villages, school districts, and others. A chart provided Aug. 28 by the Chamber of Commerce and found on the government-openness website publicsignals.com showed that as of 2011, in New York State 43 counties returned some sales tax. Another 15 did not, including Putnam.

“We ask that a fairer share of the taxes collected be distributed back to our area, given the proportion that we contribute to the county,” Milner wrote Scuccimarra before the vote, asking her to “lobby to return more of the collected taxes to our town.”

Milner reiterated that position in comments to Philipstown.info on Aug. 28. “The Chamber would like to see the county begin the equitable sharing of sales tax revenue with local municipalities,” she said. “Putnam is the only county in the Mid-Hudson region that does not do so.”