For the longest time, I was convinced I had a problem with schedules. My parents, who can hardly bring themselves to steep a cup of tea for a visitor unless it was written down in their calendars ahead of time, have frequently lamented my capriciousness when it comes to making plans. They know, as of this writing, what they will be doing for most of March.

I, meanwhile, am not sure what I’m doing tomorrow.

Yet I realized some years back that I am no outlier in this regard; this is how most of my friends are, too. Our work lives may be governed by demanding timetables, but our downtime is something we mostly make up as we go along. We are open to (or at the mercy of) whatever experiences may blow our way. 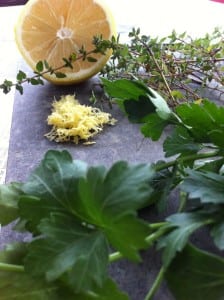 And it seems we have passed this trait along to the next generation. Last weekend, my son Henry invited a friend over to work on a project for school. The work ended, the friend stayed for dinner and then spent the night, one thing evolving into another quite seamlessly. When his dad arrived to pick him up the next morning, the boys were just waking up, so the dad joined us for breakfast: French toast, syrup, juice. Nothing fancy, but it was nice, what with the sharp November sunlight skating across the breakfast table and all of us feeling fresh and genial.

I love feeding people on a whim. It makes me incredibly happy to be able to say, “Here, pull up a chair. There’s plenty.”

And to mean it.

Yet I confess that it took me awhile to get to this point. When I was younger and living in the city, I idolized cooks who could welcome unexpected guests without breaking a sweat. But even though I tried to mimic their gestures of hospitality, inside I would be roiling. Why? I still don’t really know, only that I often felt put out by last-minute changes to the logistics of a meal.

Which is strange, because cooking itself is something that demands enormous flexibility. An herb has wilted so you substitute something else; the pot you need is in use, so you commandeer another; the humidity is off; the bread doesn’t rise; the rice burns; someone ate all the pasta at snack time.

I could roll with all of this, no problem. But the at-the-table part of the process operated on a different frequency for me. There, I was cursed with rigidity.

I would like to be able to tell you that some profound revelation got me over this problem, that I discovered some great truth about What Really Matters in this world. But I suspect that what actually cured me was having kids. Not just because their friends and friends’ parents quickly became a part of the daily texture of our lives, but because the crazy enormity and unpredictability of their appetites meant – means – that I am always cooking vast quantities of food. Quantities that make no sense to me at all; that, on paper, should serve 8 or 12, but can easily get polished off before the dishes are done.

Last Saturday, I bought nearly two-and-a-half pounds of fish at the market – an amount that would once have struck me as insane but now just seems prudent. I’d planned to make it that night, but then Henry’s friend stayed and, although I will serve many strange things to other people’s children, I won’t serve them fish. On Sunday, my mom came by for tea and to drop off some belated birthday presents for George. Naturally, she had called several days in advance to inform us of her plans. But as the afternoon wore on, she decided to stay for supper (go crazy, Mom!), and I was delighted she did. I upped the quantity of rice and salad, and there was plenty of fish to go around – enough, in fact, for a small feast in celebration of serendipity.

I have used this recipe with all kinds of mild fish; I particularly like it with sea bass. The technique described is for skin-on filets.

zest and juice of ½ lemon