“You have to eat and keep going. Eating is a small, good thing in a time like this.”—Raymond Carver, A Small, Good Thing

There are very few things in life you have to do, and no human activity is sustainable without nourishment – you must eat. And as long as we’re doing this thing, we may as well be mindful of the processes – preparing, cooking, eating, sharing – and bring to them as much curiosity, craft, honesty and enjoyment as we can.

Yet even after acknowledging this, I really don’t feel much like cooking, or eating. Or writing about cooking or eating. 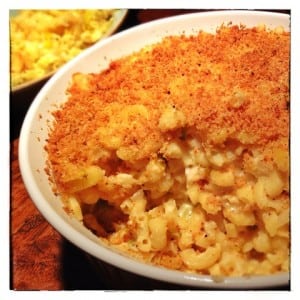 Here in my village by the river – the foundry town that helped build the rail lines we daily take for granted – a stunned silence and sadness infuses the brightest corners and the most commonplace interactions.

A neighbor, a husband, a father, a friend is gone.

There is nothing to say or do that will change the specifics of our grief. Homilies will be written and delivered by officials and well-meant clichés will be uttered in complete sincerity by the rest of us who can’t find the words that might function as a temporary salve for the sorrow. Reasons will be sought and blame will be placed, but there is no antidote, no cure, for loss.

A literary aside: in the story quoted above, Raymond Carver tells the story of Ann, a young mother who orders a special cake for her soon-to-be 8-year-old son, Scotty. Shortly thereafter, Scotty is out with a friend and is tragically hit by a car ultimately lingering, hospitalized, in a coma. The anonymous, oblivious baker from whom she ordered the cake calls repeatedly, leaving hostile messages hounding her to collect and pay for the cake she ordered.

After the boy ultimately dies, Ann and Howard, her husband, angrily confront the fleshed-out, harried baker working alone in his shop at midnight. Realizing his mistake, he poignantly apologizes, sharing his own feelings of doubt, loneliness, childlessness and inadequacy and, in the process, a palpably human sorrow and compassion. His subsequent offerings – cinnamon buns; dark, fragrant bread fresh from the oven – dress the makeshift altar of their shared sorrow. This is communion. This is community.

I don’t really bake – too much science and not enough art; not enough metaphor. The best I can do today is comfort food – unsophisticated, unpretentious, familiar. No hyperbole; just fundamentals: warm, soothing, filling – and, well, comforting.

Macaroni and cheese: the original recipe is buried somewhere in history (reportedly a 14th century English ur-recipe exists) and the ingredients, culinary motivations and endless variations, extend to almost every culture. Bacon and leeks are my favorite-but-unnecessary elaborations. (And can we forget truffle oil ever existed?)

This, to me is the essential recipe: the Béchamel (don’t get scared – just a simple white sauce of butter, flour and milk) acts as a medium for the cheeses. (I use three: cheddar for sharpness, Fontina for its nutty creaminess, and salty Romano mainly to finish.)  Serves 8-10.

1) Using 1 tablespoon of the butter, grease a 2½-quart casserole. Bring a large pot of water to boil for the macaroni. Preheat the oven to 350˚F.

2) The Béchamel: Warm the milk and have it at the ready as you sauté the shallots in 6 tablespoons of the butter in a 4-5 quart saucepan. Cook until just translucent (about 3 minutes). Over medium heat, evenly sprinkle the flour over the butter and shallots, whisking regularly so that it doesn’t clump or brown for about two minutes. Slowly whisk in warm milk in batches to incorporate it into a creamy sauce. When all the milk is incorporated add the nutmeg and white pepper with just a pinch of salt. (You won’t need much as the cheeses will add a lot). Reduce heat to a very low simmer, stirring occasionally while you prepare the macaroni.

3) Prepare macaroni as per package directions, stirring regularly to keep from clumping. While the pasta boils, slowly melt/incorporate the cheddar, the Fontina and ½ cup of the Romano into the white sauce, stirring/whisking regularly as it melts.

4) Drain pasta and return it, off heat, to the large cooking pot. Add the Béchamel-cheese sauce and stir to incorporate. Turn the macaroni-cheese mixture into the greased casserole. Place casserole on a middle rack of the oven and bake for 20 minutes.