In a low-key meeting with a long agenda, the Putnam County Legislature Feb. 7 approved a total of $5,375 in Putnam Arts Council grants for cultural programs in Philipstown and agreed to terminate the lease with the management of the county’s historic Tilly Foster Farm park near Brewster.

Convening on a Friday night to make up for cancellation of its Wednesday Feb. 5 session, the legislature also signed off on a funds transfer involving insurance payments for damage to guardrails on county roads, including two in Philipstown, and use of the money for related road expenses.

During their discussions at the old courthouse in Carmel, the legislators likewise approved county acceptance of a $112,500 State of New York grant for hazard mitigation efforts. In other business, the legislators allocated $250,000 for repairs to the relatively new county courthouse following weather-related water damage. 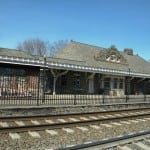 The Depot Theatre, site of a previous one-act play program by Aery Theatre, recipient of an arts grant for 2014. Photo by L.S. Armstrong

The 2014 Putnam Arts Council grants certified by the legislature for Philipstown programs consisted of:

The legislature voted 5-2-1 to ratify termination of the lease with the management of Tilly Foster Farm, after the managers had announced cessation of their role. Legislator Dini LoBue, whose District 8 covers Mahopac and a section of the Town of Carmel, and Sam Oliverio, of District 2 in Putnam Valley, voted against the termination — not from a desire to continue the status quo at the farm but because of concerns about sufficient public input and other reservations. “We need to remove ourselves from the morass surrounding this whole situation,” said Oliverio. “I’m just not comfortable terminating it [the lease] at this time.”

For several months in 2013, the legislature had complained about the financial stewardship of Tilly Foster.

District 1 Legislator Barbara Scuccimarra, who represents Philipstown and a small piece of Putnam Valley, voted with the majority to end the lease. “I think it’s time for the county and all of us to move on” and find a better way to operate the farm, she said.

Legislator Kevin Wright of District 9, covering the hamlet of Mahopac and part of the Town of Carmel, abstained from the vote because of a prior professional-business relationship with one of the managers. District 6 Legislator Roger Gross, representing Southeast, was absent.

The total of $24,272.52 the county got from insurers to pay for drivers’ guardrail mishaps includes $9,989.46 for guardrail repairs on Fishkill Road and $1,538 for fixing a guardrail at Sprout Brook Road and Winston Lane.

The $112,500 in state Office of Emergency Management grant funds will cover most of a projected cost of $150,000 for hazard mitigation work, with the county left to make up the $37,500 difference.

The $250,000 for renovations at the new courthouse will address water damage “caused by the extraordinary cold spell experienced” recently, as the resolution on the vote to assign the money explained.