The Board of Trustees of the Desmond-Fish Library has selected Jennifer McCreery as the new library director. Only the third person to serve in this position in the 34-year history of the library, McCreery succeeds Carol Donick, who moved on to the Kent Library last fall after 17 years in Garrison. 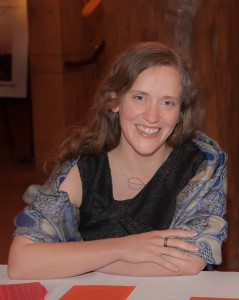 “We feel that in Jen McCreery we have found the ideal leader for the next chapter of the library,” said Hamilton Fish, president of the trustees, in announcing the appointment.

McCreery is already a familiar face at the Desmond-Fish Library, having joined the staff at the circulation desk in March 2013. Prior to her work at Desmond-Fish, she worked in a number of libraries, including the United Nation’s Dag Hammarskjöld Library, New York Public Library, and Santa Barbara Public Library. She holds a master’s degree in library science from CUNY-Queens College. In addition to her library work, she has nine years of experience managing theatrical tours for Radio City’s Christmas Spectacular and the Hudson Valley Shakespeare Festival.

“All those summers working under the Shakespeare tent gave me a great affection for this area,” she said. “The Desmond-Fish Library gave me a library card back in 2003 when I was living up the road at Graymoor with the HVSF acting company. When Carol Donick hired me last year, I was thrilled to be back in a community that I know and love.”

After Donick resigned as library director, McCreery served as interim director before being offered the full-time position. “It is challenging work, but it has the same appeal that drew me to librarianship in the first place,” she stated.

More information about the Desmond-Fish Library may be found at desmondfishlibrary.org.