Sewer repairs and water connection to be costly

On Tuesday (Feb. 10), Cold Spring Village Board Trustee Bruce Campbell cleared the air on two issues. First, he presented a detailed update on the slower-than-slow Main Street project, which sparked edgy exchanges between Campbell and Trustee Cathryn Fadde at recent meetings. He also announced that he will not seek reelection.

The more than 20 pages of documentation presented by Campbell may have finally put to rest concerns Fadde has raised over the financial status of the Main Street project, an initiative to repair the worst sections of sidewalks along with additional work on Furnace Street and Mountain Avenue. However, by far the biggest question remains: When will ground actually be broken on a project that was approved in June 2007 during Anthony Phillips’ tenure as mayor? 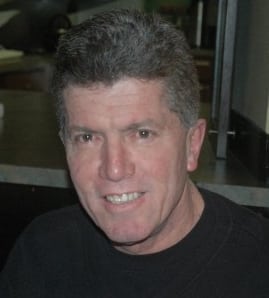 Campbell, with assistance from village accountant Ellen Mageean, clarified the project’s finances. Mageean corrected information previously provided to The Paper that described the project as having begun with an approved budget of $1,070,000, explaining that the actual amount had been reduced by $100,000 very early in the process, a practice she said is common with federal grants.

Federal funds, administered through New York State, will pay 80 percent of the cost with the village paying 20 percent. To date, engineering costs have totaled $189, 375 — leaving an estimated $755,000 for actual construction. The most optimistic estimate as to when the first shovel might break ground is October of this year. Failing that, spring 2016 is the likely start.

Campbell said little about his decision not to seek re-election other than he had been pondering the matter for months. He said that he would have more to say and that “there’s a lot of work to do” between now and the March 18 election.

Jack Goldstein, chair of the Code Update Committee, reported to the board, expressing concern over the adequacy of the $75,000 New York State Energy Research and Development Authority (NYSERDA) grant being used to revise the code.

“It’s not a lot [of money] to do the project,” he said. Goldstein has asked Barton & Loguidice, consultants on the project, to consider working on a retainer as a way to stretch the funds as far as possible. He also pointed out that the budget provides only $2,000 to complete the project after the committee finishes its work.

That final stage will include a formal public hearing and what he said will likely be a full State Environmental Quality Review Act (SEQRA) review. “I don’t think it’s possible that $2,000 will do that,” he said. The committee is awaiting a response from the consultant regarding how its fees can be reduced.

It was not a night for good financial news. Greg Phillips, superintendent of water and sewers, reported that video inspection of sewer lines beneath Fair, Market, Fish and North streets revealed numerous deficiencies in the aging system. His report estimated a “bottom line … price tag of $296,467” to repair 1,900 feet of the defective mains.

The estimate includes “a generous contingency of $51,115,” because as Phillips put it, “there is no way to foresee every possibility with underground projects such as this.” To fund the project, the village will likely increase the amount of a Bond Anticipation Note that comes due in May.

Phillips also reported that the New York City Department of Environmental Protection (NYDEP) considers its review of the village’s application to tap into the Catskill Aqueduct “substantially complete.”

Cold Spring will connect to that water system, which passes near the edge of Nelsonville at Fishkill Road, during repairs to the village reservoirs. Cost of the connection is estimated at $299,392. The village may use its water fund, which currently has a balance in excess of $800,000, to fund the work.

A recent conference call between Falloon and the New York State Department of Environmental Conservation (DEC) helped clarify the status of the project to remove toxic coal tar from under the property occupied by the Cold Spring Boat Club.

“DEC is much easier to work with now that the scope of the work is coming into full view,” Falloon told trustees. “The conversation was much better than the correspondence,” which the mayor described as “threatening” in tone. He was referring to a letter received on Jan. 26 that indicated that the Boat Club would be required to vacate its building by March 31.

The call revealed that the club won’t have to vacate until September and that DEC is agreeable to allowing the club to share the site with the contractor until the end of boating season in October. DEC officials also clarified that 100 percent of the coal tar found at shallow depths beneath the Boat Club building and the adjacent parking lot will be removed.

Other deposits in the area, at a depth of 10 feet, will not be removed because they are not considered a health risk. The Boat Club building will be razed to complete the cleanup. DEC estimates that that the project will be complete by the spring of 2016.