Haldane High School has a new principal. At their May 17 meeting, Haldane School Board trustees appointed Peter Carucci to the position, effective July 1. He replaces Brian Alm, who will leave on June 30 to become director of secondary teaching and learning with the Ossining Union Free School District. Alm has been principal at Haldane for nine years. 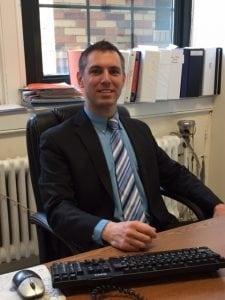 Carucci holds a Master of Science Degree in Educational Leadership from the City College of New York, a Master of Arts Degree in Italian from Binghamton University and a Bachelor of Arts Degree in English General Literature and Italian, also from Binghamton. He is certified by the state in school district administration, as school administrator/supervisor and in English language arts and Italian for grades seven through 12. He will be paid  $138,000 in the new position.

“Throughout the interview process, Mr. Carucci quickly surfaced as our match,” Superintendent of Education Diana Bowers said in a letter to the community on May 18. “His child-centered approach to learning and breadth of experience will serve our students well.”

Carucci was one of three finalists from among more than 50 candidates who applied to lead the education team at Haldane High School.