A 20,000-square-foot exhibition space and library devoted to postwar and contemporary Italian art will open next year in Philipstown on Route 9 just south of Route 301. Known as Magazzino and located on the former Cyberchron site, it is being built by Nancy Olnick and Giorgio Spanu of Garrison to house their personal collection but will be open to the public by appointment.

“The idea is not to contain the art, but to share it, to host it,” said Magazzino’s director, Vittorio Calabrese. 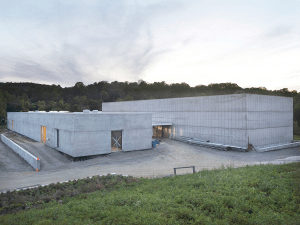 Magazzino, under construction in Philipstown (photo by Marco Anelli)

Designed by Spanish architect Miguel Quismondo, the complex consists of two buildings (one the renovated Cyberchron space; the other new) linked by a glass connector and separated by a courtyard. Because of the uncertain winter weather, no firm date has been set for its opening in 2017 just south of Route 301. The name Magazzino, which means warehouse in Italian, was deliberately chosen to avoid an association with a museum, gallery or commercial enterprise, and to indicate the flexibility of the space.

Its focus will be Arte Povera, an avant garde movement that originated in the late 1960s among about a dozen Italian artists. It translates as “poor art” or “impoverished art” but also has been called “actual art” and “anti-form.” The artists use “metal, stone, marble, embroidery, bronze — whatever they could find,” explained Calabrese. The idea is “reducing to the concept, so the art goes to the core and becomes an art that can speak to you.”

“It’s an art that was reacting to the ‘system’ and was removed from the traditional gallery space,” he continued. “You won’t see paintings; you’ll see sculpture, fabric, works that respond to what was conventional and traditional. In the same way, Americans were doing minimalism and pop art. Italy and the U.S. had a similar youth reaction to the upheaval that was happening in the world at that time.”

Calabrese added that he believes “we are in the same kind of historical moment right now and that reiterates the importance of this work.” 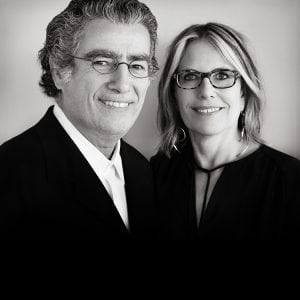 The Olnick Spanu collection includes more than 400 pieces, many large enough to require installation. The couple began collecting Arte Povera after seeing examples at a modern art museum in Turin; they also own a stunning collection of 500 pieces of Murano glass.

Appointments to visit Magazzino will likely be offered in hourly increments, which anyone will be able to book online or by phone, Calabrese said. A shuttle service is planned to the Metro-North station in Cold Spring, and Magazzino will host talks, performances and workshops, some tailored to experts, others to the public. “We want to educate and share this in a friendly, accessible way,” Calabrese said, as part of its founders’ mission to introduce Italian art to the Hudson Valley. An introductory film is planned, as well as pamphlets and publications. 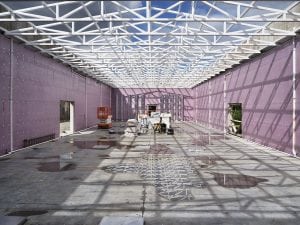 The new building under construction at Magazzino (Photo by Marco Anelli)

Olnick (who was traveling with Spanu in Italy and unavailable for immediate comment) told The New York Times on Sept. 14: “It’s difficult for people to come in and just look at art that is so conceptual, you have to give it some kind of background to put it in context. These aren’t just pretty pictures.” She added: “We believe that Arte Povera is the last avant-garde movement of 20th century, and we think it has legs, and a future, if people know about it.”

The project suffered from birthing pains. In 2012, Olnick and Spanu had hoped to construct the space on their estate on Avery Road. Neighbors filled a public hearing to protest the scale of the project, which they argued did not fit with the residential and rustic character of the road. 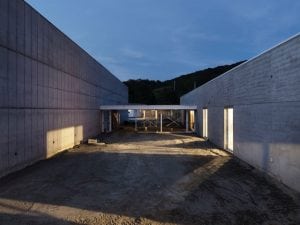 At that meeting, Olnick said, “We feel the same way as the rest of the neighbors … We like the same things you like … the quiet, the peace. We’ve tried and will continue to try to allay any concerns anybody has. We love the community up here. We have the same values.”

After the hearing, Olnick and Spanu put the project on hold. “The decision, after the 2012 situation, was to listen to the community, to relocate and not create any tensions,” and the Route 9 location turned out to be a much better spot, Calabrese said. “What is better than moving from computers [Cyberchron’s business] to art? Actually, we’re told it used to be a dairy and this is giving a third life to the building.”

Magazzino will contain works by a number of prominent Arte Povera sculptors, including:

In 2013 and 2014, the Town of Philipstown and various New York regulatory authorities gave relatively quick approval for the project, noting that it would take place in a previously disturbed, paved area. The design incorporated the surroundings, Calabrese said. “Each ‘box’ opens to the outside, and we’ll be considerate of nature. We’re planting an orchard there, a place for people to be outside to eat, and where we’ll host events. We want people to feel comfortable.” 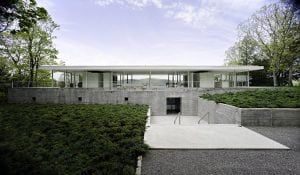 Most of the exterior has been completed, along with some interior fittings, much of it done by local contractors, he said. The plans call for 18,000 square feet of flexible space for the permanent collection and rotating exhibitions. (The first will feature highlights of the permanent collection.) The balance of the space will house a library of more than 5,000 publications on Italian art, most of which are not readily available in the U.S.; this is envisioned as a mecca for researchers and students. There will also be office space.

A website, social media pages and email newsletter have been created to provide updates. See magazzino.art.

All photos above courtesy Olnick Spanu. The pieces in the slideshow below are by artists whose work is in the Olnick Spanu collection; however, the specific artworks shown are not and intended only to provide examples of Arte Povera and the scale of some pieces.