Putnam County Sheriff Don Smith, seeking his fifth term, will likely not face a primary challenge after the nominating petitions filed by his Republican challenger were thrown out July 26 by the county Board of Elections.

After reviewing petitions filed by Andrew DeStefano, the two county election commissioners (one Democrat and one Republican) ruled that 729 of the 1,302 signers were invalid for various reasons, leaving DeStefano far short of the 1,000 needed to appear on the primary ballot on Sept. 12.

DeStefano, a retired New York City police captain who lives in Patterson, on July 31 appealed the ruling with the Putnam County Court, and a hearing date has been set for Aug. 7 in Carmel before Judge Paul Marx. DeStefano’s attorney, John Zarcone, said he had no comment. 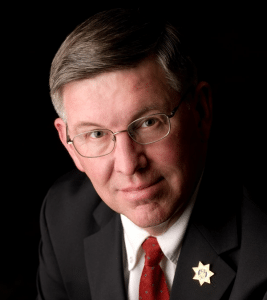 DeStefano had challenged Smith in 2009 but dropped out after he was accused of submitting forged nominating petitions. He pleaded guilty to a misdemeanor as part of a plea bargain but in January a state court overturned the conviction, citing conflicts of interest by his attorney. DeStefano has said he confessed to forging signatures only to keep members of his campaign team from being prosecuted.

DeStefano’s newly filed petitions were challenged by Jim Borkowski, a former Southeast town judge who ran for sheriff as a Republican in 2009 but is now chairman of the Putnam County Democratic Party. He filed 441 objections, most often claiming the signer was not a registered Republican or that a witness statement was incomplete, which can invalidate entire pages of signatures.

Borkowski and DeStefano have a complicated history. In 2009, when both men campaigned against Smith for the Republican nomination, the state attorney general’s Public Integrity Bureau investigated DeStefano for submitting forged nominating petitions. The district attorney at the time was Adam Levy, a political foe of Smith, and DeStefano said he was being singled out for Smith’s benefit to keep the primary a two-way race.

Asked why the Democrats would challenge a candidate who would have made Smith run a primary campaign, Borkowski said his motivation was purely to maintain the integrity of the election process. “There are rules to follow,” he said. “We collected 1,800 good signatures [for Robert Langley Jr., the Democratic candidate] and followed the rules. You’d think that for someone who was almost arrested in 2009 for forging signatures, he would have been more careful. It’s not about gamesmanship as far as parties.”

Borkowski said he is hopeful that Langley will defeat Smith in November. “The backlash against Trump will help turnout by Democrats,” he predicted. “When I was a candidate for sheriff, I only lost to Smith [in the primary] by 230 votes. He’s not impossible to beat.”

He said he believes the “whopper of a settlement” that Smith reached in June with Adam Levy, in which apologized for making false statements about the former Putnam County district attorney, and which cost taxpayers $125,000, weighs on his re-election campaign. (After public backlash over the settlement, on Aug. 2 the Putnam County Legislature released a statement justifying its decision to pay noting that only the governor could remove an elected sheriff from office.)

If DeStefano is disqualified, Smith will have the Republican line on the general election ballot on Nov. 7, as well as the Conservative, Independence and Reform party lines. Langley, a Garrison resident, will have the Democratic and Women’s Equality lines. Independent candidates must file their nominating petitions by mid-August.

Patrick Perry, a former inspector general for the Putnam County Sheriff’s Department who is Smith’s campaign manager, also filed an objection to specific signers on DeStefano’s petition. Although it had been invalidated the day before, an obligatory review by the two election commissioners on July 27 that lasted nearly four hours left 1,020 signatures, more than the 1,000 needed. That would have allowed DeStefano to remain on the ballot had a Democrat not challenged.