Known for whimsical signs, shop will shutter after 25 years

One of Cold Spring’s longstanding shops, The Country Touch, will close in February after 25 years on Main Street. The whimsical signs displayed in its windows have been replaced with one that reads, “Retiring — 50% off entire store.” The owner, Connie Kelley, is headed for the warmer climes of South Carolina.

Kelley opened the shop after taking a buyout in 1992 from IBM. She recalled a gift shop that had impressed her in Carmel, California, during a business trip and decided to start one of her own.

Then living in Brewster, she launched The Country Touch that same year in the corner property now occupied on Main Street by Blue Olive. At the time, her products reflected the name: country-themed items such as wooden benches with carved-out hearts and dollhouse miniatures. In the intervening years The Country Touch moved west to its current location at 97 Main, and its merchandise became more diversified. 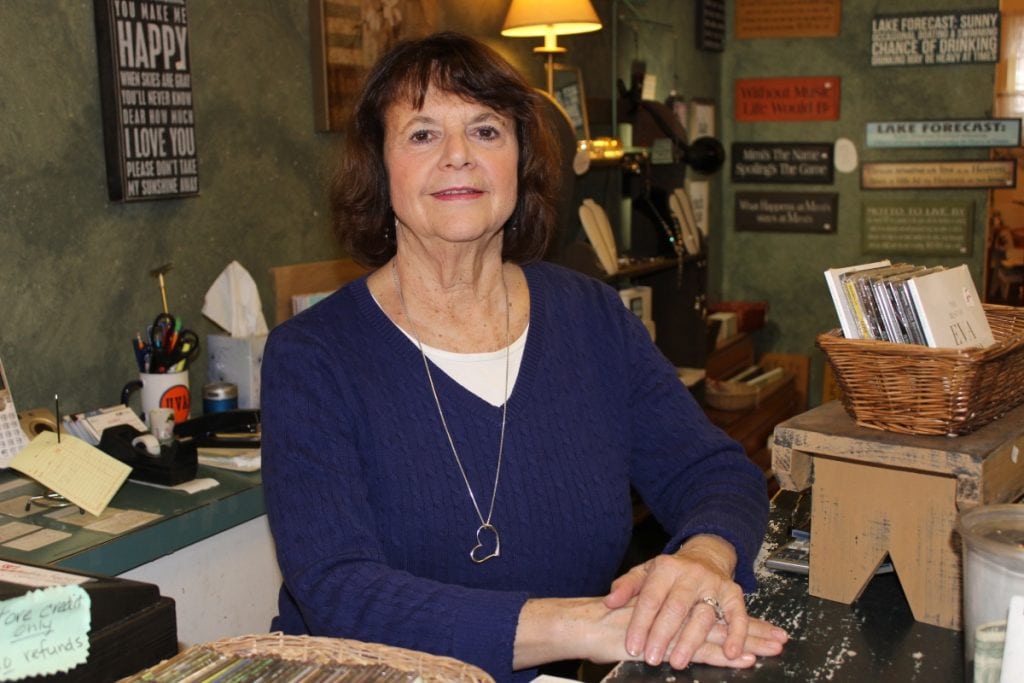 Connie Kelley at The Country Touch (Photo by A. Rooney)

In the pre-digital age, Kelley ordered her merchandise from print catalogs, at trade shows and through referrals to vendors and wholesalers. It was all a calculated risk. “It was a big deal, going from the corporate world to not having a steady income,” she says, although for the first few years she worked as a consultant for J.P. Morgan three days a week.

Eventually she opened the store seven days a week, something she feels is essential for achieving retail success in Cold Spring. “It took a while for me to get on my feet,” she says. “But 25 years later, I’m still here.” 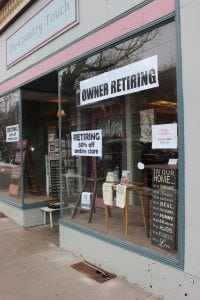 The Country Touch (Photo by A. Rooney)

Kelley’s busiest year, which thankfully occurred just after she had expanded into a back room, was 2016, although revenue dipped the following year. She attributes that to a gray, rainy spring. “It’s all about the weather,” she says.

The Country Touch attracts many day trippers from Westchester, Dutchess County and New Jersey, drawn to return by her unusual merchandise. Stocking what other stores don’t sell is important for new business owners in Cold Spring, she says, along with keeping prices down and having something for everyone.

Some of Kelley’s lines, such as the signs, personalized towels, candles and braided rugs, will now be carried by Kismet at Caryn’s at 72 Main St.

Kelley hadn’t given much thought to retiring until recently. “I mentioned to a friend that ‘I’m kind of getting ready, but I’m not sure, and I don’t know how one knows,’ ” she recalls. “She told me I’d know when it was really ‘the time.’ Two weeks later, I called her back and said ‘It’s time.’ ”

Kelley and her husband, who have been married for 12 years after a long-distance relationship (they met at a beach in Rhode Island), will be heading to coastal South Carolina, where they have family, by April. There, Kelley envisions a few months of doing nothing but “planning Sunday dinners, playing cards, lots of beach time.”

Then she lets slip that “there’s this new gift shop there. Maybe I would work two days a week … We’ll see.”

3 thoughts on “Country Touch to Close”