The Highlands Current won four Awards for Excellence from the New York News Publishers Association on July 18 for work published in 2017.

The nonprofit weekly won the Community Service Award among newspapers with circulations of less than 10,000 for its series, Fighting Back: The Opioid Crisis, published in September and October.

Ross Corsair won best news photo among small papers for his shot of a woman braving a March snowstorm on Main Street in Cold Spring (below). He also won best online gallery for a series taken at Twin Forts Day at Fort Montgomery. 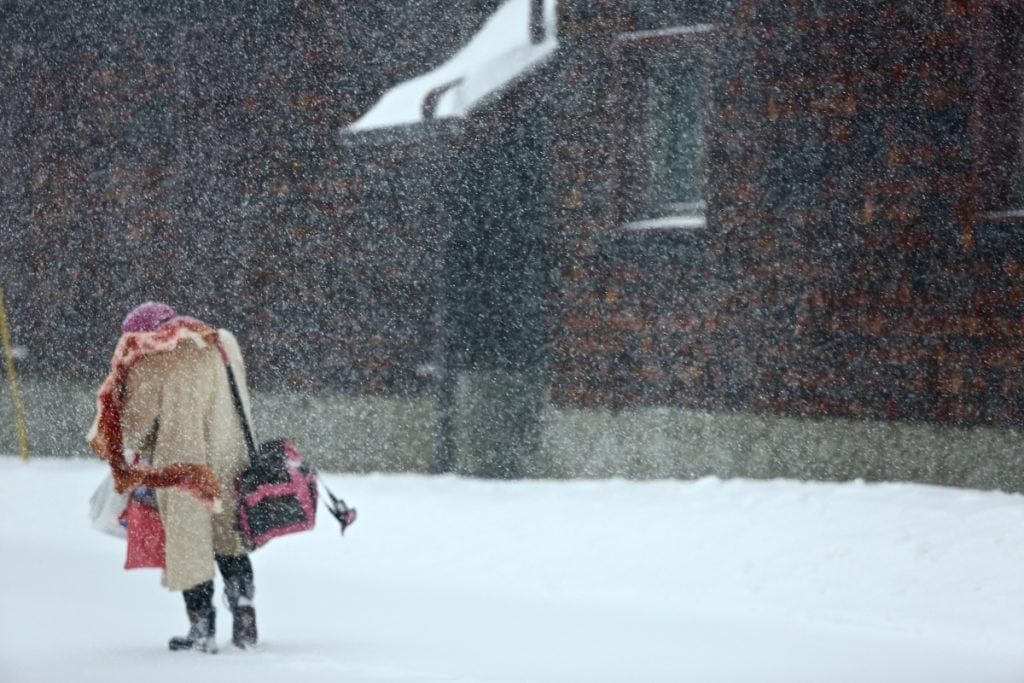 Managing Editor Chip Rowe won the headline-writing competition with “$4.2 Million? Dam!,” for a story about dam repairs at the Cold Spring reservoir.

The Current this year also won 13 awards from the New York Press Association and six from the National Newspaper Association.