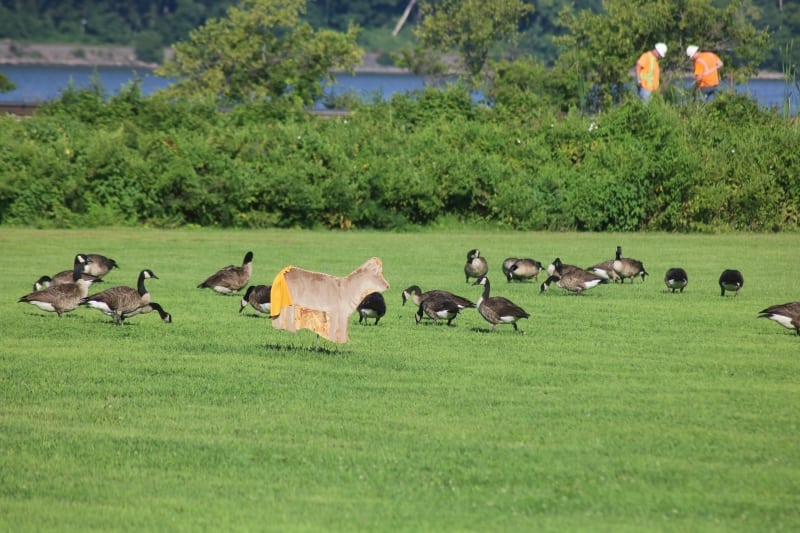 FUN WHILE IT LASTED — Canada geese have plagued Mayor’s Park in Cold Spring for years. They disappeared after coyote effigies were installed but soon returned. Mayor Dave Merandy is considering issuing dog-walking permits to discourage the birds. (Photo by Michael Turton) 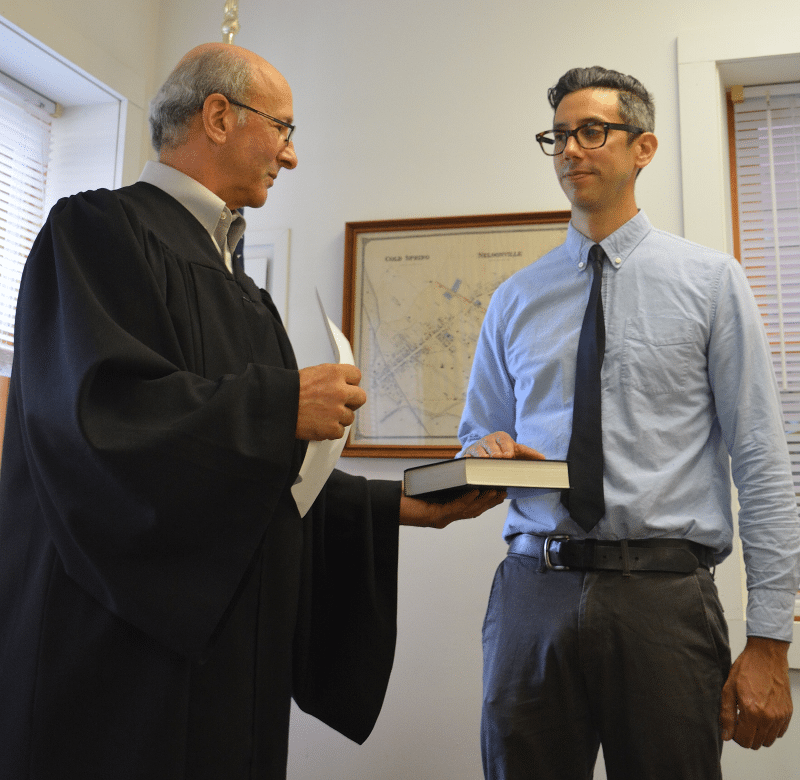 NEW TRUSTEE — Chris Caccamise, an artist and teacher, is sworn in on Aug. 15 by Justice Dennis Zenz as a Nelsonville trustee. He succeeds Thomas Robertson, who resigned from the five-member board in June. Caccamise, 43, who has lived in the village for five years, teaches at the Allen-Stevenson School, a private boys’ school in New York City. His term runs through the next village election in the spring. (Photo by L.S. Armstrong) 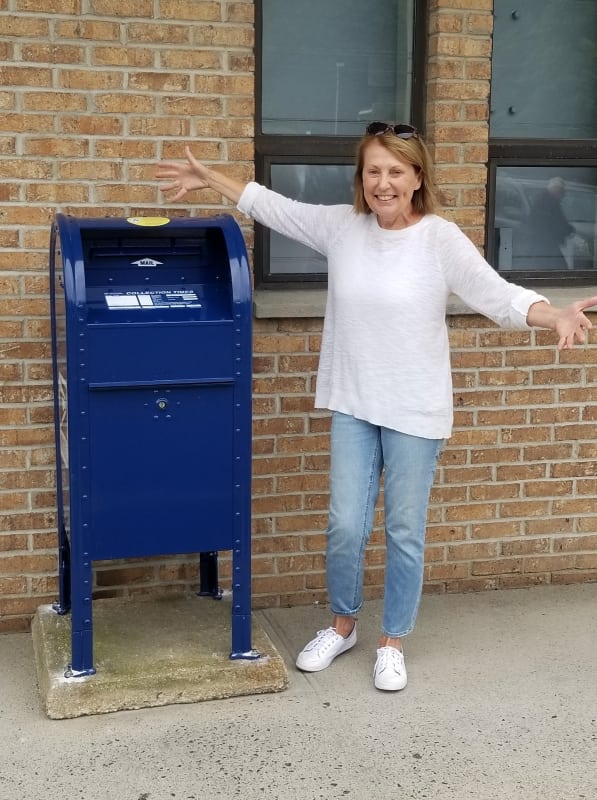 IT’S BACK! — Barbara Scuccimarra, who represents Philipstown in the Putnam County Legislature, celebrates the return of the mailbox outside Foodtown in Cold Spring. Scuccimarra lobbied for its return after the post office moved from a trailer adjacent to the grocery store to the Butterfield development across the street. (Photo provided)