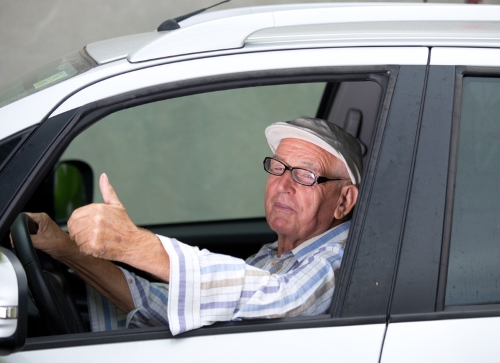 The Putnam County Sheriff’s Department has launched a program to help ensure that seniors who drive are correctly – and safely – secure in their vehicles.

During a legislative committee meeting on Aug. 16, Sheriff Robert Langley Jr. and Deputy Sheriff Michael Neuner described the Car Fit Program Initiative in which officers “fit” seniors to their cars by adjusting the rearview and side mirrors, the driver’s seat, seat belt and steering wheel.

“When you actually have your mirrors adjusted properly, it opens up another world for your driving experience,” Langley said.

Additionally, many older drivers are not familiar with technology in newer vehicles, such as blind-spot detection, he said.

If approved by the Legislature, Neuner said the sheriff’s department would bring the initiative to all four county senior centers, including the new facility in Philipstown. Appointments would be scheduled in 10- to 15-minute blocks.

Legislator Paul Jonke (R-Southeast) said “it’s a great thing for our senior centers” but added that “we just want to make sure seniors feel comfortable and they don’t think their privileges are going to be taken away.”

Crocco, who is editor-in-chief of The Putnam Examiner, based in Carmel, contributes coverage of the Putnam County legislature.