My daughter, who recently volunteered at an Immigration and Customs Enforcement (ICE) family detention center, asked that I let people know they should not be afraid of immigrants at our border.

The people at the detention centers are mostly women, including mothers with their children, who are fleeing from terrifying, brutal situations in places with little or no infrastructure to help them. As their children cling to them or sleep upright in chairs, the women recount their experiences to the volunteers. 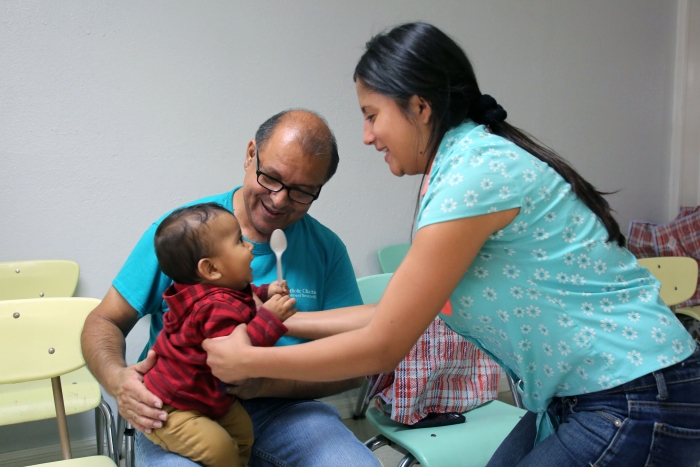 A volunteer at a Catholic Charities Humanitarian Respite Center in McAllen, Texas, hands a Central American refugee child to its mother to take a bus to stay with a U.S. family. (Photo by Vic Hinterlang/Shutterstock)

Here are two anecdotes my daughter shared with me from these moms, who come from Central America and other countries around the world.

Rosa: “I fled after I continued to receive death threats against me and my 6-year-old son from a local gang looking for my husband, who had worked for the police and made some unpopular arrests. My husband fled as well. After I moved to the third village, I decided I had to leave.”

Anna: “I fled after my husband beat me continuously, including breaking down the door of an apartment I had moved to, pulling a gun on me in front of my daughter and verbally attacking her because she is not his and because my daughter and I are dark-skinned. I asked a judge for a restraining order and he told me his calendar was full, and to come back in a few months. My husband informed me he had bribed the judge. I cannot move back to my mom’s home because gangs have taken it over. She is living with my grandmother, where there is no room for my daughter and me.”

If an asylum officer believes its fear is credible, a family is permitted to leave the detention center and given a court date. Many who arrived via the river or other non-official port of entry leave with an ankle bracelet that allows ICE to track them. If they do not show up for the court date, they will be arrested and deported.

These are not women or people we should fear. They are lost and scared and have suffered greatly. I hope we can all support my daughter’s conclusion that they need our help, not our scorn.