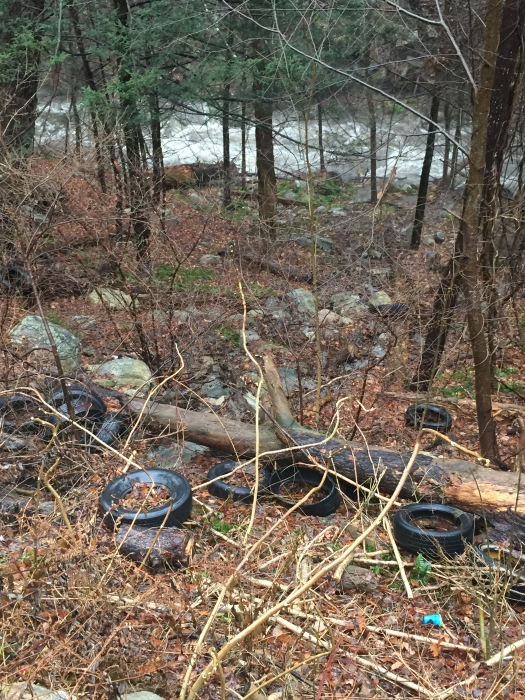 Some of the tires dumped near Indian Brook, seen rushing past below after a heavy rain. (Photo by C. Rowe)

At least 80 tires were again dumped near and into Indian Brook in Garrison last week, according to Dave Marzollo, a Philipstown resident who removed about 100 from the same area in August. On Dec. 21, he and Dylan Stolowitz found tires dumped in three spots along Indian Brook Road west of Route 9.

“We went just after the heavy rains, so the water was high and you couldn’t see the creek bed,” Marzollo said. “No doubt there are still a lot more down in the creek, too. I will have to get a crew together to get them out.” He said the Philipstown Highway Department has said the tires can be brought there for disposal.

The tires were dumped north of the hairpin turn on Indian Brook Road where they were discovered in August, and where “No Dumping” signs were posted warning of video surveillance.