Beacon’s fire chief is clear about one thing: he needs more firefighters. But where they’ll be stationed remains up in the air.

Chief Gary Van Voorhis asked the City Council on Monday (Feb. 11) for three more full-time (“career”) firefighters in addition to the one included in the city’s 2019 budget.

If those four were added, he said, the city would have 17 full-time firefighters, including the chief, and could have four on duty at all times. The city has had three firefighters on duty around the clock for more than 100 years, he said. 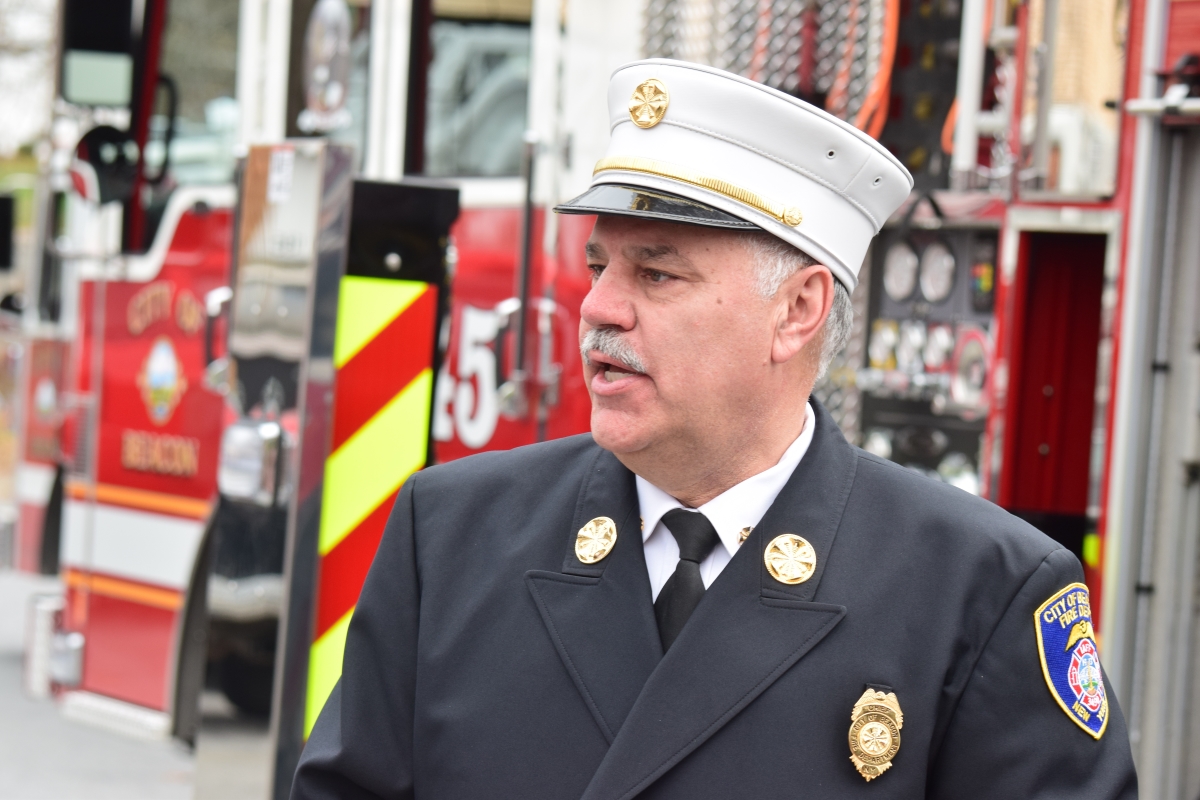 The chief recalled that five years ago, the City Council asked how long the department could function with its current staffing. “We were just getting by back then,” the chief recalled, and “we’re definitely below that [now].” The number of volunteers has dwindled, too. In 2002, the department had 70 volunteers, he said; it now has 24, just six of whom are qualified to go into burning structures.

Van Voorhis said that with more two-income families and people commuting, volunteer numbers and their availability are both concerns. “You can have the numbers, you can have the qualifications, but are you available to go to calls?” he asked.

The city plans to apply by a March 22 deadline for a federal grant that would help pay the nearly $97,000 annual per-person cost of hiring new firefighters for a three-year period. But the program only funds 75 percent of a firefighter’s salary for two years and 35 percent for the third year. After three years, the city would have to pay 100 percent of the salaries.

“That’s the route we should go, but if not, we need to put in the 2020 budget for three more firefighters,” Van Voorhis said.

Newburgh has bolstered its department using the same grants, although the city was unable to absorb the firefighters’ salaries when they expired. A new grant from the program for $1.5 million helped retain some of the firefighters last year.

That’s one fire narrative in Beacon. The other — whether to maintain each of Beacon’s three stations — is less defined.

Van Voorhis spoke to the council for nearly an hour, with much of that time spent acknowledging that one of the stations, likely the Beacon Engine station on East Main Street, would close. But in the end, he said, that’s not the ideal scenario.

The city has ordered numerous studies over the past decades on how to best manage its fire stations. In recent years, the council appeared ready to move ahead with plans for one central station, with locations on Main Street, Route 9D and near Hammond Field all considered at different times.

Most recently, the dog run at Memorial Park emerged as a likely candidate, but in December the council conceded it might be impossible to find a site that fit all of its needs. In a straw poll, the council members agreed to pivot and to research closing one of the three stations.

A consolidated station is still his preference, Van Voorhis said Monday. But if all three stations stay open, he’d like to add one firefighter at Beacon Engine, one at the Mase Hook and Ladder station on Main Street and two at the Tompkins Hose Fire Station on South Avenue. The arrangement would allow four firefighters, rather than three, to respond to calls.

Council Member Jodi McCredo summarized Van Voorhis’ presentation, observing that “if we have three firehouses, we’re spread out and we can cover a lot of the city. If we have one firehouse, we’re combining all of our resources, and we can make one really great firehouse. But having two firehouses defeats the purpose of both” scenarios.

“Right,” Van Voorhis replied. The ideal scenario would be a central station, he said, “but if we go three to two, we have to make some modifications” at the two stations that remain.

“No matter what we do,” said Mayor Randy Casale, “if we stay at three, there has to be work done. If we’re going to put any money into Tompkins Hose, we should look for some extra money and make the building look nicer than it does now, because it is at the entrance to the city.”