The Town of Fishkill on April 3 became the sixth municipality — joining Beacon, Philipstown and Cold Spring — in Hudson Valley Energy’s Community Choice Aggregation (CCA) program, which will negotiate electricity prices for residents and businesses in the region beginning later this year.

The CCA is just the second in New York, following one that launched in Westchester County in 2016. The other members of the collective are Marbletown and Poughkeepsie, which signed on two weeks ago. Beacon was the first municipality to join the program, then called Renewable Highlands, in January 2017, followed by Philipstown in February of that year and Cold Spring that March.

“We’re in a good spot now,” said program director Jeff Domanski, who lives in Beacon. “For everyone involved we’re going to get a better price” than what Central Hudson charges. 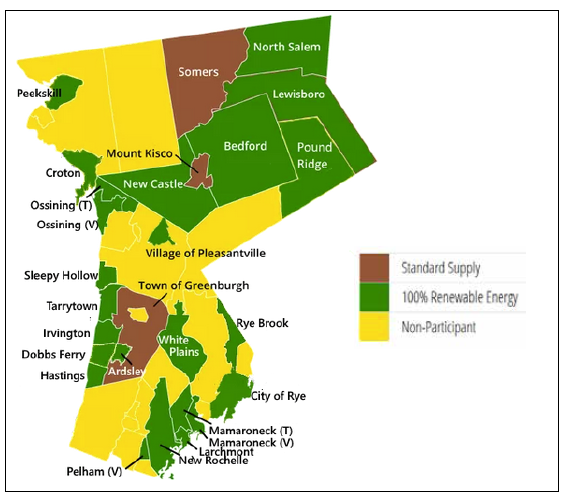 The map above shows the municipalities in Westchester County that are members of its CCA and the source of their electricity. (Westchester Power)

He said that while some people have been confused about the benefits of switching to a new provider, “this partnership with the communities at the lead makes it easier by removing that burden.” Electricity will still be distributed and billed through Central Hudson, and residents can opt out of the CCA at any time, he added.

The next step for the newly formed collective is to solicit bids from energy suppliers, Domanski said. The contract between that supplier and Joule Community Power, which will administer the program for Hudson Valley Energy, will guarantee both a “green” energy option and a better rate than what Central Hudson charges, on average.

Hudson Valley Energy will host a launch party for the collective on Thursday, April 18, from 5:30 p.m. to 8 p.m. at King’s Court Brewing Co. in Poughkeepsie.

The Westchester Power CCA, which includes Peekskill and 26 other municipalities, covers about 110,000 homes and businesses. When it entered into its second, 2-year contract in January with an energy supplier, Constellation NewEnergy Inc., the residential rate was set at 7.96 cents per kilowatt for renewable energy. It also negotiated a rate for standard supply at 7.71 cents/kwh. Nineteen of the 20 municipalities in the Con Ed territory opted for renewable, the CCA said, including three who switched from standard to renewable. 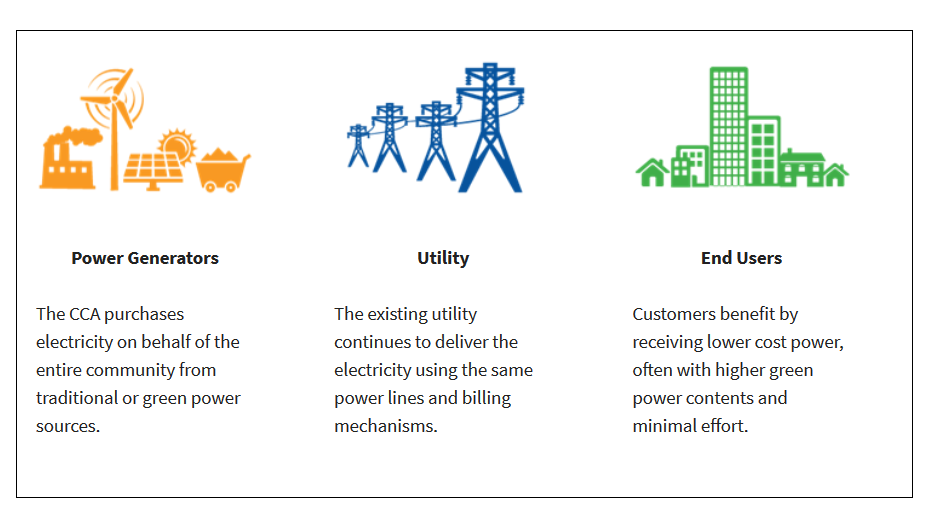 How it works (EPA graphic)