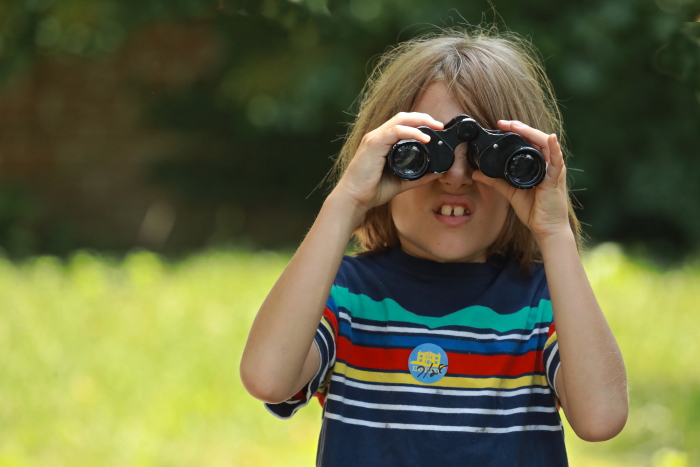 CLOSER LOOK — A visitor zooms in at the annual ice-cream social held on July 28 at Boscobel, which included 19th-century family games, popular flavors from a century ago such as raspberry, peach and mint, and music from a quartet led by violinist Gwen Laster designed to evoke “summertime breezes.” (Photo by Ross Corsair) 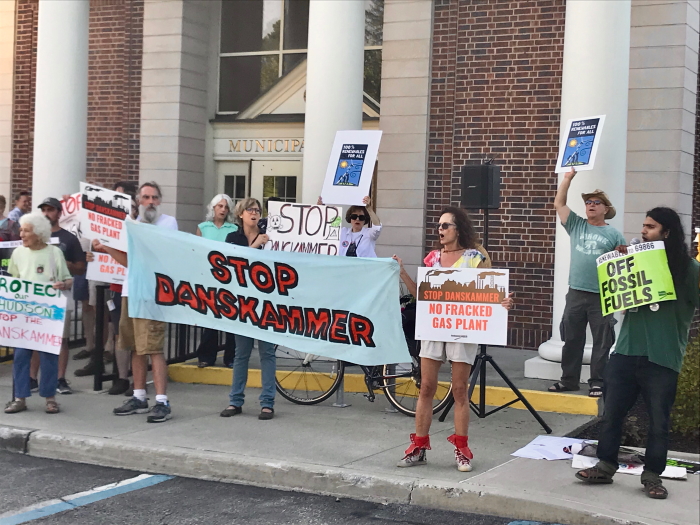 BEACON OPPOSES PLANT — Opponents of a proposal to expand the Danskammer power plant on the Hudson River in the Town of Newburgh gathered outside Beacon City Hall on Monday (Aug. 5), shortly before the City Council approved a resolution asking the state to reject the $450 million plan. The company has applied to the state’s Board on Electric Generation Siting and the Environment to build the plant, which would be fueled by fracked natural gas. (Photo by Jeff Simms)