State will change design in 2020

The State of New York plans next year to change its standard license plate and is asking residents to vote online for one of five designs.

The voting continues at bit.ly/plate-vote through Sept. 2 to replace the blue-and-white Empire plates, which were introduced a decade ago. The state says the new plates will be more reflective so they can more easily be read by plate readers for cashless tolls and red-light enforcement and by police officers. 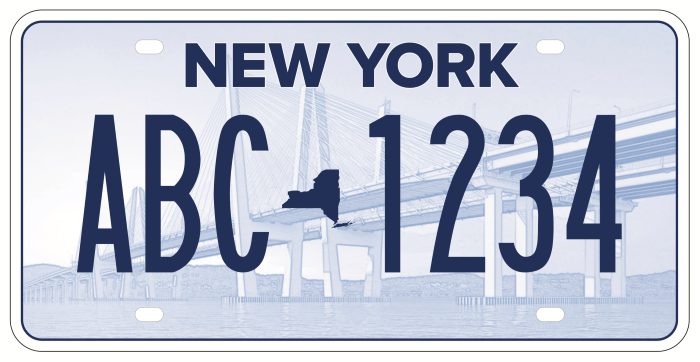 One of the five designs

Beginning in April, when drivers renew their plates, those with plates that are at least 10 years old will be issued new plates for $25 and pay an additional $20 if they want to keep their plate number.

State Sen. Sue Serino, a Republican whose district includes the Highlands, in a statement called the change a “money grab” and termed the design vote “a sad attempt to distract from the fact that this is just one more way for New York State to cash in” by forcing drivers to buy plates they may not need.