Blues singer: ‘I believed in me’

But Potenza prefers, she says, to be compared to only one artist: Sarah Potenza.

Potenza, who will perform at 7:30 p.m. on Thursday, Sept. 5, at the Chapel Restoration in Cold Spring as part of the ongoing Restoration Roadhouse series, is an Italian-American native of Providence, Rhode Island. Her music falls somewhere in the blues-soul-funk stew, with vocals of the raspy, hard-driving barroom vein.

Potenza first exposed her voice nationally during the 2015 season of The Voice, where she finished in the top 20. Later that year, Potenza released her debut album, Monster. The follow-up, Road to Rome, came out earlier this year. 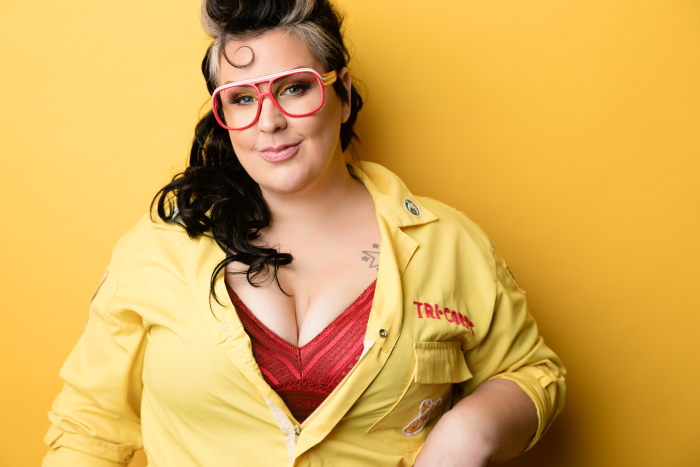 In the years before The Voice, Potenza dropped out of college and moved to Chicago, where she formed a band, Sarah & the Tall Boys. Although popular, the band failed to get a recording deal, something Potenza says she partly attributes to her size and the feedback she constantly got about it.

She’d been hearing variations on that theme for years, as she told Rolling Stone earlier this year: “I had to choose between being me, or trying to disguise that and making myself smaller in every way: physically, emotionally, spiritually.”

It wasn’t just her physical size but her oversized personality. “I’ve always been the kind of person who was too much,” she told the magazine. “I was too loud, I had too much fun, I laughed too much, I was living too hard. And there was all this shame associated with that.”

“Shame is a drug; I was a user,” goes a recent Potenza lyric.

In a recent Instagram post, one of many related to the topic, she shared a 1995 photo of herself as a teenager and wrote: “Look at this beautiful girl. It’s crazy to me now that she thought she was fat and unworthy. Be the change! Moms, don’t say negative things about your bodies in front of your girls. They are watching. Loving yourself is loving them.”

Recorded in Nashville, where she moved before her appearances on The Voice, Road to Rome saw Potenza shift her songwriting and singing away from its Americana bent to, as she described it to Billboard, “a more R&B, big diva, vocal sound.”

She views the album, released on International Women’s Day, as an expression of hard-earned confidence. The first single, “I Work for Me,” is “a braggy, fun song, sort of a ‘Look at me now — I believed in me, even when you didn’t, and I’m on top of my game, on top of the world. I call the shots.’ ”

The Chapel Restoration is located at 45 Market St. in Cold Spring; paid parking is available at the adjacent Metro-North Station. Tickets are $25 at bit.ly/sarah-chapel, or at the door. All proceeds benefit the Chapel Restoration. Beer from Industrial Arts, along with wine, will be available for purchase, and Octavio’s Food Truck will be on hand.