New details emerged this week on two development proposals being planned in the northeast part of Beacon.

The first, at the 39-acre former Beacon Correctional Facility site, would mix indoor and outdoor cycling and athletics facilities with 20 to 30 acres of farmland and a 103-room hotel. The second, a 42-townhouse development, is proposed for a wooded parcel behind the Highland Meadows senior living facility.

Empire State Development, which is New York’s economic development agency, in May chose Urban Green Food to redevelop the former women’s prison, also known as Camp Beacon. A request for proposals, the second for the property, had been issued by the state in 2018. Urban Green Food is an offshoot of Urban Green Builders, a development company based in New York City.

On Monday (Sept. 9), Eric Anderson, the founder of Urban Green Builders, spoke to the Beacon City Council about his plans for the Beacon Bike Farm that he said could create hundreds of temporary construction and many full-time jobs.

The bike farm would include a hotel with courtyard, an indoor track-and-field venue and an arena for indoor cycling known as a velodrome, along with dozens of acres of farmland and bike trails.

“We’re trying to build something beautiful and accessible, yet without pretension, that is welcoming to locals and tourists alike,” Anderson said. “We want the destination to be a reflection of what already makes Beacon great, including its leading role as a gateway to the natural and artistic wonders of the Hudson Valley.” 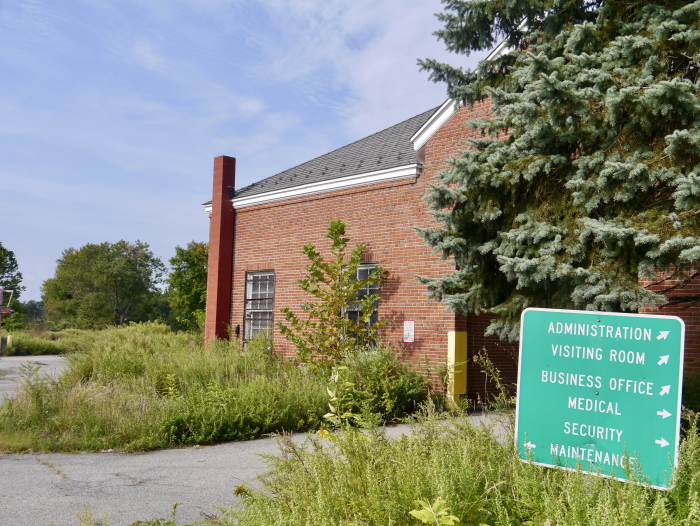 The track-and-field facility, he said, could attract major athletic events, bringing hundreds of people to Beacon. Twenty-four of the rooms in the hotel would be dorm-style, suitable for teams.

While the velodrome and trails would add components of the bike-friendly infrastructure that Beacon’s comprehensive plan calls for, Paul White, an alternative transportation specialist who has promoted bicycling in New York City for more than a decade, told the council they would also make the city a destination for the estimated 1 million regular cyclists in New York City, “virtually all” of whom “want a more bucolic, safe experience.”

The former prison site could link, via a rail trail, with a Main Street hotel Anderson is building in Poughkeepsie and the Empire State Trail, a 750-mile network that will span the state when completed next year. There could also be a space for children to learn to ride.

“The opportunities to use this site — I don’t think I’ve imagined them all yet,” Anderson said. 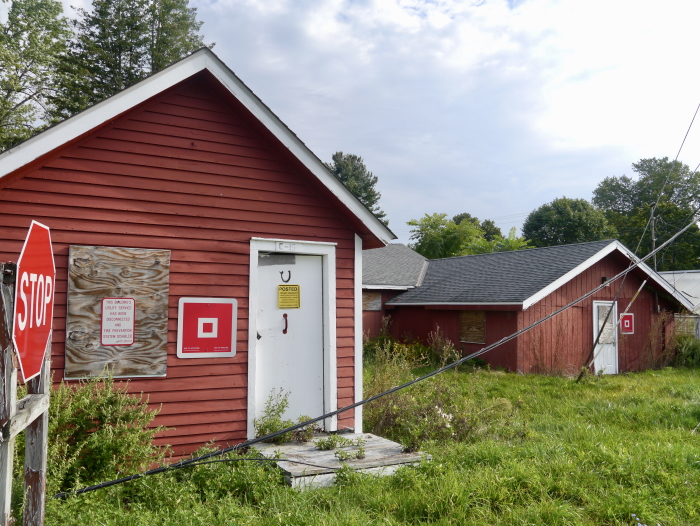 The former prison site has 22 buildings. (Photo by J. Simms)

There are 22 buildings on the site, and most will be rebuilt for uses such as a commercial kitchen and a day care facility, while the nonprofit Common Ground Farm plans to launch a farming incubator modeled after Vermont’s Intervale Center, along with farm plots to be managed by public-school students.

Beacon businesses, including the All You Knead bakery and One Nature landscapers, have agreed to be part of the project, as well, Anderson said.

Urban Green Builders must complete a study to analyze parking and traffic flow before it meets with the Beacon Planning Board. It also must finalize its contract with the state, and the City Council will need to rezone a portion of the property. (About a third of the parcel lies in the Town of Fishkill.)

Anderson said he hopes to also open Tunnel Road — a single lane that runs under Interstate 84 and ends at Dutchess Stadium — to bikers and pedestrians.

“I’m all about trying to figure out how to get people out of their cars,” he said. “If we’re the wedge that allows Tunnel Road to finally be opened, that’s a banner day for the City of Beacon and the cycling community.”

The Beacon Planning Board began its review on Tuesday (Sept. 10) of a townhouse project called Beacon Views on an 8.6-acre property that is the city’s last parcel available for multi-family residential construction that is not in a mixed-use zone.

Because the City Council on Sept. 3 adopted a six-month commercial and residential building moratorium, projects such as Beacon Views can be reviewed but the board cannot take any action.

On Tuesday, Planning Board members bristled at numerous elements of the project’s design.

Located near the Meadow Ridge developments and a recently approved 13-lot subdivision on Townsend Street, the project would have 42 units. Each of its nine buildings would include three-story, three-bedroom townhouses with street-facing garages. There would also be a recreational trail and 157 parking spaces (two spaces in each garage, a driveway space per unit and 13 visitor spots). 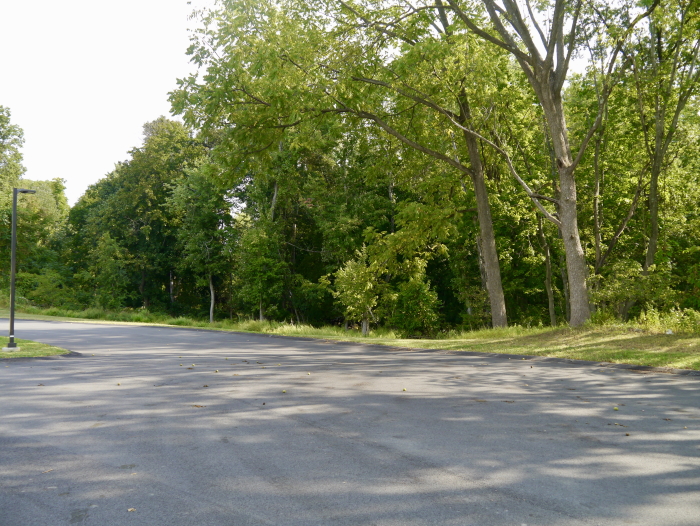 The proposed townhomes would be built in a wooded area behind the Highlands Meadows senior housing development. (Photo by J. Simms)

Like Meadow Ridge and Highland Meadows, the project would be located on property formerly owned by St. Francis Hospital. Per Beacon code, four of the townhouses will be sold at below-market rates.

The developer has commissioned traffic and school-impact studies, as well as a study that concluded the site doesn’t have historical or cultural significance that would preclude building.

John Clarke, a city planning consultant, said the project’s design — a private dead-end street more than 1,000 feet long with no sidewalks in front of the buildings — doesn’t fit Beacon’s traditional development standards, and emergency access — a 10-foot-wide lane through the Townsend Street development — would be insufficient.

Planning Board Chairman John Gunn expressed frustration with the design as well, calling it “very uninviting” and “a perfect example of what you call cookie-cutter.”

“Beacon is a city,” added board member Jill Reynolds. “There’s no value” in creating what amounts to a gated community-type environment.

Project officials said they would consider the board’s comments and update the plans.

To address parking and traffic congestion on Main Street, Clarke has recommended the City Council adopt a uniform width for driving lanes — either 10 or 10.5 feet — and re-stripe and narrow street-side parking spaces to 7 to 9 feet.

He said studies have shown that 10-foot lanes force drivers to slow down while still providing enough space for buses and trucks, and narrower parking spaces would force drivers to park closer to the curb.

The city is scheduled to construct curb extensions, or bump-outs, on Main Street next year, said City Administrator Anthony Ruggiero, which would present an opportunity to re-stripe the parking lanes.

The council could also consider designating alternate routes — along Henry Street, for example — for bikes. “We have been looking at those,” Ruggiero said. “Maybe there are other streets that are better than Main Street” for bicycles.