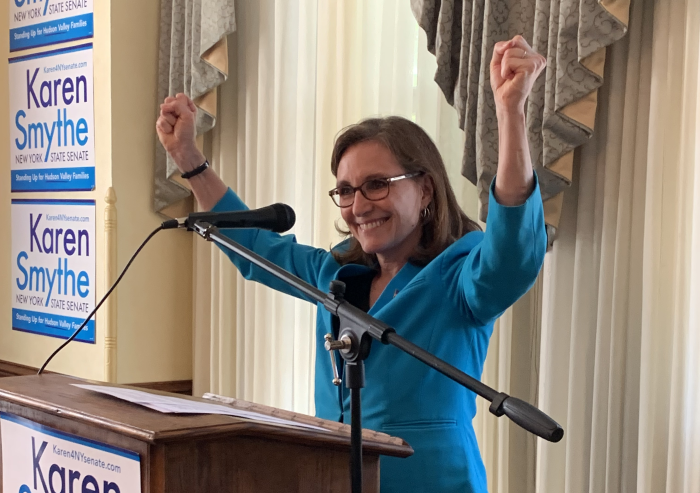 Karen Smythe, who in 2018 narrowly lost to state Sen. Sue Serino, will again challenge the Republican incumbent in 2020.

Smythe, a Democrat, announced her candidacy for the 41st District seat on Sept. 29 in Poughkeepsie. The district stretches along the east side of the Hudson River from Putnam Valley to Tivoli.