So there was no question that Beacon resident Lisa Gallina would spend, two days after Christmas, $625 for a month’s worth of insulin medications.

Typically she pays $50 per month after her deductible, but it had reset. She says she feels fortunate she could make the payment on her credit card. “But there’s people who can’t [afford it], and that’s how these kids die,” she said.

As insulin prices have risen, so have reports of diabetics rationing or forgoing medication and the deaths of uninsured or underinsured people in their 20s. 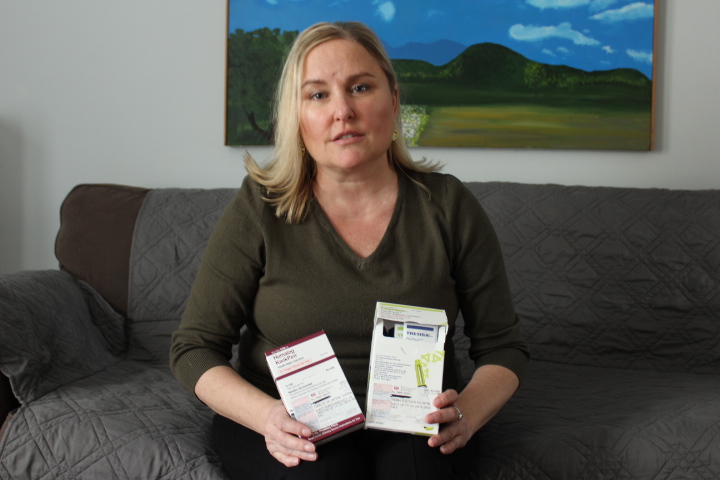 Lisa Gallina of Beacon with some of the insulin medications used by her daughter, who has diabetes (Photo by L. Sparks)

New York may soon join a short list of states that cap the monthly out-of-pocket costs that diabetic patients with health insurance must pay for the drug.

Gov. Andrew Cuomo in December expressed his support for a $100 cap for each 30-day supply, and lawmakers in the state Senate and Assembly are weighing several bills that would limit out-of-pocket costs to that amount.

Assembly Member Jonathan Jacobson, whose district includes Beacon, co-sponsored a bill that would institute the $100 cap and also direct the state Department of Health to establish a pilot program to provide insulin to diabetics who are uninsured or underinsured, as well as emergency supplies to diabetics who are unable to immediately get refills authorized.

Jacobson said he is confident the Legislature will approve a cap this year.

“Given the prevalent need for this drug, it’s just common sense,” he said. “You don’t want to have so many people held hostage by the drug manufacturers.”

Colorado and Illinois have instituted $100 caps, and the idea is being considered in Kentucky, Tennessee and Connecticut, where legislators are weighing a $50 limit.

Gallina believes New York’s cap will fall short if it does not protect diabetics who are uninsured. Her daughter, who is 21, could join those ranks in five years, when she is no longer covered under her mother’s insurance.

“When she turns 26, if she doesn’t have a job with health insurance, that’s when a lot of these kids end up dying because they parse out their insulin,” Gallina said.

An estimated 7.4 million people nationwide need insulin, according to the American Diabetes Association. In Putnam County, about 8 percent of adults have been told by a doctor they have diabetes, according to data released in 2018. In Dutchess, it’s 10 percent. The highest rate in the state is in the Bronx, at 16 percent. 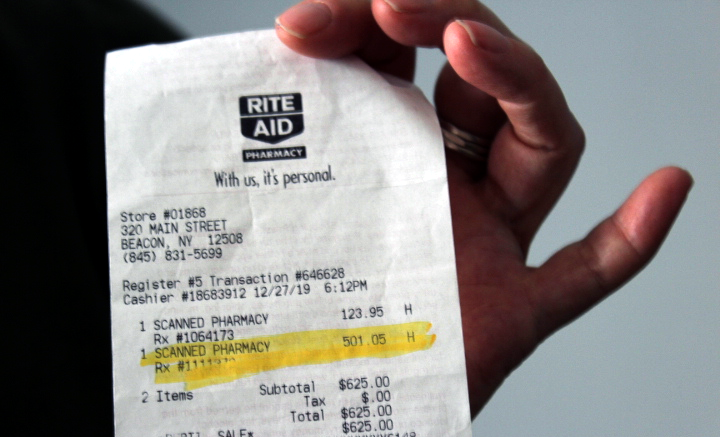 Gallina’s receipt for a month’s worth of insulin medication. (Photo by L. Sparks)

Patients who require insulin endure a lifetime of doctor’s visits, testing monitors and strips and medication.

It’s expensive. A study published in 2016 in the Journal of the American Medical Association found that the average price of insulin nearly tripled between 2002 and 2013, while a survey by GoodRX, which tracks prescription prices, found average prices rose 55 percent from 2014 to 2019.

Gallina’s daughter uses Humalog, made by Eli Lilly and Co., and Tresiba, made by Novo Nordisk. According to GoodRX, a 10-milliliter vial of Humalog was $332 in mid-2019, and each Tresiba pen was $124. Three years earlier, a Humalog vial was $241 and a Tresiba pen was $88.

Gallina’s daughter was diagnosed with Type 1 diabetes at age 10.

“I spend about $10,000 a year, after health insurance, on her medications, her doctor visits and her medical supplies,” Gallina said. “There’s all these things that go into managing a Type 1 diabetic.”

■ A monthly Type 1 Parents and Kids Group meets on the first Thursday and an Adult Type 1/Pump Group meets on  the third Tuesday at the MidHudson Regional Hospital in Poughkeepsie. Call 845-483-5188.

■ NewYork-Presbyterian Hudson Valley Hospital holds monthly classes for diabetics in Cortlandt led by a registered dietitian on the first and third Fridays. Call 914-734-3304.

Executives from the three big insulin manufacturers — Eli Lilly, Novo Nordisk and Sanofi — defended their pricing during an April hearing before the Oversight and Investigations Subcommittee of the U.S. House’s Energy and Commerce Committee.

Although retail costs have risen —there is no federal regulation of insulin prices — the executives cited high deductibles, greater cost-sharing requirements by insurers and the failure of pharmacy benefit managers and wholesalers to pass manufacturer discounts and rebates onto patients.

They said that their profits have declined because of those discounts and rebates demanded by benefit managers, distributors and wholesalers.

One thought on “Insulin: A High-Priced Shot at Life”