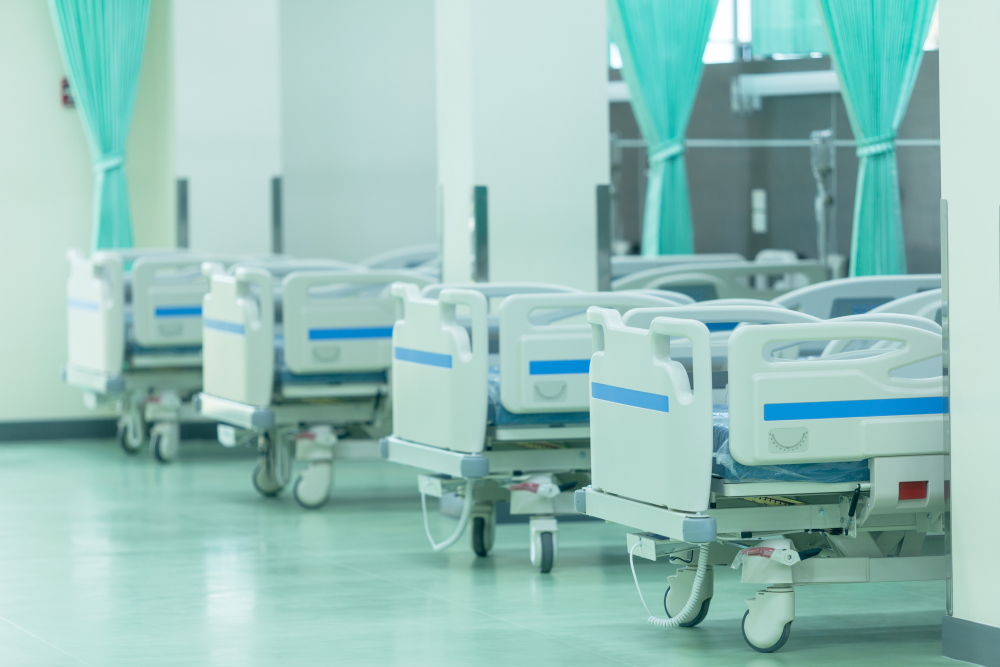 Hospitals in our immediate area have 1,226 beds and 72 intensive-care beds. (Getty Images)

Immediate area has fewer than 75 for intensive care

A 1,000-bed U.S. Navy hospital ship plans to deploy to New York City harbor in April as Gov. Andrew Cuomo and other state officials warned of a potential shortage of intensive-care beds and ventilators to treat coronavirus patients.

Of New York’s 50,000 hospital beds, 3,000 are designed for intensive care and 80 percent of those are occupied, including with 65 COVID-19 patients, Cuomo said on March 16. The state also has between 5,000 and 6,000 ventilators that would be needed by patients with the most serious cases, he said.

Closer to home, the five hospitals in Dutchess and Putnam counties, along with Montefiore St. Luke’s Cornwall in Newburgh, have 1,226 beds and 72 intensive-care beds. Assuming 80 percent of those ICU beds are already occupied, that would leave 14 immediately available for COVID-19 patients.

Public health officials say that while most people infected by COVID-19 will likely experience only mild symptoms — fever, cough and shortness of breath — and not require hospitalization, even the relatively small percentage who suffer severe symptoms could overwhelm the system.

Under one projection, Cuomo said, the state could need 110,000 hospital beds, including 37,000 ICU beds with ventilators, within 45 days.

Cuomo asked the Trump administration to call in the Army Corps of Engineers and military personnel to build hospitals and repurpose buildings.

The Department of Defense said Wednesday that the USNS Comfort would head to New York City after it finishes undergoing maintenance in Virginia.

Its role would be to care for patients suffering from ailments other than COVID-19, officials said. Another ship, the USNS Mercy, will deploy to the West Coast.

The state, in collaboration with the Army Corps of Engineers, is also identifying existing facilities that could be repurposed as hospitals, Cuomo said on Thursday.

The state Department of Health on Monday issued guidance to hospitals seeking emergency approval to repurpose their space, install tents or trailers, exceed their bed capacity or use off-site spaces to treat patients.

On Thursday, Cuomo said Health Commissioner Howard Zucker is preparing new regulations based on how many beds can be added to existing hospitals.

In New York City, Mayor Bill de Blasio announced a plan to add 8,300 hospital beds, “creating them where they’ve never existed before” in places such as North Central Bronx Hospital, which has two vacant floors, and a recently built but unoccupied nursing home in Brooklyn.

In the Hudson Valley, Northern Dutchess Hospital in Rhinebeck, Putnam Hospital Center in Carmel and Vassar Brothers Medical Center in Poughkeepsie are part of the Nuvance Health System, which includes four other hospitals in western Connecticut.

The system has “an adequate number of required rooms and supplies, including ventilators,” the company said in a statement. It said its system also has 100 “negative-pressure rooms,” which are used to contain airborne contaminations, and can readily expand its isolation space.

“One of the many benefits of being part of a health system with seven hospitals is we can work together to help balance and accommodate a shifting census if we see an influx in patients,” it said.

Nuvance this week joined the growing list of hospitals, including MidHudson Regional in Poughkeepsie and Montefiore St. Luke’s Cornwall, prohibiting visitors except for pediatric and maternity patients.

The NewYork-Presbyterian system, which includes Hudson Valley Hospital in Cortlandt, has instituted the same visitation rules and canceled elective procedures and surgeries.

“The health and safety of our patients, visitors, employees, and our communities remain a top priority,” the hospital said on Facebook.

3 thoughts on “Do We Have Enough Hospital Beds?”