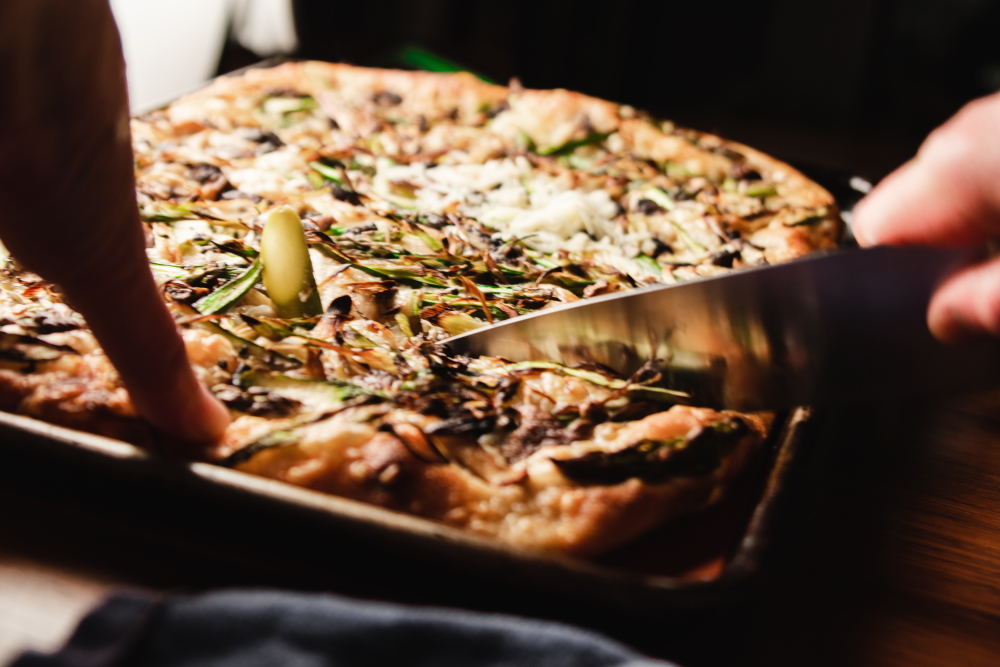 “No more excited bread posts” read the email’s subject line. It piqued my interest the moment it landed in my inbox, mostly because I misunderstood it. I thought its writer was expressing annoyance at the rash of sourdough upstarts who’ve been new-momming all over Instagram about their adorable leavens.

In fact, the email’s author intended no snark. In an essay in a linked-to literary journal, she lamented her friends’ diminishing enthusiasm for baking; the upbeat sourdough posts that had proliferated on the internet in early April were being replaced by grimmer musings as the shutdown wore on. “No more” was merely a bleak observation: no more carrier pigeons, no more polar ice, no more excited bread posts.

Still, my reaction, though ungenerous, wasn’t entirely unwarranted. Home-grown sourdough has been the biggest trend of the stay-at-home period. King Arthur Flour reported that online sales of certain flours were up by 2,000 percent in March. And according to Nielsen data, mid-March yeast sales were up 647 percent over the same time last year. Quarantine sourdough even made it onto Fox News.

Truth be told, I am something of a sourdough upstart myself, having birthed my starter less than a year ago. Yet I find myself facing what must be a national dilemma at this moment. Because — did you notice? — it’s spring, glorious, bird-crazed spring. And while part of me absolutely does not want to abandon my baby-genius starter, the other part wants to be outside romping among the crabapple blossoms. I no longer find it cozy to have crusty loaves piling up in my kitchen. Soup season is over, and the kids are tired of me begging them to eat buttered toast for snack instead of Sun Chips.

My best-of-both-worlds solution has been to turn my sourdough into focaccia. The first time I tried this, in November, I simply stretched my dough flat instead of forming it into a loaf, then topped it with paper-thin potato slices and thyme, inspired by memories of the wonderful vegetable-topped focaccias at the old Sullivan Street Bakery in Soho. It came out tasty but tough. In March, I increased the leaven and water. Much better; the kids even deemed it “sellable.” In April, I added olive oil; better still. When May arrived, I finally consulted an expert.

Erin Detrick, founder and co-owner of Signal Fire Breads, has made a lot of focaccia in her life; she’s even developed proprietary focaccia recipes for restaurants. She says you don’t have to be a restaurant chef to get it right.

“Focaccia dough is forgiving; it can be mastered without years of practice or high-tech bread-making equipment,” she says. “And because the pan supports the dough, you don’t have to shape it as intensely as with a loaf, so you’re less likely to overwork it.” She also says the olive oil, extra water and extra yeast make focaccia tenderer, fluffier and more forgiving than other breads.

So yeah, focaccia is great for many reasons, but what thrills me most about it right now is that it lets bread become a canvas for all the amazing things arriving at the farmers market. Last week, I topped one with asparagus, wild mushrooms, ramps and green garlic. This morning, I tried rhubarb, ricotta, orange and mint.

The name focaccia comes from the Latin for “fire”: fuoco. But from now on, in my personal lexicon, I’m going to translate it as “excited bread.” Which means that this column right here? It’s my own excited bread post. 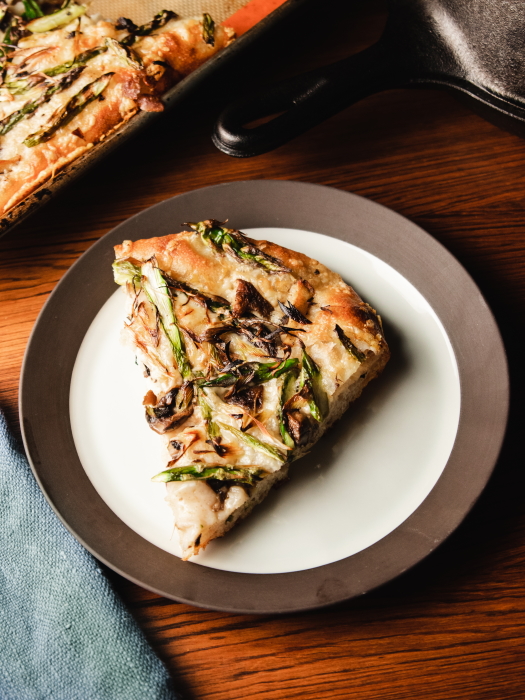 In a bowl, combine everything except the grated cheese. Before baking, sprinkle the vegetable mixture over the surface of the focaccia.

When the focaccia is done, remove from oven and immediately sprinkle on the shredded cheese; the heat from the focaccia will melt it. Serve warm or at room temperature. 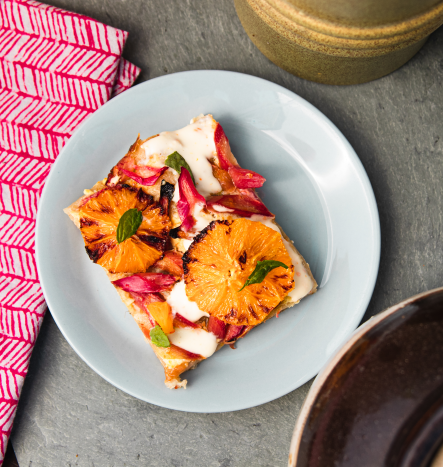 Reserve 2 tablespoons sugar. In a bowl, combine the rhubarb, remaining sugar, 1 teaspoon vanilla and half the olive oil. Sprinkle over focaccia.

Bake according to focaccia recipe. Meanwhile, blend the ricotta with 1 tablespoon sugar, 1 teaspoon vanilla, and 1 teaspoon orange zest until smooth. Set aside.

When focaccia is done, allow to cool slightly; serve topped with ricotta and mint.

Erin Detrick takes a different approach to focaccia than she does to loaves. (See below). However, if you’re interested in experimenting with your homegrown sourdough, here are some guidelines for evolving it into focaccia. (You can also skip baking altogether and order Signal Fire bread at signalfirebread.com.)

■ Increase the water by 5 percent to 10 percent.
■ Add 2 tablespoons olive oil and ½ teaspoon sugar to the dough.
■ Increase the leaven. I added 100 grams of poolish in addition to my regular 200 grams of starter. Alternatively, says Detrick, you can simply throw a little yeast (2 or 3 grams) in with the starter at the beginning of the process.
■ Halfway through the bulk rise, transfer the dough to rimmed baking sheets coated with olive oil (one loaf = one focaccia), and stretch gently. It will contract at first; don’t worry. Just give it a gentle stretch every half-hour for the remainder of the bulk-rise period.
■ Cover dough for the 2- to 3-hour final rise.
■ Before baking, gently pock the surface with your fingertips, drizzle on olive oil and sprinkle with flakey sea salt.

1. In a large bowl, thoroughly whisk together flours, salt, sugar and yeast. Add warm water and 2 tablespoons of the oil, and mix by hand or with a wooden spoon until evenly blended and no clumps of dry flour remain (no need to knead); the dough will be sticky.

2. Pour the remaining 2 tablespoons oil into a 6-quart sealable plastic container. Transfer dough to container, turning it once or twice to coat. Cover tightly. (Alternatively, use a mixing bowl and cover dough with plastic wrap.) Allow dough to rise eight hours or up to 24 in refrigerator without kneading or turning.

3. Two hours before baking, transfer dough to rimmed sheet pan. Gently stretch, but don’t force it. Cover with a towel and place in a warm location for 1 to 2 hours, very gently stretching the dough every half hour or so until it fills the pan and is doubled in bulk and fluffy (on hot summer days, this can happen quite fast).

4. Meanwhile, heat oven to 475 degrees. Gently dimple the surface of the focaccia with your fingers. Coat lightly with oil and sprinkle with sea salt. Distribute toppings, if using, evenly across surface.

5. Bake 10 minutes, reduce heat to 425, rotate pan, and bake an additional 10 to 15 minutes, or until focaccia is golden and toppings cooked. Serve warm or at room temperature.