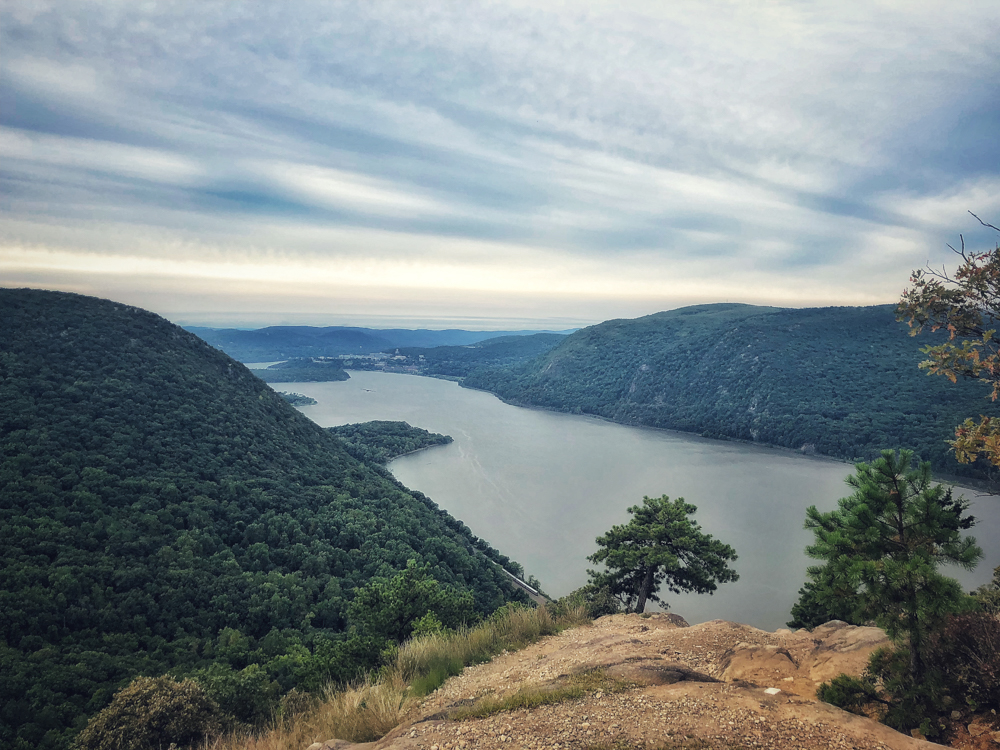 Hikers who find themselves in over their heads at Breakneck Ridge will soon have an easier — and safer — way to return to the trailhead.

Construction is scheduled to begin this year on a trail which will begin at the first of Breakneck’s three plateaus (where the flagpole is located) and lead north down the ridge, connecting with the Wilkinson Trail near the trailhead.

The trail will follow the natural “bench,” or shelf, along the ridge, hence the trail’s working title as the Bench Trail, said Amy Kacala, executive director of the newly formed Hudson Highlands Fjord Trail Inc.

The trail will form a loop that can be done in less than 90 minutes, although the goal is not to provide a short hike but to reduce the number of injuries and rescues that take place on the popular trail.

Officials from the state parks department said many of the accidents occur when visitors, after making it to the first plateau, realize that the hike is beyond their capabilities and look for a way down. Unfortunately, backtracking isn’t always an option because there are often many other hikers climbing the ridge face.

As a result, many stalled hikers descend off-trail, trampling sensitive plant habitats. The situation also forces them, once they reach Route 9D, to walk through Breakneck Tunnel, a safety issue that the creation of the Fjord Trail would address.

Finally, inexperienced hikers who find Breakneck too challenging typically discover that bushwhacking an extremely steep ridge is much worse, which leads to injuries and rescue calls. (So many people have taken unmarked routes down that they’ve created visible “social trails.”) Because hikers often time their ascent to watch the sunset over Storm King, some rescues also occur in the dark.

Kacala said the Bench Trail will allow hikers to get a taste of Breakneck while providing a safer way to bail out. The trail avoids sensitive habitats and will allow the state parks agency to fill in the social trails during ecological restoration projects so that “nature can reclaim” the area, she said.

“We had an ecology working group put together for this project, and they said that the best thing we can do for Breakneck’s ecology is to keep people on the designated trails so that you’re containing the footprint,” Kacala explained. “That’s what we’re hoping this trail project will help support.” 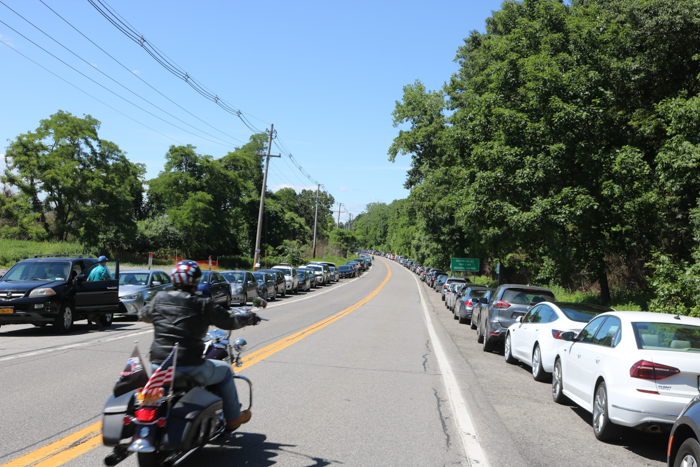 Parallel parking during a recent busy day at Breakneck (Photo by M. Turton)

She said she hopes the Bench Trail will be completed by this time next year, although bad weather and the availability of trail crews could cause delays.

The Bench Trail will be the first project undertaken by the Hudson Highlands Fjord Trail group. The initial phase of the Fjord Trail, which is envisioned as stretching from Cold Spring to Beacon, was to be a series of enhancements at Breakneck that would allow more parking while eliminating the need for hikers to have to walk alongside or across Route 9D, as well as through the tunnel.

While the connector project is still scheduled to be built by 2022, the state parks department and the Fjord Trail group began to look for more immediate solutions to the congestion and injuries at Breakneck. 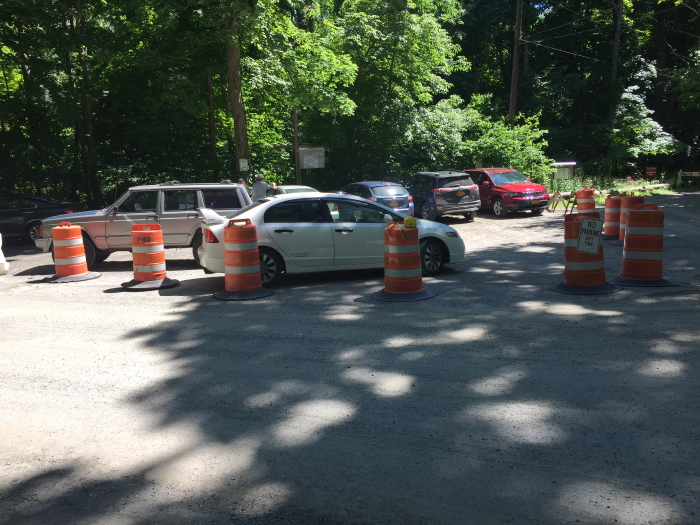 This past weekend, visitors to Indian Brook Trail in Philipstown, which is closed, moved the no-parking barriers to make room for their vehicles. (Photo by Chip Rowe)

The trails at Breakneck recently reopened after being closed during the COVID-19 shutdown, although Metro-North has not resumed stops at the Breakneck Ridge station that bring hundreds of people to the mountain’s narrow slopes. According to counts made by trail stewards for the New York-New Jersey Trail Conference, who will be positioned at the trailhead starting later this month, peak daily visitation has grown from 400 hikers in 2014 to 2,000 hikers in 2019.

“Some people, as they were getting ticketed for parking head-on, were saying, ‘But I’m parked parallel to the car next to me. Isn’t that parallel parking?’ ” Cooper said. “We’ve been putting barriers up to help define what it means.”

One thought on “New Trail at Breakneck”