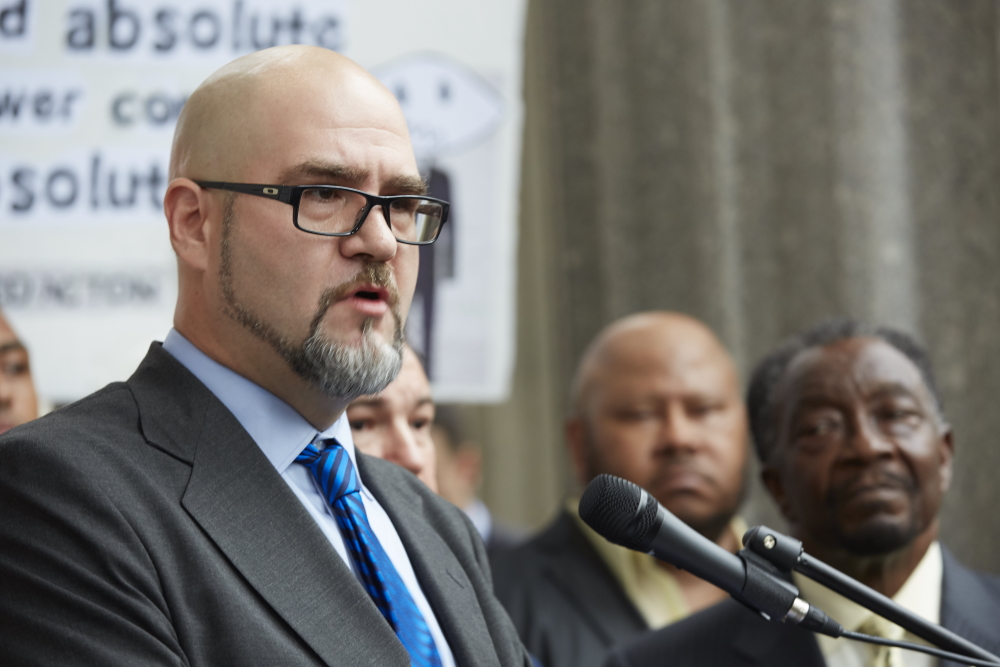 Anthony DiPippo speaks in New York City in 2018 in support of a state bill that would establish the nation's first commission to investigate prosecutorial misconduct. (Photo by Mark J. Sullivan/ZUMA Wire)

Acquitted in third murder trial after 20 years in jail

Anthony DiPippo, who was twice convicted of raping and murdering a 12-year-old Carmel girl before being acquitted in a third trial in 2016, will receive $12 million in the settlement of a federal civil-rights lawsuit he filed against Putnam County.

The settlement will cost the county $200,000, with the remainder covered by insurance. The Legislature voted 8-1 on Aug. 11 to approve the agreement, with Nancy Montgomery (D-Philipstown) casting the lone “no” vote.

District Attorney Robert Tendy condemned the Legislature’s decision, calling it “incomprehensible and indefensible.” In a response, County Executive MaryEllen Odell, who supported the settlement, dismissed Tendy’s reaction as “an emotional response in a case where two prior district attorneys obtained convictions but he was unable to do so.” 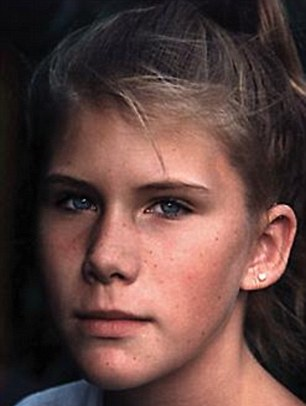 DiPippo and Andrew Krivak were convicted of second-degree murder in separate trials in 1997 for their alleged participation in the 1994 rape and murder of Josette Wright, 12. Her remains were discovered in Patterson in November 1995, more than a year after she disappeared. Robert Thoubboron was the Putnam County sheriff at the time of the crime; he was defeated in the 2001 election by Donald Smith, who served until being ousted in 2017 by Robert Langley Jr.

DiPippo spent 20 years in prison before his release. Krivak, who is serving a sentence of 25 years to life, remains incarcerated at the Putnam County Jail, although a state judge based in Westchester County last year threw out his conviction. (Putnam-based state judges had recused themselves.) The state appealed, and oral arguments are scheduled to begin Sept. 8 on whether Krivak deserves a new trial.

The primary witness for the state is Denise Rose, a former friend of both men who testified that, while sitting in Krivak’s van, she watched Krivak and DiPippo rape and suffocate Wright before carrying her body into the woods. The defense contended Rose was a compulsive liar who used information fed to her by the sheriff’s investigators because they threatened her with prosecution. She insisted as recently as December, in a deposition in the DiPippo lawsuit, that she had seen both men commit the crime, although a defense attorney was able to draw out significant inconsistencies in her account. 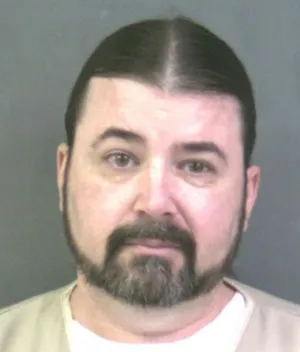 DiPippo’s conviction was overturned in 2001 when an appellate court determined that his lawyer failed to disclose that he had previously represented Howard Gombert Jr., a sex offender who was later put forth as a more likely suspect in Wright’s death.

Gombert is serving a 30-year sentence in Connecticut after being convicted of sexually assaulting an 8-year-old girl in 2000. He is also a suspect in the 1995 disappearance of 17-year-old Robin Murphy from a Carmel shopping center on Route 52, where Gombert worked at a coin-operated laundry. Gombert has denied involvement in Wright’s death or Murphy’s disappearance.

DiPippo was re-tried in 2012 and again found guilty, but that conviction was overturned in 2016 when the state Court of Appeals ruled 4-1 that DiPippo’s lawyer should have been allowed to present testimony from a former Carmel resident who was imprisoned with Gombert in Connecticut who said Gombert had implicated himself.

During the second retrial, DiPippo’s attorneys also questioned the tactics of Putnam sheriff investigator Patrick Castaldo, now retired, and other deputies when they took statements from alleged witnesses to the crime.

During DiPippo’s third trial, in 2016, which lasted for three weeks, the jury deliberated for a day before finding him not guilty.

Following his exoneration, DiPippo sued in federal court, alleging that his constitutional rights had been violated by the county and Sheriff’s Department.

In a statement issued on Aug. 14, Putnam County District Attorney Robert Tendy criticized the Legislature, county executive and county attorney for not consulting with him before agreeing to settle a lawsuit filed by Anthony DiPippo, which Tendy said “had no factual or legal basis and would ultimately fail.”

He said that during DiPippo’s three trials, “there had never been a single finding by any court of a civil rights abuse or any police wrongdoing.” He claimed the county never did anything to investigate and rebut DiPippo’s claims that his rights had been violated.

“In my opinion, based on the public comments made by the legislators as they cast their votes, the county was concerned with one thing only: money.”

Tendy continued that “the negligence on the part of everyone responsible for this decision is astonishing — and the decision is reprehensible.”

Odell said Tendy was “taking a business decision as a personal affront to him and feels as though it is a comment on his shortcomings and inability to convict Mr. DiPippo. This couldn’t be farther from the truth.”

She also accused the D.A. of not being “even remotely familiar” with the facts of DiPippo’s federal lawsuit. “He could not even begin to describe the conflicting and troublesome evidence that had been discovered thus far in this case which had been litigated for over two years by the county’s insurance defense counsel and its insurance coverage counsel,” she wrote. “Mr. Tendy should concern himself with the business of the district attorney’s office and leave the federal litigation to those with greater expertise and knowledge of evidentiary standards.

“The fact that Mr. Tendy believes that, with no knowledge of the facts of this case, he knows better than four attorneys and a mediator how the litigation should have been handled is both arrogant and egotistical,” she wrote. “Mr. Tendy’s job is to put criminals behind bars. Where Mr. Tendy failed to do his job effectively, he cannot then blame myself or the Legislature for doing ours.”

In a statement, Odell called the settlement “one of the most difficult decisions I’ve had to make as a county executive, particularly given the circumstances of the crime and in light of the economic collapse we’re facing due to COVID-19. I am, however, supporting this settlement to protect the taxpayers by capping the amount we would be required to pay at $200,000.”

According to Odell, if the case went to trial, DiPippo could have been awarded up to $30 million by a federal jury in White Plains. The case would have also cost the county millions more in legal fees. She said the settlement would “protect county taxpayers.”

Paul Jonke (R-Southeast) pointed to the “potential catastrophic loss” if the case went to trial. “The insurance companies are not in the business of handing out money, yet they are recommending this settlement,” he said.

As part of these settlements, the county admitted no wrongdoing.

April 2020
Amount: $65,000
The Legislature settled a lawsuit filed by a woman who claimed she was turned down for a corrections officer position at the Putnam County Jail because she earlier alleged she had been sexually assaulted by a co-worker at a state job.

December 2019
Amount: $750,000
The Legislature settled a lawsuit filed nearly five years earlier by a Brewster man who said he was targeted by former Sheriff Don Smith as part of a campaign to discredit District Attorney Adam Levy, a political rival. Alexandru Hossu was acquitted after being arrested in 2013 following an allegation by the daughter of a girlfriend that he had raped her. The county paid $250,000 and insurers covered the rest. 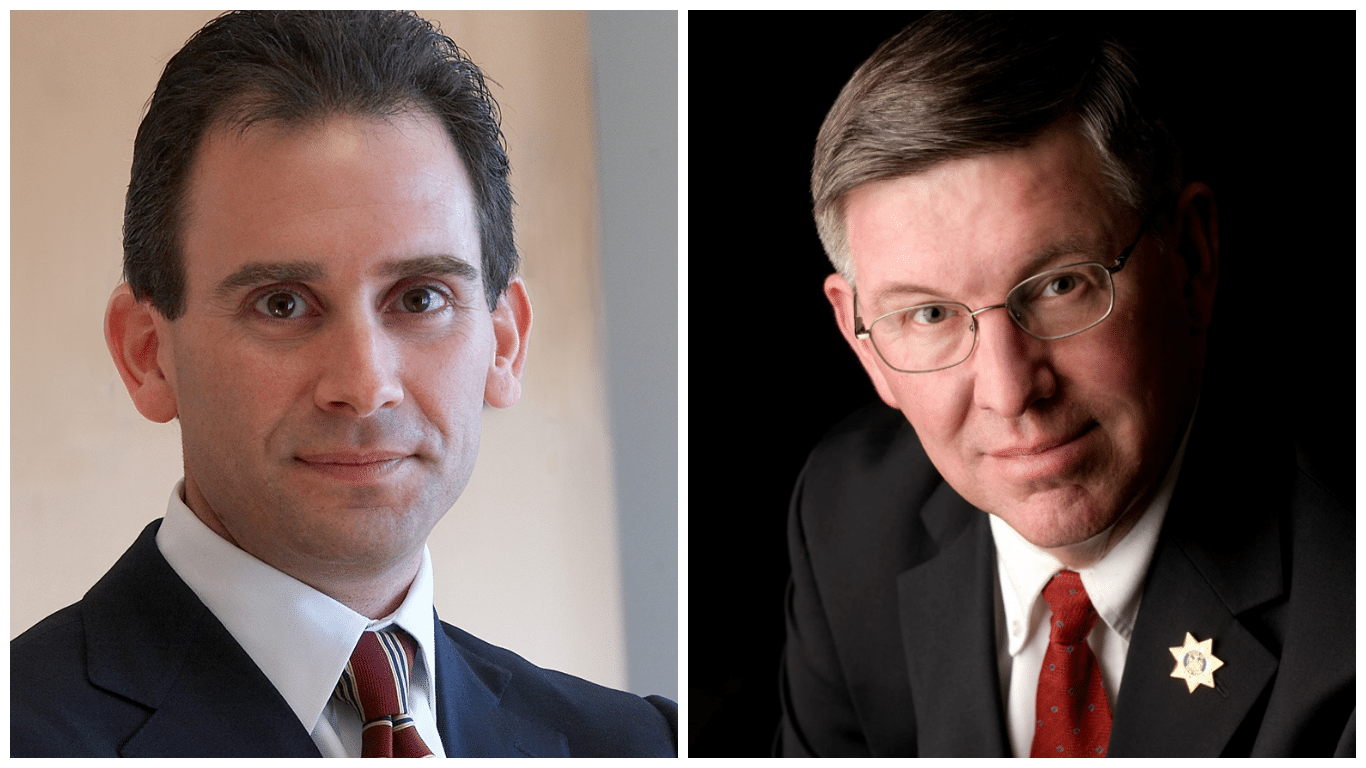 October 2019
Amount: $130,000
The Legislature settled a lawsuit by three Connecticut residents who alleged false arrest. They said sheriff’s deputies in an unmarked car pulled them over in Carmel in 2018 because an officer said they had a taillight out. The plaintiffs said the officers arrested them after removing a bag from the vehicle and identifying the 13 round white pills inside as Ecstasy. In fact, they said, they were plastic plugs from a construction job. The charges were later dropped.

December 2014
Amount: $35,000
The Legislature settled a lawsuit filed by Kenneth DeFreitas, who accused sheriff’s deputies of beating him while he was in custody on robbery charges. The investigators — Patrick Castaldo, who retired that year, and Gerald Schramek, who left in 2015 — said DeFreitas had tried to seize one of their guns.

Neal Sullivan (R-Mahopac) said the decision to settle “is simply a mechanism to eliminate the possibility of a devastating jury verdict later on. Trying a federal case in the current environment of anti-law enforcement sentiment may prove to be difficult and risky.”

Without giving details, he referred to “many factual allegations which could prove to be problematic” in a federal trial, “not the least” of which included apparent “contradictory and troubling testimony” from Sheriff’s Department investigators, including that they did not adhere to a legal requirement known as the Brady Rule in which prosecutors must turn over evidence that could be helpful to the defense.

(In a statement on Aug. 19, Sheriff Langley, who took office in 2018, said “there is no such policy” under his command and that his staff was reviewing its procedures to ensure they conform to state and federal law and police best practices “to minimize the risk of liability.”)

(In a statement on Aug. 24, Sullivan wrote that Langley had taken his comment out of context. “Nowhere did I state that the current Sheriff’s Department, its officers or personnel were guilty of adhering to such a policy,” he wrote. He also noted that “Langley can review as many policies as he would like,” but Gov. Cuomo’s executive order has made the review mandatory.)

Addonizio (R-Kent), who chairs the Legislature, said that a large financial loss in court could cause the county to lose its Moody’s bond rating, “which would result in the loss of hundreds of thousands of dollars” in higher interest charges on money it borrows.

Montgomery, who voted “no,” countered that, “as a matter of principle, we don’t pay a rapist to maintain our bond rating — that’s just gross. We’re not in a position to be borrowing anyway, and I’ve heard that scenario over and over again, and it sickens me.” She also said that Krivak “admitted to this and our district attorney has advised us strongly” to reject the settlement.

One thought on “DiPippo Gets $12M in Putnam Settlement”