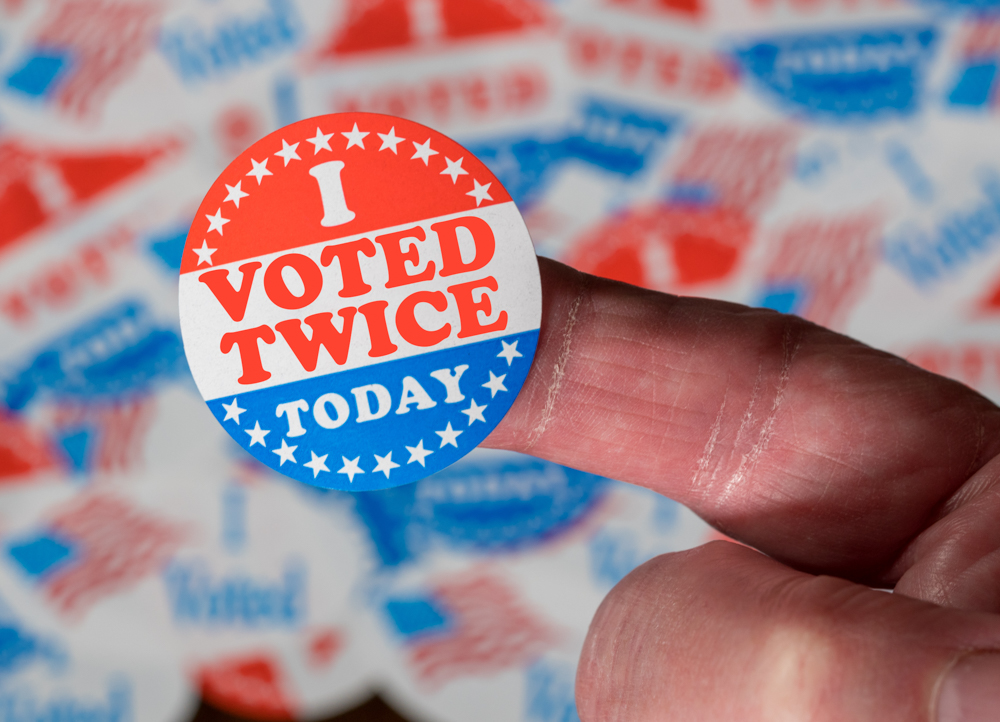 Q: Last month, President Trump suggested that North Carolina residents vote by absentee ballot and also at the polls to “test the system” for fraud. What stops that from happening in New York?

A: Nothing. It’s not illegal in New York to vote by absentee ballot and then at the polls. Absentee ballots aren’t counted until after Election Day, so if you vote in person, election officials void your mail vote.

During the June 23 primary election, 22 voters in Putnam County who sent in absentee ballots also showed up to vote, according to Cathy Croft, who is the Democratic commissioner for its Board of Elections. Their absentee ballots were pulled. “We only counted one ballot for those voters,” she said.

According to the Dutchess County Board of Elections, 90 voters submitted absentee ballots for the primary and later voted in person. Their mail ballots were also voided.

A change of plans is a far cry from voting more than once through fraud, such as casting an absentee ballot for a dead person. According to the National Conference of State Legislatures, at least 31 states, including New York, consider it a crime to intentionally vote twice in the same election.

A database compiled by the Heritage Foundation lists 21 convictions in New York State since 1983 for election fraud, with two for intentionally voting twice and three for forging absentee ballots. In 2018, a Columbia County dentist pleaded guilty to disorderly conduct after he sent an absentee ballot for the 2013 general election to the county and voted in person in New York City.

Have a question we can answer? Email [email protected]

One thought on “Q&A: Can You Vote Twice?”