Local merchants hunker down for winter

A year ago tomorrow (Nov. 14), Joe Robitaille finalized his purchase of Homespun Foods in Beacon after its longtime owner, Jessica Reisman, retired to Seattle.

By taking over the restaurant in the fall, Robitaille, who had worked for nearly a decade at high-end Manhattan restaurants, knew he had several slow winter months ahead. His approach was to take things one day at a time, he said this week, noting that he set no goals other than to make it to the first anniversary.

The first four months went well, he recalled. The staff of seven full-time and three part-time employees — many of whom had stayed after the sale — knew the business.

“The team was in a great place,” Robitaille said. “I was excited for the busy part of the year.”

Then came the shutdown because of COVID-19. On March 16, the same day schools shuttered statewide, Gov. Andrew Cuomo ordered restaurants and bars to close to diners, permitting only takeout and delivery. 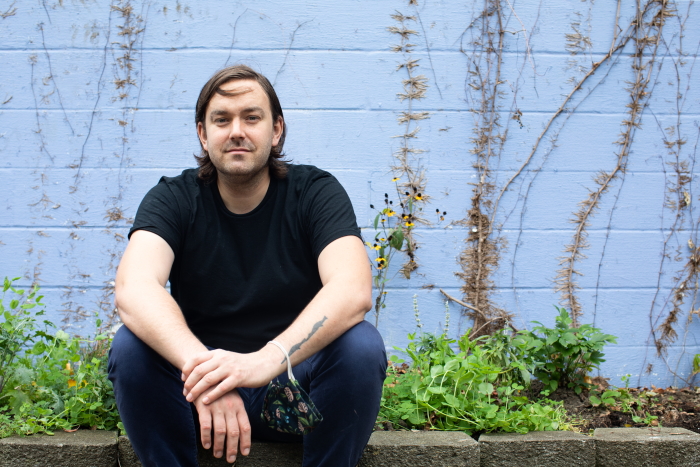 Unsure that he could keep his employees or customers safe, Robitaille opted to close entirely. He recalled “sleepwalking” out of the bakery Homespun rented across the street from the restaurant and pretending to take a phone call so he could walk outside in silence.

“It was absolutely terrifying,” he said. “One of the things that scared me was knowing that all the businesses in Beacon were at the lowest point of our cash flow for the year because we’d just used our resources to get through the wintertime. I had no idea what to do.”

The timing wasn’t good for anyone.

“April is the first month that things start turning up for businesses,” said Eliza Starbuck, the president of the Cold Spring Chamber of Commerce and co-owner of Flowercup Wine in Cold Spring. “People couldn’t even respond. If your business isn’t online, you can’t just throw a website up and start selling in a week.”

Scott Tillitt, the founder of the Beahive coworking space in Beacon, said that rentals for meetings and events “went to zero overnight,” dropping monthly revenue by 10 percent to 15 percent. “Flex” desk rentals to freelancers and remote workers decreased, as well.

“We’re so physical space-based,” he said. “I don’t know any other way to pivot. We’re biding our time until people feel comfortable coming back.”

Robitaille reopened Homespun for four days per week on June 19. By then, Beacon officials were allowing Main Street restaurants to place tables in curbside parking spots to create “parklets” for outdoor dining.

Homespun put three tables on the sidewalk, each 8 feet apart, and kept eight tables in an enclosed backyard.

But reopening wasn’t as simple as dragging a few tables out front, Robitaille said. Every aspect of the business — from food prep to delivery to customers and cleanup at the end of the night — had to be revised to meet state health protocols aimed at slowing the spread of the virus.

“I was completely exhausted from getting us reopened,” he said. “And it just wasn’t busy. We were nowhere near break-even numbers.”

As the Mid-Hudson Region neared Phase 3 of its reopening, which would allow indoor dining at 50 percent capacity, business suddenly turned around for Homespun. Robitaille decided to stay cautious and stick with outdoor dining, while permitting no more than seven people inside for pickups.

That was at the end of June. But with cold weather on the way, restaurants and their employees and customers must now grapple with how to navigate winter during a pandemic. 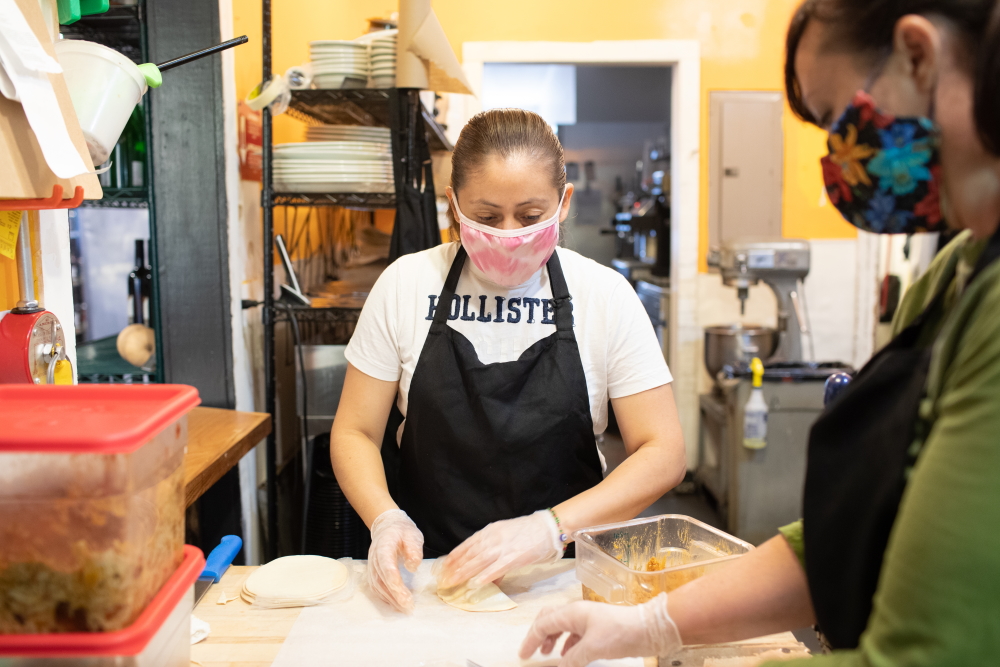 “Restaurants, which require a full staff to operate, have struggled to find employees brave enough to take on the kinds of safety demands basically taken by essential workers,” Starbuck explained. “Their incomes are partially made up of tips. What happens when the tables are reduced?”

Starbuck said she thinks some restaurants will utilize outdoor heaters to keep patio dining spaces open as long as possible.

Robitaille isn’t sure that would work at Homespun, so he’s planning to revamp his takeout menu while looking into delivery, as well, although that would add insurance costs. Selling frozen prepared foods could be another option.

He plans later this month to reopen on Mondays (Homespun was open seven days a week, pre-pandemic) to allow employees to pick up extra shifts.

At Beahive, the state’s phased reopening was challenging this summer “because none of the guidelines apply” to coworking spaces, Tillitt said. Fortunately, some longtime members have continued to pay rent even while they haven’t been in the building.

With that level of commitment, Tillitt said, “I’m confident that we’ll rebound strongly, it’s just a matter of when.”

Starbuck hopes Beacon and Cold Spring’s Main Streets can make it to Christmas without another shutdown.

“Holiday gift sales are the bread-and-butter that get independent retail businesses through the winter,” she said. “The best thing people can do to support small retailers is start their holiday gift shopping now, under the assumption that another shutdown could happen in December.”

Even though Robitaille knows business will slow once he cuts outdoor dining, he insists he’s not dreading the winter.

“I came into this expecting a struggle,” he said. “If anything, it’s pretty amazing to be here still and to be in the position we’re in now. Any feelings that I’m feeling are cautious — that you don’t know what to expect; to check yourself when you think you know what’s coming.

“It’s sincerely how I feel,” he added. “In the summertime, it wasn’t the same, though. I thought we were going down.”

One thought on “Business as Unusual”