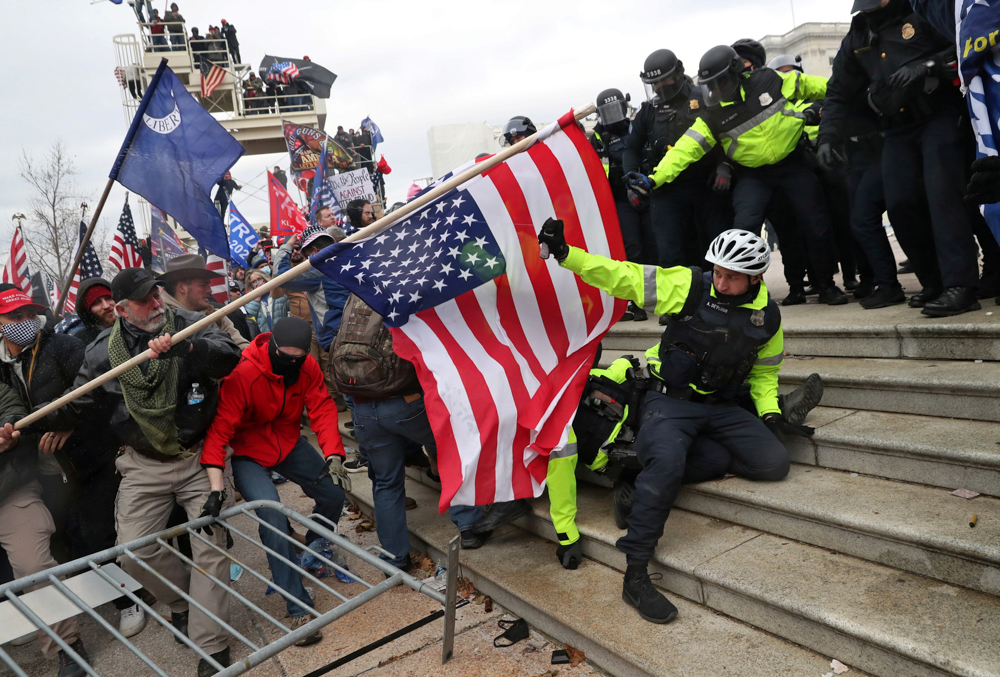 Police officers fend off members of a mob on Jan. 6. (Photo by Leah Millis/Reuters)

Those were the most common responses when, a day after a mob of rioters broke into the U.S. Capitol hoping to overturn the presidential election in favor of then-President Donald Trump, four dozen Haldane High School seniors were asked by teachers how they had felt while watching coverage of the insurrection.

Haldane High School Principal Julia Sniffen had mustered teachers on Zoom that morning to quickly plan a discussion about the riot in that day’s history and social studies classes, which were being held virtually.

Knowing that “some students are going to come in having watched the news all night,” Sniffen called the chair of the Social Studies Department and said that “we need to get together tomorrow morning before school.”

In their classes, teachers played a clip from the PBS NewsHour coverage of the insurrection and also asked children to identify two credible news sources. “That’s incredibly challenging when social media has such a presence,” Sniffen said.

Teachers also asked their students to write about their emotional reactions to what they watched and their thoughts on what it means to be a citizen and the long-term impact of what happened, said Sniffen. Most of the school’s students “knew what was going on,” she said.

“It was important to provide some context as to what transpired and what happened — to educate them on finding trustworthy and reliable news sources and to state ‘Here is what happened,’ and from there, ‘What is the historical importance?’” Sniffen said. 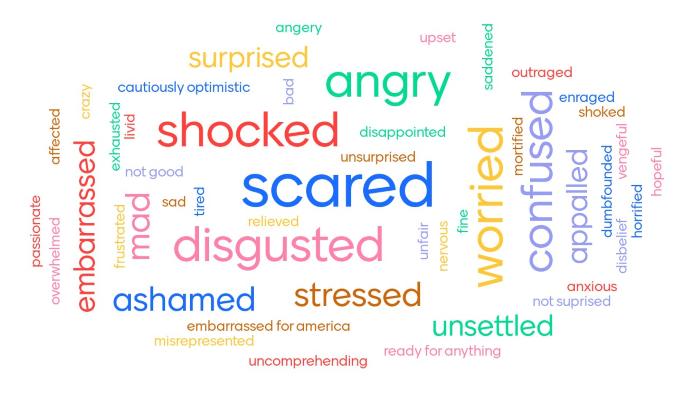 Haldane High School created a word cloud based on the responses of four dozen students who were asked how they were feeling about the riot at the U.S. Capitol on Jan. 6.

Robyn Moreno and Bernard Bunye, who co-chair the Haldane PTA’s Equity, Diversity and Inclusion Committee, shared tips online from Culturas.us, a site for “Black, Indigenous [and] people of color.”

Bunye, who has a daughter in the first grade at Haldane and a son who will start school in the fall, said that he and Moreno “felt like we wanted parents who were just as lost as us” to have some guidance.

“When presented with something that is so out of the norm, in the digital age where our kids have so much access to current events and things, it can be impactful,” he said.

The videos and pictures were frightening and ubiquitous. A man smashing a window with a shield stolen from a Capitol police officer and rioters rushing past barricades and shooting streams of pepper spray. The shooting of a California woman as she climbed through a broken window. Symbols of white supremacy and anti-Semitism; a noose and gallows erected outside.

Moreno, who has two daughters, ages 6 and 8, said she was trading texts with other parents while watching the news coverage, which “looked right out of a movie.” She was concerned that it could create “a lot of fear in a kid if they happen to see it.”

Two days after the riot, the National Association of School Psychologists said in a statement that children are “looking to adults for reassurance and help making sense of the chaos.”

“Help them express their feelings and concerns in productive ways. Help them — and ourselves — genuinely understand the history and current realities of racism in this country,” it said. “We must do this, because complicity and complacency have contributed to the current state of our country, and silence is not an option.”

At the Garrison School, Superintendent Carl Albano notified parents that he and Principal Allison Emig expected teachers “to cover this historically significant event during class in a developmentally appropriate way.” Christine Valvano, the social-studies teacher, led the discussions with middle school students, said Krista DiDiego, a counselor with the district.

Acknowledge that we don’t have all the answers.

Accept that there may be initial confusion.

Keep it age-appropriate. Emotions and responses can vary.

Don’t wait for children to ask the
questions. They don’t always have the right language or emotional awareness.

3 thoughts on “How to Explain a Riot”