Anthony Ruggiero was hired as Beacon’s city administrator in 2015 and finished up this week to take a job with Dutchess County. He will be succeeded by Chris White, a former City Council member and deputy director of planning for Ulster County. 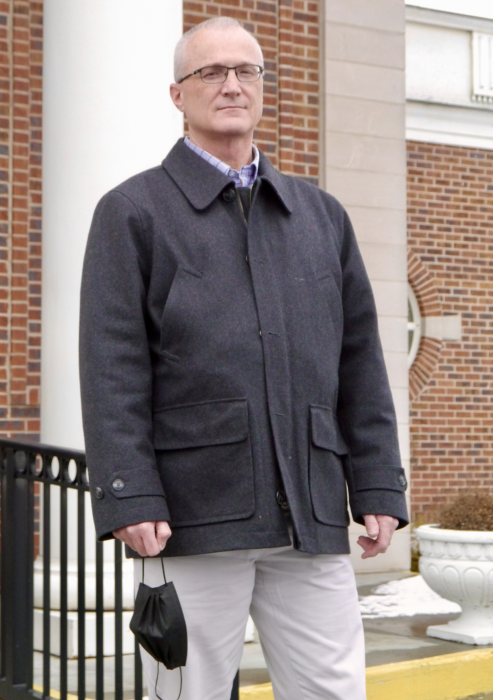 What is your new position?

I’ll be the assistant commissioner for administration for the Department of Behavioral & Community Health, under Dr. Anil Vaidian. I’ll be in charge of the facilities, overseeing programs, budgeting and personnel. I assume I will be involved in the COVID-19 response. In Beacon, we had a lot of direction [during the pandemic] from the local and state departments of health and I had to implement the plans. I think there will be a lot of that, as well.

You’re going from the fastest-growing city in the county to what is now the highest-profile county department.

Yes. Beacon is a fast-paced little city with a lot happening and a lot of growth. So I’m going to walk into something similar. The health department has always had a lot going on and affects many aspects of our lives, but, with the pandemic, people are seeing what it can do. I don’t see the pace changing, just the subject.

What was it like a year ago in Beacon, when the city stayed open after the virus began to spread?

The mayor was adamant about not closing. We had the utmost concern for our residents and workforce, but at the same time, this was new to everybody, and we still had to operate the city. We still had to provide services. A lot of places shut down their city halls and other departments, but we were able to keep things going. I’m proud of that. There was at a time when we weren’t sure what the right decision was, but when we started reopening, we realized we were that far ahead of everybody else. We were able to put protocols in place, to thin out our staff per the governor’s executive orders, while still providing municipal services. We have a small workforce, and we were able to be nimble and put the protection and barriers in place in a short amount of time.

Did anything prepare you for managing a city in a pandemic?

No. At the municipal level, there’s training for snowstorms, hurricanes and other weather issues, but not for this level of disease. The mayor and I are both history buffs, and so we thought about the Spanish flu [in 1918]. As George Santayana wrote: “Those who cannot remember the past are condemned to repeat it.” We had to use all our skills, and we had to be practical. What can you do? And how can you do it? I read a lot about the Spanish flu. There was social distancing then. There were masks. A lot of the stuff we were doing was already formulated.

You were here for nearly six years. What else are you proud of?

I’m proud of building a great workforce. I’m proud of serving the community. We focused on that and did a fabulous job, in my opinion. We worked hard on our water and our sewer systems to upgrade them with more than $11 million in water and $18 million in sewer projects. Both plants are no longer using software from the 1970s. We’re rehabilitating our water pumps and found another well. We’re also doing work on our dams. The Recreation Department has grown. We’ve done summer camp, we have the new walking trail over at Memorial Park, and we’ve upgraded the playgrounds and the basketball and tennis courts. I’m proud to have worked with the various councils, since the members change every couple of years.

The development debate got the headlines in Beacon, but a lot was happening behind the scenes.

There was. We’ve upgraded all our streetlights to LED and we constructed a solar farm. We’ve been building sidewalks on the east end of Main Street, Blackburn Avenue, the new playground at Green Street. There’s the electric charging stations. I understand the arguments that were being made [about development], but a lot of the good stuff we’ve done got lost.

How would you describe the two mayors you worked with, Randy Casale and Lee Kyriacou?

They’re both extremely passionate about the city. They were both wonderful to me. They’re both great to work for, and they want the best for the city.

What are you going to do on Monday nights instead of attending City
Council meetings?


I’m not sure yet. The new job will be my first one without a Monday night meeting in probably 20 years. I mentioned to my daughters that I will be home on Monday nights and they asked if I could stay in Beacon!