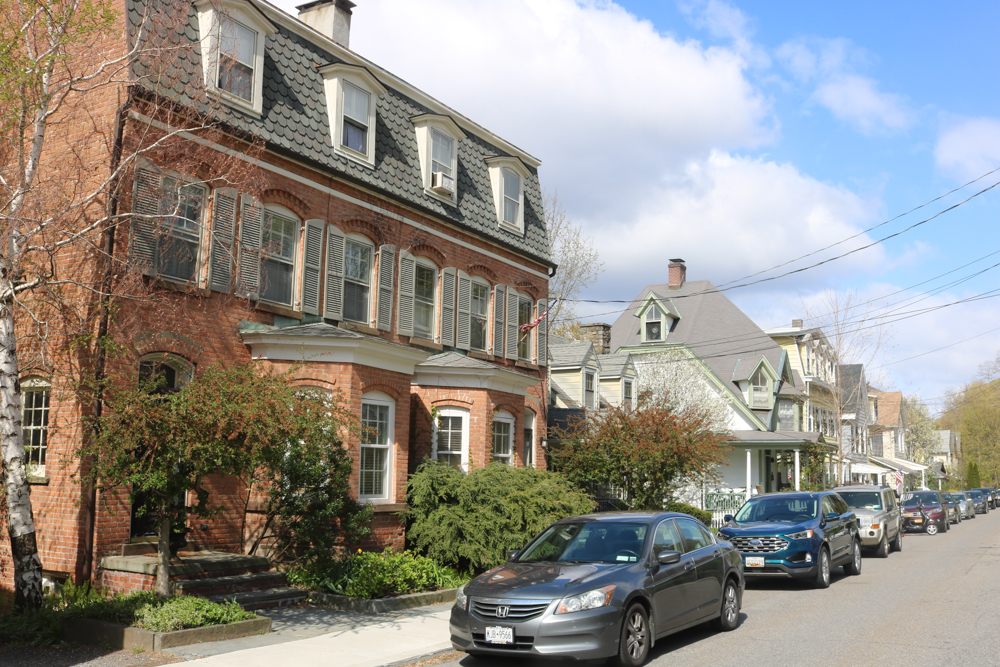 Short-term rentals would be allowed on Church Street, which is zoned R-1. (Photo by M. Turton)

Public hearing scheduled for May 6

The Cold Spring Village Board on Tuesday (April 20) made final changes to the draft of a proposed chapter of the village code that would regulate short-term rentals such as those booked through Airbnb.

Residents will have a chance to comment at a public hearing to be held via Zoom on May 6.

Short-term rentals have proliferated in the Highlands in recent years and only one Cold Spring resident spoke against allowing them at a packed public meeting in September 2019. Most commented on the need to regulate rentals, including the number of guests allowed.

“The proposed law was crafted with that [2019 meeting] in mind and I’m confident we addressed most, if not all, concerns,” Mayor Dave Merandy said on Thursday (April 22).

Cold Spring’s draft law would allow up to 34 short-term rentals in the village, and they would only be allowed in two zones: R-1 for single-family residences and B-1 for general business, which includes Main Street and most of the area west of the railroad tracks. The number is 5 percent of the tax lots in both zones.

The condominiums at Butterfield, Forge Gate and Spring Brook, and the apartments at Chestnut Ridge would not be eligible.

A lottery would determine who receives a nontransferable permit, which would be valid for one year. Applications would be accepted each year in August.

Other provisions in the proposed law include:

Deputy Mayor Marie Early said the board faced a challenge in determining a reasonable maximum number of short-term rentals for the village.

“STRs remove regular housing stock from the market,” she said. “That decreases the number of people who live in Cold Spring and contribute to village life — including volunteers all across the board.”

But she pointed out that the Comprehensive Plan recommends more accommodations for visitors.

“STRs are here to stay,” she said. “So why not put regulations in place that protect the community and provide additional accommodation?”

The resolution to take the proposed law to a public hearing passed by a 4-0 vote, excluding Trustee Heidi Bender, who resigned on April 15. Mayor Dave Merandy said on Tuesday he intends to appoint someone to the seat until a special election in November to fill the remainder of Bender’s term, which ends in 2022.

The proposed short-term rentals law, designated as Chapter 100 of the Village Code, is available at bit.ly/CS-STR, along with a permit application and additions to the village fee schedule.