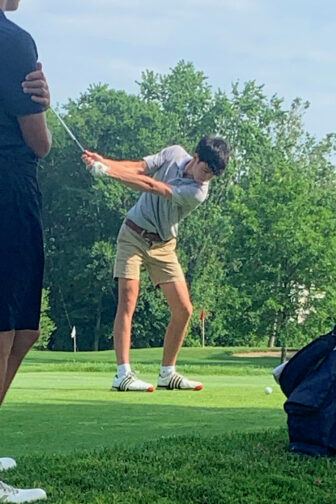 Ben Adi, a junior who was named All-League and All-Section, qualified for the postseason tournament as the No. 12 golfer in Section I. He played his first round at the Westchester Country Club on June 7 under tough conditions, with heat, rain and lightning stoppages, Donaghy said, but advanced to the next round at Wykagyl Country Club in New Rochelle the next day and finished tied for 13th.

The Haldane High School track and field team sent a small group to the Section I, Class C championship meets, with the boys competing on June 11 at Croton and the girls on Monday (June 14) at Valhalla.

For the girls, Eloise Pearsall finished seventh in the 800 meters; Andriea Vasconcelos was 10th in the triple jump; and Chloe Rowe finished 14th in the 800. 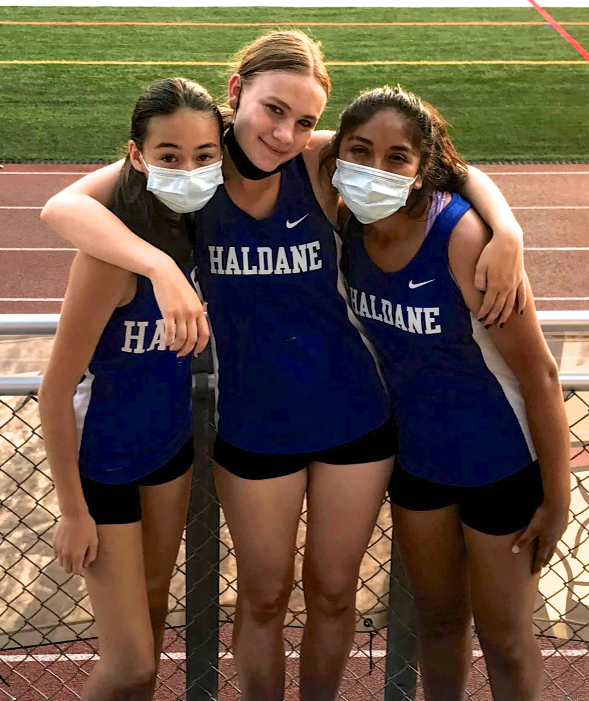 “It was a tough day with the heat and humidity, but we still got some nice performances,” said Coach AJ McConville.

For the boys, Luke Flagler finished eighth in the 100; Everett Campanile was sixth in the 3,200; Luke Parrella was 15th in the 1,600; Ben McEwan finished 25th in the shot put and the 4×400 relay team of Flagler, Campanile, McEwan and Dan Phillips finished seventh. McConville noted that most of the team members had their best performances of the season.

At the county championships earlier this month, Jake Patinella took fourth in the javelin at 113-7, setting a Haldane record.

The Beacon High School boys’ team finished second to Pearl River at the Section I, Class B championships in Montrose on June 9 and 10, with Mark Guzman winning the triple and long jumps and Zach Cader winning the 800 and anchoring the victorious 4×800 and 4×400 relay teams.

Guzman set a school record with his javelin throw of 158 feet, taking down a record (157-5) that’s stood since 1984. Henry Reinke was second and Ryan Liao third in the 400, and Evan Labelle was third and Sal Migliore fourth in the 800.

For the girls, Tamar Adams was fourth in the high jump, Alicia Williams was sixth and Rachel Thorne was ninth in the 3,000.

The relay team of Migliore, Cader, Reinke and Eddie Manente have launched a fundraiser at bit.ly/beacon-track to raise $5,000 for expenses to compete at a national track and field competition in Oregon.

Four members of the Haldane lacrosse team, which closed its season with a loss in the Section I semifinal, earned honors. Darrin Santos was named All-League and All-Section, and Daniel Santos, PJ Ruggiero and Evan Giachinta were named All-League. 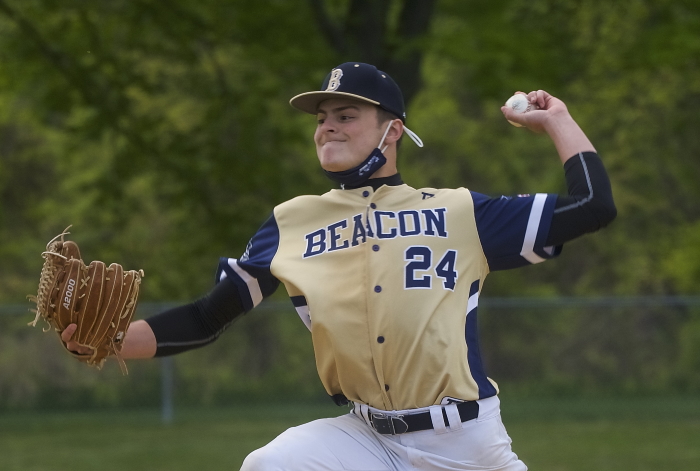 One thought on “Varsity Roundup”