The race to be the Republican candidate for Putnam County executive has ended: Legislator Carl Albano confirmed Wednesday (March 10) that he has folded his campaign, eliminating the need for a primary. 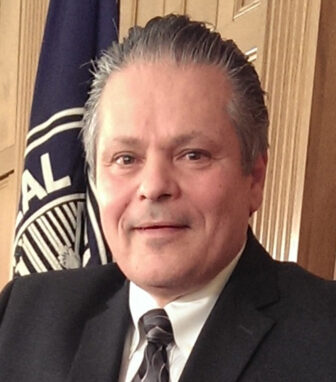 At the same time, a primary battle for the Republican line for the District 5 legislative seat held by Albano, who cannot seek re-election because of term limits, may be brewing after Greg Ellner, a Carmel resident, announced his candidacy on Wednesday (March 9). Patricia Sheehy, former director of the county’s Office for Senior Resources, who also lives in Carmel, launched her campaign last month.

As of Wednesday, the Putnam Democratic Committee had not announced a candidate for the seat, which represents parts of Carmel and Kent.

County Executive MaryEllen Odell, a Republican, also cannot run again because of term limits. Byrne and Albano each announced their candidacies in late 2021.

After Byrne won the Republican committee’s endorsement, “I decided to back out,” Albano said on Wednesday. “It breaks my heart; I could’ve done a good job [as county executive] but, you know, there’s a lot of different moving parts in this world.”

He said that Byrne, whose Assembly district includes eastern Putnam, “has a lot of momentum. I want to keep the party together, work as a team. I’m going to support Kevin and we’ll move forward.”

Albano was caught in a feud pitting Anthony Scannapieco, the longstanding chair of the Republican Committee who is also one of two county election commissioners, against dissident members. Scannapieco backed Albano and accused Byrne of “dishonor and disloyalty” and having “brought the party to the brink of broken.”

“There was a lot of stuff behind the scenes,” Albano said. “I don’t know if you can pick any particular thing” that hampered his campaign against Byrne. In the days following the vote, “tons of people” urged him to compete in a primary. “Everything is just timing and the way this stuff plays out,” he said.

Albano said being term-limited out of the Legislature “was one of the reasons I was running for county executive.” He doesn’t rule out future involvement. “I have a lot more energy [to devote], so I would probably want to do something either with the county or in the town.”

Sheehy oversaw the Office for Senior Resources from 2011 to 2017, when she retired. An Odell ally, she advocated establishing a county-supported Philipstown senior citizen center at the Butterfield complex in Cold Spring.

In statements, she has said that while “Putnam County has long prided itself as a community with deep-seated core values of democracy and freedom … The current progressive movement in America threatens those very values on our own doorsteps,” and that as a legislator she would “call out tyrannical leaders who would threaten our Second Amendment rights or infringe on our civil liberties.”

Ellner said that, among other goals, he wants to “eliminate unethical and/or corrupt practices in government” as well as “wasteful government spending,” freeze the pay of elected officials and “reform government to make it more user-friendly.”