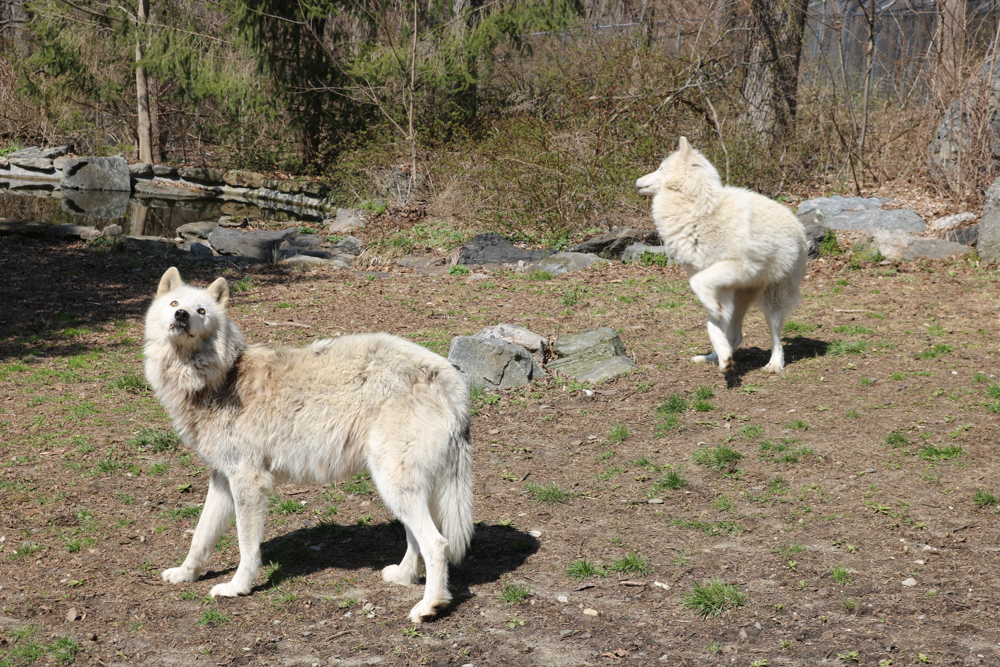 The debate over the presence of mountain lions in the lower Hudson Valley can get intense, but there is no argument we have wolves.

In fact, there are at least 30 within 25 miles of the Highlands.

The Wolf Conservation Center in South Salem has 34 residents, including 21 Mexican gray wolves and 10 red wolves; both species are considered critically endangered.

The center is part of a federal recovery-and-release program that places wolves back into their native habitat: the Mexican grays in the southwest U.S. and Mexico, and the red wolves in the American Southeast.

Nearing extinction, the last Mexican gray wolves were found in northern Mexico. The few remaining red wolves were located on the Gulf Coast in Texas and Louisiana. The tiny populations became the breeding stock for centers such as the one in South Salem.

Both species are kept away from human contact, in large, fenced areas within the 35-acre, wooded site, to prepare them for life in the wild.

The northern Westchester center, established in 1999, also has three “ambassador” wolves — Zephyr, Alawa and Nikai — who were born in captivity and are visible to visitors for educational purposes. 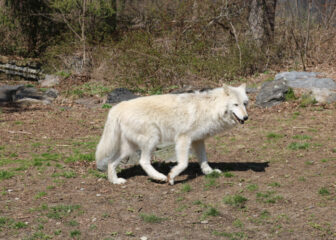 Wolves have been demonized for centuries but Maggie Howell, the center’s executive director, debunks the myth that casts the animals as villains and aggressive man-eaters.

“Generally, wolves aren’t even seen in the wild,” she says. Like most wild animals, “they want to be safe. They’re elusive and do not appear in front of people.”

A 2018 study published in Wilderness & Environmental Medicine found that most human deaths caused by animal encounters are not from wild animals like mountain lions, wolves, bears or sharks, but from farm animals; bee, wasp and hornet stings; and dog attacks. 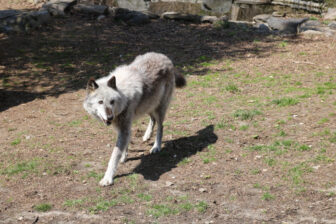 Not only are wolves not villains, Howell says, they are environmentally friendly.

“Wolves play an important ecological role as a keystone predator,” she says. “They can have a trickle-down impact on other plant and animal species in an ecosystem. Like everything else in nature, it’s all connected.”

The best documented example, she said, was when wolves were reintroduced to the northern range of Yellowstone National Park. “The rejuvenation of the landscape was remarkable,” she says.

The lesson from Yellowstone is that “we should not take any animal entirely out of its native environment,” Howell says.

While no predators prey on wolves, they do have competitors. “They’ll compete with mountain lions, bears and coyotes, but their biggest competitor would be other wolves,” Howell says. “The neighboring pack could be the competition; it can be a kind of warfare.” 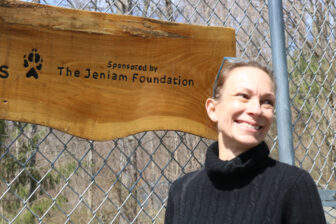 Wolves form tight bonds. They hunt together, nap together, love together and sing together. “It’s all about family,” Howell says. “Probably everything they do helps build those social bonds.”

Their howling, she feels, is about long-distance communication — and fun. “If they’re looking for a mate, they may have a ‘Hey, I’m single’ howl,” she says, adding that wolves also harmonize just for the fun of it, much as humans do.

“It’s like us sitting around a campfire or going to a concert and we’re all singing along,” she says. “It just feels good.”

So, what do you feed 34 hungry wolves?

Howell says because wolves will eat almost anything, the menu is “flexible,” but always includes meat. Much of the food is donated by hunters cleaning out their freezer or supermarkets providing food that can no longer be sold.

Howell says octopus has been the craziest menu item and that the three ambassador wolves reacted very differently. “Zephyr and Alawa ate it like they were slurping down oysters; it was gone!” she recalls. “Nikai wasn’t so sure; he thought it was a toy and kept throwing it up in the air.”

Something odd happened at the center during the pandemic, although Howell sees it as only coincidence. Wolves generally breed in February and March, with litters born in May or early June. The year before the pandemic saw 22 pups born at the center. But the seasons during COVID produced none.

This past February, Howell says, “something was in the air,” as three wolf couples bred enthusiastically for a week, so much so that she considered adding a “parental warning” to the site’s livestream. Her fingers are now crossed for some bountiful litters later this spring.

There has been progress, but the restoration of both species to healthy populations is far from complete. Red wolves were declared extinct in 1980. Today, there are 12 known to be living in the wild. Only a handful of Mexican gray wolves remained in the mid-1980s. Today there are 196, mainly in New Mexico and Arizona. Seven wolves born at the center have been reintroduced to their native habitat.

The center welcomes about 15,000 visitors annually, and many, including students, often ask how they can help wolves. Most of the center’s funding comes from donations (online at nywolf.org), or from visitors who are inevitably impressed when they see Zephyr, Alawa and Nikai up close. “They’re good fundraisers!” Howell says of the trio. But she says what is needed in the long term is a change in people’s attitude toward the animals.