If we had any idea how much time we’d spend hunting for things as we aged, would we have taken so much pleasure in Easter egg hunts as tots? The recurring adult search for mislaid keys, glasses, headphones and wallets does not feel like an adventure. Even the eventual discovery of the missing item is generally accompanied by a feeling of self-reproach rather than joy. 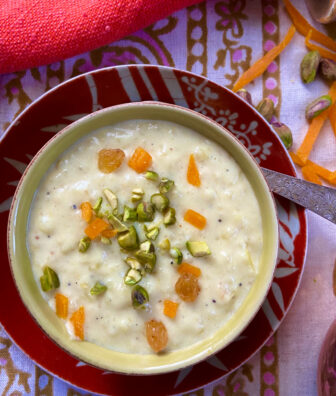 Yet, like our parents before us, we perpetuate this tradition, staging The Hunt as a holiday thrill. I confess I loved watching my children and their friends poke around for Easter eggs when they were little. Even more, I adored hiding eggs for them to find: big, brightly colored eggs in easy spots for the little kids, who went first; smaller eggs in trickier nooks for the big kids. It all seemed wonderful, at least as a spectator sport.

“Oh my God, yeah,” texted Dosi, my youngest, when I asked. “There’s just like something so delightful about searching for and finding candy.”

Henry, the middle child, chimed in. “It was super fun and felt cool to be the older kids who had the hardcore mode egg hunt.”

“Henry was a badass,” agreed Dosi. “Emphasis on the tense.”

“I definitely peaked at 7,” he replied.

Historians, meanwhile, have traced the origins of the Easter egg hunt to 16th-century Germany; some actually think it was initiated by Martin Luther for the betterment of his congregation. Yet the practice remained fairly obscure for two centuries until Queen Victoria adopted and popularized it, as she did so many holiday traditions. QVic, herself a hardcore badass if ever there was one, never hesitated to take time out from overseeing the largest empire in the history of the planet to stage a diverting family frivolity, then write about it in her journal. Which is how I know that, like me, she seems to have enjoyed choreographing holiday events for children.

Naturally, this got me thinking about food, because that’s what I do, and wondering why there aren’t more Easter dishes with surprises hidden inside them. Why not turn the whole day into a quest? (Apart from the church parts, of course.) Although the era when boxes of cereal and Cracker Jacks came with prizes inside has passed, a few significant dishes still perpetuate the idea of the hidden treasure. One that famously does is New Orleans’ Mardi Gras King Cake, with its tiny plastic baby tucked among gaudy folds of dough.

When I was little, my mother, following Finnish tradition, hid a blanched almond in the rice pudding she made every year for the holidays. Whoever got the almond would have good luck for the next 12 months.

I wasn’t seeking any kind of luck at all last week when I joined my mom for lunch at Kendal-on-Hudson, her retirement community. Yet, as it happened, the Kendal cafe was offering Indian rice pudding for dessert that day, packaged in little plastic cups. Chilled and slightly grayish, it didn’t look like much, but my mother urged me to take the last one. “It’s very delicious!” she said.

I was glad she insisted. Inside that throwaway container was a kheer as satisfying as any I’d ever tasted. Flavored with cardamom, it had pistachios, almonds and golden raisins secreted like little jewels among the creamy rice.

I suppose there’s a lesson here: If ever I feel the need to seek more treasures in my life, I should look first at what’s hiding right under my nose. Or, in the case of those missing glasses, right on top of my head.

Soak the rice in a dish of cool water, stirring gently from time to time, for about 5 minutes. Rinse thoroughly and drain well.

In a heavy-bottom saucepan or Dutch oven, melt the coconut oil over medium-low heat. Add the cardamom, pinch of saffron and the drained rice, and cook, stirring, for 2 minutes.

Add the milk, coconut milk and salt, raise the temperature to medium and bring to a simmer (watch closely; the mixture can boil over suddenly at this point). Then lower the heat and cook at a bare simmer for at least 1 hour, or until reduced and quite thick, stirring every 5 to 7 minutes at first, increasing in frequency as the mixture begins to thicken. You’ll need to stir regularly toward the end so the pudding doesn’t burn to the bottom.

After an hour or so, stir in the sugar and half the dried mango and pistachios, plus the raisins and rosewater, if using. Cook until the sugar is dissolved. Taste, and adjust for sweetness and salt, then serve warm, or transfer to the refrigerator and cool. Serve topped with remaining chopped pistachios and mango.

*Cardamom varies in strength depending on age and variety; start with ½ teaspoon and add more to taste.