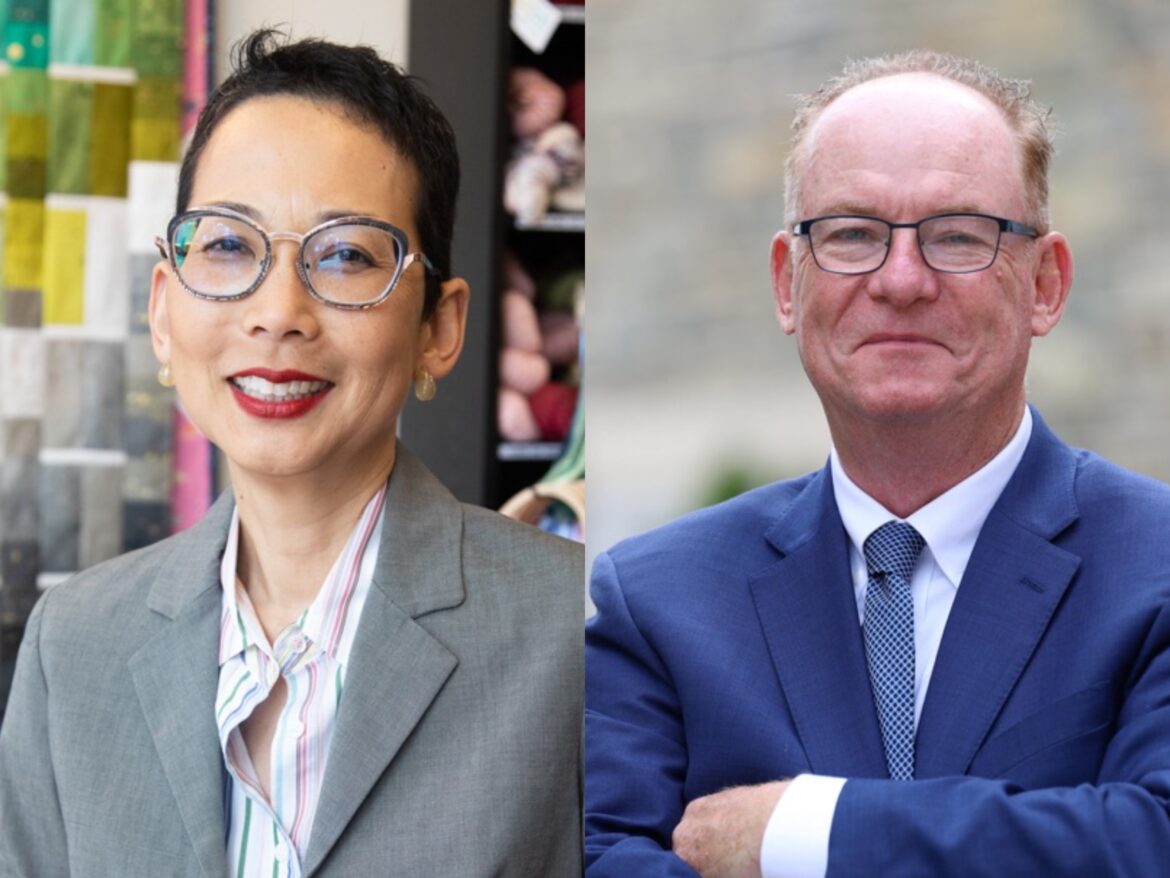 For the first time since 2015, someone other than Sue Serino will represent Beacon and Philipstown in the state Senate.

Redistricting reshaped the boundaries of the 41st District that the Republican represents. Beacon and Philipstown are now part of the reconfigured 39th District, which starts west of the Hudson River in Montgomery, encompasses Poughkeepsie to the north and reaches east to the Connecticut border.

Without an incumbent, two first-time Senate candidates are running for the seat: Julie Shiroishi, a Democrat in her first campaign for elected office, and Rob Rolison, a Republican who is the mayor of the City of Poughkeepsie.

Shiroishi is a book-publishing professional who has lived in Beacon with her family since 2007. The election of Donald Trump as president nine years later kindled her involvement in politics, said the California native, whose father was among the Japanese Americans imprisoned in U.S. camps during World War II.

“I took it for granted that, as a society, we were becoming more tolerant and open-minded,” she said. “When he won, I felt guilty. I thought, ‘Wow. This has been here all along, and I should have been doing something to prevent this from happening.’ ”

Shiroishi began knocking on doors for candidates, befriending Karen Smythe during her run against Serino in 2018 and managing Smythe’s rematch with Serino in 2020. Shiroishi was chief of staff for Assembly Member Jonathan Jacobson, whose district includes Beacon, when the Dutchess County Democratic Committee elected her in December as its chair.

Shiroishi said her behind-the-scenes work on behalf of Smythe, Jacobson and the county committee introduced her to people in areas outside of Beacon that will be part of the 39th District. 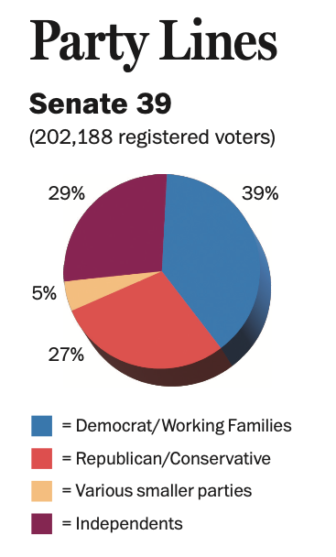 Shiroishi also backs investments in affordable housing and infrastructure repair, universal child care and training for high-demand, high-paying jobs that do not require a college degree, such as in high-end manufacturing, health care and the construction trades.

“We need to make sure that college is accessible and affordable for those who want to go, but also show our kids that there are other ways to have successful lives,” said Shiroishi, whose father drove trucks for a living.

Asked about issues specific to Beacon, Shiroishi said that addressing the city’s shortage of affordable housing and supporting the long-planned construction of a rail trail from Beacon’s waterfront to Hopewell Junction, estimated to cost $20 million to $30 million, are important.

“Making sure that those are benefiting the community is important,” she said. 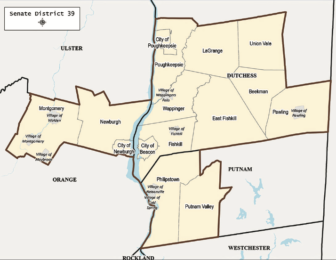 The state Senate district that includes Philipstown and Beacon was redrawn based on 2020 census data.

While Shiroishi is seeking elected office for the first time, Rolison is a former Town of Poughkeepsie detective and Dutchess County legislator who is in his second term as mayor of Poughkeepsie.

Shiroishi has attacked Rolison because an annual state Comptroller’s Office report that rates the financial health of municipalities designated Poughkeepsie as the one with the most “fiscal stress.”

On Monday (Oct. 17), in releasing the city’s 2023 budget, Rolison said a $13.2 million general fund deficit he inherited when taking office in 2016 is now $2.8 million, and that the remaining deficit should be eliminated next year.

Barred by law from seeking a third term, he said that his experience as mayor in a heavily Democratic city is what he wants to bring to Albany. The state Legislature, where Democrats control the Senate and Assembly, “is not working under one-party rule,” he said.

“People need to start having discussions with one another, which I don’t see happening in Albany, as it relates to working across the aisle,” he said. “They’re not working together to find common-sense solutions to many of the challenges that we face, and we face many.”

Rolison named as priorities the economy, the cost of living and “the situation that we find ourselves in as far as crime is concerned and the criminal justice reforms that went too far too quickly.”

During a candidates’ forum organized on Oct. 13 by the NAACP’s Newburgh-Highland Falls Branch, Rolison also defended affordable housing, which is lacking in Poughkeepsie, as it is in Beacon. Affordable housing “is not a bad word,” said Rolison, who described himself as “an advocate for all types of housing” in Poughkeepsie.

Democrats, in the wake of the U.S. Supreme Court ruling in June reversing Roe vs. Wade, have also attacked Republicans on abortion rights. But Rolison said he is “not running to go to Albany to stand between a woman and her health care.”

In terms of gun control, “sensible gun laws make sense, and getting guns out of the hands of people on the street who are committing acts of violence is also a priority,” he said.

2 thoughts on “Highlands to Get New State Senator”