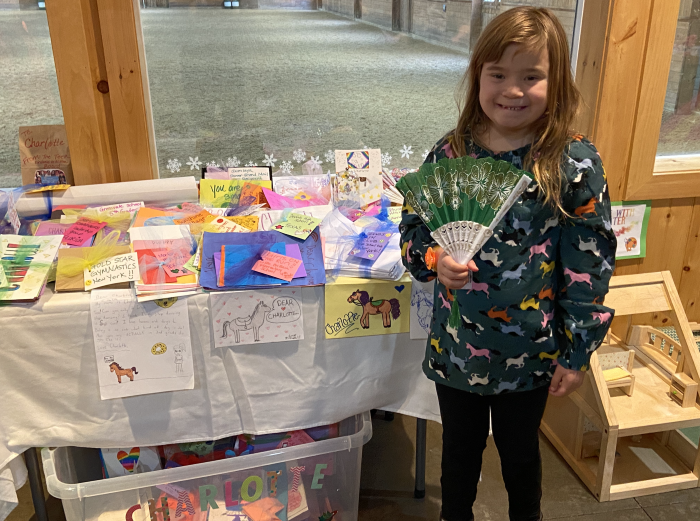 GOT YOUR BACK — Be A Friend, an anti-bullying organization based in Cold Spring, on Dec. 2 presented Charlotte, a 7-year-old from New York City, with 1,100 letters and gifts at the Topfield Equestrian Center. When a parent or teacher identifies a young person who is being severely bullied, Be A Friend mobilizes a letter-writing campaign to offer encouragement and support. (Photo provided) 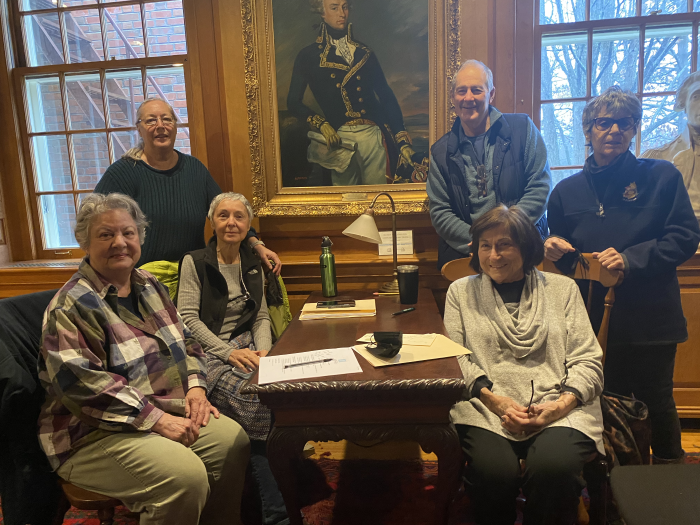 NEW LEADER FOR FRIENDS — David Lilburne, co-owner of the Antipodean Books, Maps & Prints on Garrison’s Landing, is the new president of the Friends of the Desmond-Fish Public Library. He will succeed Teri Waivada in the new year. Lilburne, a longtime trustee on the library’s board, stepped down from that position. Shown are Pat Mondini, Diana Swinburne, Sylvia Wallin, Waivada, Lilburne and Cathy Lim. (Photo provided) 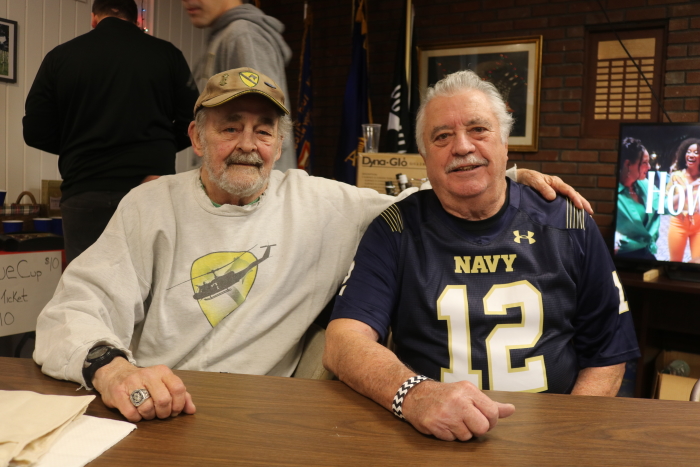