Plus, other PILOT agreements in place in city

Mirbeau Inn & Spa Beacon will have to wait until at least next month to learn whether the Beacon school district will support its request for a 15-year property tax abatement.

The company, which purchased the historic Tioronda Estate on Route 9D in February for $10 million, has asked the Dutchess County Industrial Development Agency (IDA) to approve a payment-in-lieu-of-taxes, or PILOT, agreement that would guarantee a tax break for the duration of the deal.

The IDA has asked the City of Beacon and the city’s school district to endorse the request because it is longer than the 10-year agreements typically granted by the agency — although neither is required for approval. Beacon officials wrote a letter of support last month after the City Council discussed the matter in a closed session.

After two lengthy discussions during public meetings, school board members have not made a decision. The discussion will continue at the board’s Jan. 9 meeting.

PILOT agreements are often granted to companies that are judged to bring with them significant economic or job growth, or another public benefit, such as affordable housing stock. The agreements demonstrate stability to lenders and can help a developer qualify for financing.

Under a PILOT, a company typically makes an annual payment to a municipality or school district instead of paying property taxes based on assessed value. There are seven such agreements in place in Beacon (see below).

Mirbeau’s request, if approved, would base its yearly payment on assessments, but at a reduced rate. The property, currently worth $3 million, would be assessed by the city once construction is complete and every year thereafter. Mirbeau would pay the tax it was paying before construction, plus 50 percent of the difference between that base and its new assessed value in Year 1.

The percentage would increase in subsequent years until reaching 95 percent in Year 15. After that, the property owner would pay full taxes.

The Beacon Planning Board on Dec. 13 approved the first phase of Mirbeau’s plans to redevelop the 64-acre site with a luxury spa and hotel, among other amenities.

A day earlier, Ed Kellogg, one of the owners of the development company, told the school board that obtaining the PILOT would be “what makes it work for us.” Citing construction and materials costs that have ballooned to $54 million for the first phase, in addition to up-front investments, such as land acquisition, he said that achieving the tax savings is “even more critical than it was before.”

Kellogg said that Mirbeau plans to begin work in February at the site, which has been vacant since the Craig House psychiatric hospital closed in 1999. The spa is expected to open in the fall of 2024, although a full buildout could take a decade.

The property owner pays the city and school district about $100,000 in total annual property taxes. Under the agreement, by the third year, they would pay an estimated $175,000 annually to the district, Kellogg said.

If the PILOT isn’t approved, Mirbeau might put the project “on the back burner for a while, until conditions change,” he said. Or, because of the city’s stringent architectural standards for historic properties, the firm could redesign the project. “It would put a big question mark on whether we go ahead,” Kellogg said.

If the request is granted by the IDA, the property would be removed from the tax rolls for 15 years. That could hurt the school district, which in recent years has benefited from what is known as “a tax base growth factor” — a mechanism through which the state allows districts to increase their levies based on a jump in taxable assessments.

The district has also used federal funding from the American Rescue Plan to address the mental-health crisis among teens and pandemic-related learning loss, but that money will disappear in the next two years, said Board Member Kristan Flynn.

“The Beacon boom that has occurred — that is about development and Main Street — there is a chunk of that that doesn’t touch our students,” she said. “The district is 10 years behind that, largely because of lack of funding and instability.”

Noting that “cash is cash,” Kellogg argued that PILOT revenue would offset any adjustments to the district tax levy, while the spa would create 125 fulltime, well-paying jobs.

The PILOT is “something we need,” he said. Not getting it “casts a dark shadow on the whole project.” 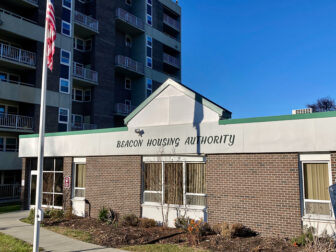 Beacon Housing Authority
What it is:
One of 3,200 housing authorities nationwide that’s funded by the U.S. Department of Housing and Urban Development. Manages the Forrestal Heights and Hamilton Fish Plaza low-income apartment complexes. 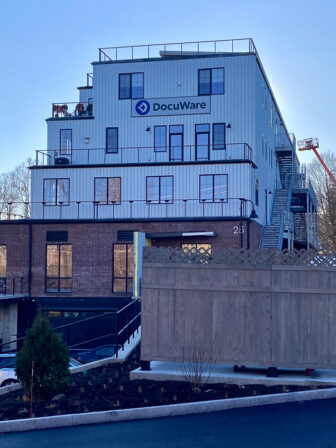 23-28 Creek Drive
What it is: 8 apartments plus 20,000 square feet of commercial space. The site will become the U.S. headquarters of Docuware, a German document management firm. Its taxable value is $3 million.
Length of PILOT: 10 years
Approved in: 2020
Approved by: Dutchess County Industrial Development Agency
Payments: In Years 1, 2 and 3, the company makes payments equal to 50 percent of what its property tax would have been. The exemption percentage decreases from there. In Year 10, the exemption is 5 percent. The company also received state and county sales tax exemptions. 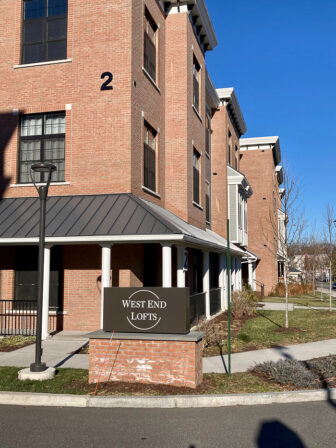 West End Lofts
What it is: 98 apartments, 72 of them considered “affordable” based on the area median income, including 50 live/work spaces for artists. It is assessed at $3 million.
Payments: The development made an initial PILOT payment of $170,000. Subsequent payments will increase at the same percent of increase, if any, in annual rents. The payment cannot be less than $170,000.
Approved in: 2018
Length of PILOT: 32 years
Approved by: City of Beacon 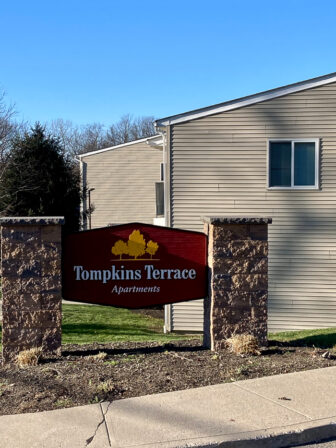 Tompkins Terrace
What it is: 193-unit low-income apartment complex
Approved in: 1976
Length of PILOT: In perpetuity
Approved by: New York State Division of Housing and Community Renewal
Payments: The annual payment is 10 percent of the rent collected in the prior year. The development is assessed at $9.7 million. 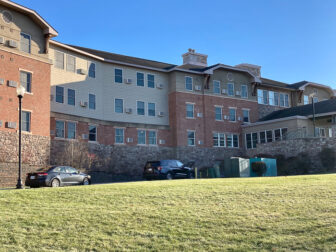 Meadow Ridge II
What it is: 52-unit low-income senior housing complex
Approved in: 2006
Length of PILOT: 30 years
Approved by: City of Beacon
Payments: The Matteawan Road development, assessed at $2.3 million, makes annual payments of $30,000. The amount may increase annually by no more than the average percent increase in taxes for the preceding year by the city, county and school district. Meadow Ridge I, an adjacent senior housing development, doesn’t have a PILOT and pays full taxes. It is assessed at $2.4 million. 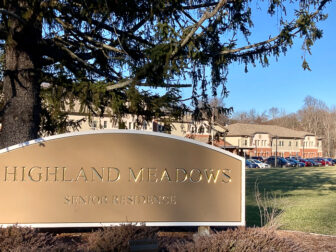 Highland Meadows
What it is: 68-unit low-income senior housing complex
Approved in: 2016
Length of PILOT: 30 years
Approved by: City of Beacon
Payments: The development made an initial PILOT payment in 2017 of $53,095. Subsequent payments will change by the percentage increase (or decrease) in tax rates established by the city. It is assessed at $2 million. 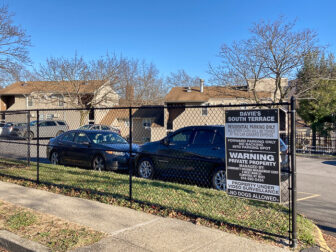 Davies South Terrace
What it is: 124-unit low-income apartment complex
Length of PILOT: 30 years
Approved in: 2007
Approved by: Dutchess County Industrial Development Agency
Payments: The annual payment for the complex is 10 percent of the rent collected in the prior year. It is assessed at $13 million.