Refers to his own blogs as proof of Stewart role

Fox News and the PCNR have posted comments from Fox employee Pat Caddell, a former Jimmy Carter White House pollster, alleging that Gordon Stewart, former deputy speechwriter, has taken undue credit for writing Carter’s 1979 “Crisis of Confidence Speech.” As part of his attack, Caddell cited New Yorker Senior Editor Hendrik Hertzberg, Carter’s former chief speechwriter, as someone who provided evidence for Caddell’s claim. Caddell obviously did not confer with Hertzberg who, it turns out, does not agree with Caddell’s assertions. [Read an interview with Gordon Stewart here.] 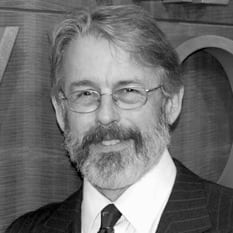 Asked in a phone interview whether, as Caddell has alleged, Stewart had sought to draw attention to himself by writing a 2009 New York Times op-ed article on the 30th anniversary of the speech, Hertzberg pointed out that the Times had first asked him, and since he couldn’t do it, he suggested Stewart. “It wasn’t his idea; it was The New York Times’ and mine,” said Hertzberg.

Caddell has also asserted that Hertzberg’s own blog posts on the New Yorker website indicated that Hertzberg sought to distance himself from Stewart’s account and had observed that Stewart’s role was limited to advising Carter on staging advice for the speech. “That’s not true; read the blogs,” said Hertzberg.

In his post of July 17, 2009, Hertzberg wrote, “My friend and, at the time, White House colleague Gordon Stewart had an excellent anniversary op-ed about the speech in Wednesday’s Times.” Asked if Stewart was in fact working on the speech with Hertzberg, he answered with an unconditional “Yes. What we were doing was writing and rewriting.”

While Caddell made light of Stewart’s contributions to advising Carter on speech presentation, Hertzberg wrote: “In fact he (Carter) never delivered a television speech better than he did this one. Much of the credit for that must go Gordon Stewart.”

Asked if Stewart had ever to his knowledge attempted to take undue credit for the speech, Hertzberg was quick to say no. “There were too many people involved, including the president — how could he do that? He certainly didn’t do it in front of me.”