On Monday, May 13, Putnam County SPCA officers were dispatched to the Lake Ossi area of Mahopac in the Town of Carmel responding to a local resident’s complaint that they had observed an individual with what appeared to be a rifle shoot a Canada goose, leaving its dead body close to the shore line. SPCA officers were joined by a New York State Department of Environmental Conservation (DEC) officer who was contacted by the SPCA for investigation into possible hunting/environmental offenses. 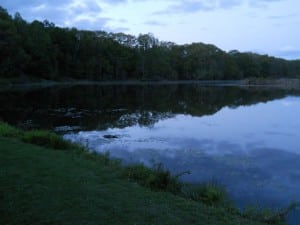 Officers interviewed the individual with the rifle, who had been seen walking away from the lake. SPCA officers charged the resident, 44-year-old Gregory Stefkovic, who admitted to shooting the goose, with one count of animal cruelty (Class A Misdemeanor). Stefkovic also provided the officers with the .177-caliber air gun rifle that he shot and killed the goose with.

The reason given was that there was too much feces left by the geese in the area surrounding the lake, making it an issue for children to play there.

The DEC officer also issued several summonses for hunting-related violations. Stefkovic will be arraigned on all charges at the Justice Court of the Town of Carmel on June 11. SPCA Chief Ken Ross said, “In New York state, all animals are protected under the cruelty statutes. Injuring or killing any animal, outside of its permitted hunting season, is a crime.”