By Michael Turton and James Kelly

In October, The Current looked at the history of street names in Cold Spring. Now it’s time to travel around Philipstown.

Named for Colonel Thomas Arden, who in the 19th century owned what is now the Highlands Country Club. Arden Point, a.k.a. Flat Rock, also bears his name. Arden was a graduate of West Point and fought with the 124th New York State Volunteers in the Civil War.

Named for Colonel James H. Barrett, a Revolutionary War hero who fought with the colonial militia at the Battles of Lexington and Concord.

Named for the owner of Warren’s Tavern, which was built in 1761 and operated until 1832. It later became the Bird & Bottle Inn. Warren was the great-grandfather of Emily Warren Roebling who, after her husband Washington Augustus Roebling fell ill, supervised the building of the Brooklyn Bridge. 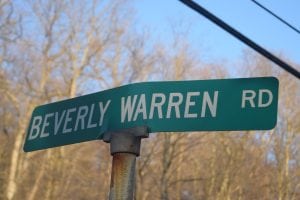 Named for the pond that feeds Foundry Brook, the stream that provided power to the West Point Foundry and was once known as Margaret’s Brook.

Named for one of the first families to settle in the area, including David Hustis in 1730. The family owned most of the land on the eastern side of Mount Beacon, from present day Vera’s Philipstown Market to the Dutchess County line. The Hustis family operated a dairy farm and delivered milk, cheese and eggs.

May have derived its name from an old wive’s tale about a romance between a Native American woman and a member of Henry Hudson’s crew. Thomas Rossiter, the 19th century artist and Cold Spring resident, created an illustrated poem based on the tale. The father of an Indian princess denies her permission to marry Hudson’s mate. Brokenhearted, she kills herself by jumping off Indian Falls or, in Rossiter’s version, Breakneck. The road is included in the National Register of Historic Places. 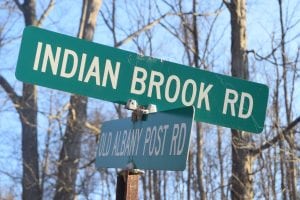 Named for another of the area’s earliest families, including Joseph Jaycox, who was mentioned in a survey of area roads in 1745.

Known as Highland Station Road until 1915, it was renamed after Manitou Mountain, located on the north side of Anthony’s Nose. The road terminated at the Highland Chemical Works, which in the mid-19th century employed 80 people and  produced some 52,000 pounds of sulfuric acid a day. Once a bustling industrial center, Manitou Station is now a whistle-stop on the Metro-North Hudson Line.

Listed in the National Register of Historic Places, it was part of the first road to link New York City with Albany, following trails established by Native Americans. It is one of the oldest unpaved roads in the U.S. 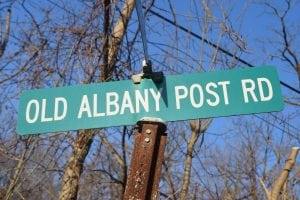 Route 9 was called Highland Turnpike until the 1920s. Fragments of the original road use the prefix “Old.” The turnpike was designed as a flat, wide toll road, while Old Albany Post Road was a stagecoach route.

Before Cat Rock Road was connected with Highland Turnpike this road led to the ferry to West Point.

Named for Adolph Phillipse, a wealthy and politically minded merchant from New York City. In 1697 he purchased land encompassing present-day Philipstown from two Dutchmen, Lambert Dorlandt and Jan Sybrant, who had purchased a deed to the same land from Native Americans 10 years earlier. Phillipse is sometimes called “the first citizen of Philipstown.”

These names have a historic ring to them but were only named in the 1990s when Philipstown’s fire departments asked that unnamed roads be called something for safety reasons.

Named for Titus Travis, who settled in the area prior to the Revolution. The former Travis mansion can be seen just north of the corner of Travis Corners Road and Route 9.

8 thoughts on “Philipstown: What’s in a (Street) Name?”