The Beacon Planning Board on July 10 affirmed its two-step environmental approval for the downsized Edgewater proposal near the Metro-North station.

The first approval means the board concluded the project is not expected to have a “significant adverse” effect on the environment or municipal resources such as the school system and nearby roads.

The second approval confirmed that the project meets the standards of the Local Waterfront Revitalization Program, a set of guidelines adopted in 1991 and revised in 2011. 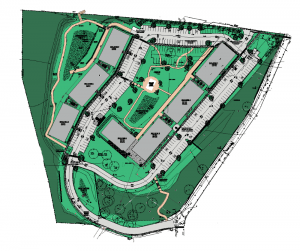 The board originally granted both approvals in December after months of debate, particularly over the project’s impact on the Beacon City School District. But a recent zoning change by the City Council required the developer to downsize the development by about 20 percent and prompted the return to the Planning Board.

The board’s verdict was largely a formality, as little had changed with Edgewater’s plans other than a reduction in the number of units, from 307 to 246.

Board member Jill Reynolds, however, asked why the project still has seven buildings of the same size despite losing 61 units. The developers responded that they had made each apartment larger, maintaining the buildings’ square footage and the potential for tax revenue for the city.

The next step is a public hearing during Monday’s (July 16) council meeting on Edgewater’s request for a special-use permit, which is required because the development will include multifamily housing. If the permit is granted, the developers would return to the Planning Board for final approvals.

5 thoughts on “Edgewater Gets Approvals, Again”