New York State is dangling $6 million in grant money as an incentive, again, as it tries to unload the empty Beacon Correctional Facility.

The 39-acre former women’s prison, tucked behind Beacon High School and adjacent to the city’s Highway Department, comes with a “strong transit infrastructure and an economic environment friendly to a wide variety of industries,” according to a Request for Proposals (RFP) issued last month.

Before the prison opened in 1981, the site, about two-thirds of which sits inside Beacon’s city limits, was home to the Matteawan State Hospital. The RFP suggests that the property, which also includes 22 vacant buildings, could be repurposed for commercial or mixed-use development that generates jobs and economic activity. The state said it would consider residential development as a component of a mixed-use project but its preference is to not have housing dominate the site.

A separate application is required to apply for the $6 million. 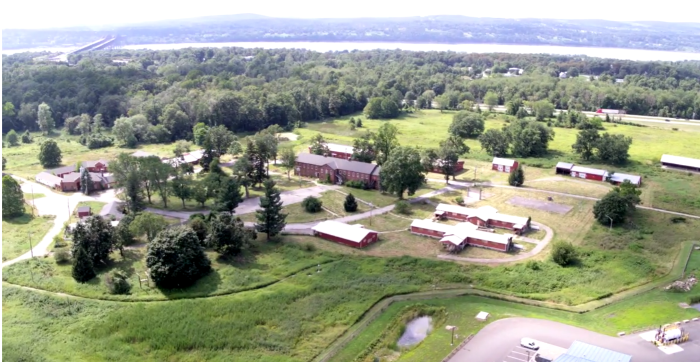 The City of Beacon is not likely to submit a proposal, said Mayor Randy Casale, although he said he’d personally like to see a vocational school at the location. “Kids who are out of high school need somewhere to go for job training,” he said.

State officials will lead prospective bidders on a tour of the former correctional facility on Oct. 11. Proposals are due by Dec. 20.

New York first asked for proposals for the property in 2014, a year after the prison was decommissioned. That campaign ended with only one submission, from the New York City-based Doe Fund, which wanted to create a farming and job-training center to serve homeless and impoverished people.

The Doe Fund withdrew its proposal in 2017 after a coalition of local officials — including Casale, Dutchess County Executive Marc Molinaro and state Sen. Sue Serino — wrote a letter asking Gov. Andrew Cuomo to reject it.

Read a letter critical of this decision.

Bob LaColla, the Town of Fishkill supervisor, who also signed the letter, said the officials opposed the Doe Fund proposal because it had evolved from an economic development plan to a social-services one. The coalition was also concerned that the state would not receive any money from the sale of the site, while the Doe Fund would receive a disproportionate amount of state and federal funding for its project, according to the letter. The $6 million in grant funding was available then, as well.

LaColla said he expects there will be more proposals related to jobs and economic growth this time around. For the 12-month period ending in August, private sector jobs in Dutchess and Putnam counties grew less than 1 percent, although job growth was significantly higher elsewhere in the region, according to the state Department of Labor.

2 thoughts on “For Sale: Beacon Prison”