The Highlands Current won 15 awards in the annual editorial and advertising contest sponsored by the National Newspaper Association for stories and photos published in 2018. The newspaper has won 31 NNA awards since 2016.

There were 1,510 entries in the contest, and 97 member papers from 36 states won 485 awards. Judging was performed primarily by community newspaper editors and publishers, retired university journalism professors and retired or former newspaper professionals.

The Current was awarded second place for general excellence among non-daily papers with circulations of 3,000 to 6,000. 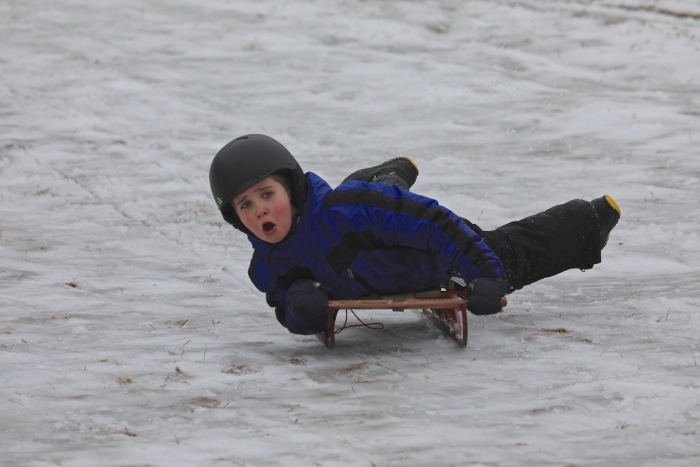 He also won for a photograph of a sledder on Winter Hilll in Garrison looking for the brakes.

In the feature photo category for non-dailies with circulations of 3,000 to 6,000, Michael Turton won first place for “Hudson Haze” and Ross Corsair was third for his shot of a sledder on Winter Hill we called, “How Do You Steer This Thing?” (above). 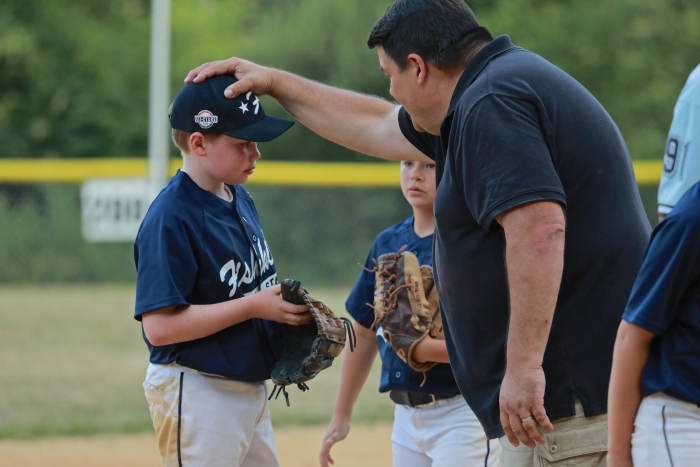 Ross Corsair was honored for this photo of a coach offering encouragement.

Corsair nearly had a sweep in the photo essay category for papers with circulations of 3,000 to 6,000: he won first place for The Fight Scene (from the Haldane production of Romeo & Juliet), third place for Play Prep (from the annual Tots Lot clean-up) and honorable mention for Shanty on the River (about a research vessel that passed by the Highlands). He also received an honorable mention for a sports photo in the 3,000 to 5,000 category of a coach comforting a Little League player (above).

In video journalism, Mark Westin won first place among all papers with circulations of 3,000 to 6,000 for The Green Man, a look behind the scenes of the Hudson Valley Shakespeare Festival production last summer of Robin Hood.

In the advertising categories, Kate Vikstrom won first place among non-dailies with circulations of 5,000 or less for a color ad she designed to promote the Hello Again, Dolly! Festival. Michele Gedney won second place in the same division for multiple-advertiser sections for her Summer Camp Guide.