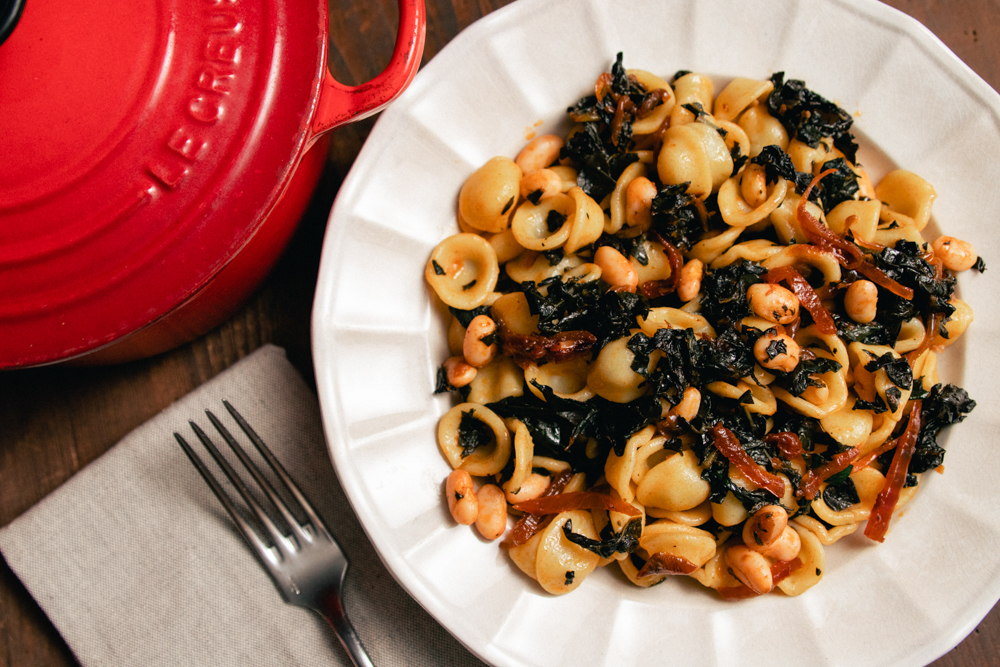 Kale’s 15 minutes of fame may have long passed, but kale itself isn’t going anywhere. Nor, apparently, is the need for great ways to prepare it. Just a few weeks ago, some Zoom friends asked if I had any brilliant kale ideas up my sleeve.

Well, gee, since you ask…

I had assumed that by now, everyone had gathered their own cache of reliable kale-recipe flotsam from the tidal wave of kale enthusiasm that swept the country a decade ago. But maybe it’s time for a refresher.

After all, kale doesn’t offer up its deliciousness as freely as a luscious summer tomato or delectable spring peapod. And while its hardiness is a blessing during these yearning, late-winter weeks, it is bitterer and chewier than other leafy greens such as spinach and Swiss chard. Indeed, kale is a bit like a tough cut of beef: amazing when made well, but in need of a bit extra time and care to get there.

But the very traits that make kale challenging also mean that it holds up beautifully in things like soups, stews and braises, and a kale salad becomes a much happier leftover than one made from its more delicate, wilting cousins.

I’ve never shared my family’s very favorite kale recipe on these pages because I feared that few people would make it. That’s because it contains a dark and salty secret: anchovies. Don’t get me wrong; I understand why people shun them. Most anchovies are pretty awful. And even the best ones should never, ever sprawl across a slice of pizza, which is how most Americans encounter them. Whoever came up with that idea deserves to be slapped.

But while I don’t like to proselytize, you really should give these little oily fish a chance if you aren’t already familiar with their magic. A good anchovy or two cooked long and slow into a sauce adds an irreplaceable layer of depth and complexity, the way vanilla does to a cake, molasses to baked beans or black pepper to a pan of scrambled eggs. You wouldn’t eat any of those ingredients by the spoonful either (or for that matter drape them over your pizza), but that doesn’t mean you don’t appreciate what they bring to your cooking.

Let me put it another way. Yes, OK, I realize that I drag my poor family into this column overmuch. Forgive me; I’ve had no one else to feed for more than a year. But even in more gregarious times, I don’t always trust my own palate (I like pretty much everything). So I figure if all four of them go nuts for a dish, it’s probably pretty good. They are my own personal Greek chorus, judges’ panel and star-rating system, in other words. That said, if any of you simply cannot bear to encounter them yet again, stop reading now.

To the rest of you, I offer this: My kids have adored this dish, anchovies and all, since they were toddlers. And their eyes still light up whenever I serve it for dinner. Brighter even than for pizza? “Oh hell, yeah,” says Dosi.

Note: Save the water used to blanch the kale in Step 2, and use it to cook the pasta — you’ll regain some of the vitamins that leached into the water. As for which anchovies to choose, try a small jar from Agostino, Ortiz or Roland.

Heat your largest skillet over medium, warm the olive oil, then add the sliced onion. Cook, stirring occasionally, until the onion begins to color, about 5 minutes. Add the anchovy and mash to a paste with the back of a wooden spoon or fork. Add the tomato, raise the heat to medium-high and bring to a boil, then lower the heat and cook at a bare simmer, stirring occasionally, until the sauce is reduced by about a third, thick and rust-colored, about 20 minutes.

Meanwhile, bring a large pot of water to a boil; salt generously. Strip the kale leaves from the stems (holding the stem in one hand, grasp the leaf at the base with your other hand and slide towards the tip). Discard tough stems. Add leaves to water and blanch 4 to 5 minutes. Remove and drain kale, reserving water (see note). When kale is cool enough to handle, rough-chop and add to the skillet. Toss to coat, then cook, stirring occasionally, about 30 minutes, until the kale is deeply caramelized: chewy-soft and nearly black, adding a splash of water if the vegetables are drying out.

Meanwhile, bring the kale water back to a boil, add the pasta and cook according to package directions.

About 5 minutes before the pasta is done, drain and rinse the beans, then mix into kale-tomato mixture. Add salt and pepper to taste. When the pasta is nearly finished, drain, reserving a cup of the water, then toss together with the kale mixture. Heat through and serve.

2 thoughts on “Mouths to Feed: You’ve Got Kale”